Geek News Highlights - The Bumper Back from the Dead Edition

It may be scheduled for release in early 2016, but DC Comics' superhero mash up, Batman vs Superman: Dawn of Justice remains one of the most eagerly awaited and talked about comic book films in recent memory (well, at least till Age of Ultron gets lined up). Having periodically teased set pics over the past few months, director Zack Snyder took to social media once again to unveil some close-up shots of the new Batmobile.

We too, were quite eager to take a gander at Batman's high tech pimped out ride, but could not help shake the feeling that it bears a striking resemblance to the one designed for Batman: Arkham Knight gaming title. In terms of previous Batmobile incarnations, this one looks the business, and will certainly make for great viewing in the cinema when 2016 rolls around.

But, it has divided opinion among the droves of Batman fanboys, specifically for the machine gun-esque turret mounted on the front. The reason for the uproar stems from the fact that Batman, although brutal in the way he incapacitates his enemies, does not resort to killing, in any regard. It should therefore prove interesting how this new Batmobile's turret will be put to use, regardless of which side of this guns/no guns debate you find yourself on. 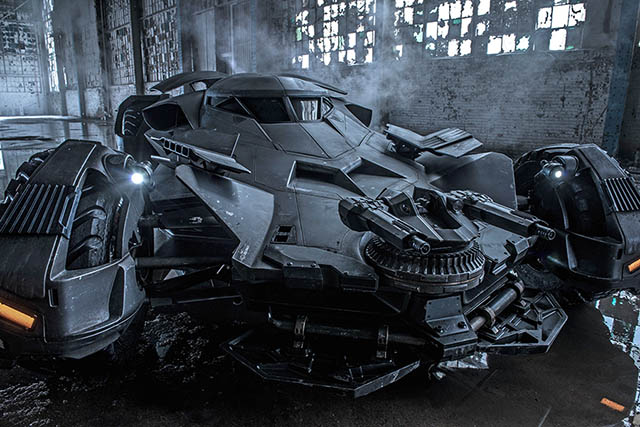 When the worlds of tech and fashion merge, the results are often polarising, and this latest collaboration between Nike's Jordan brand and Sony's PlayStation 4 will undoubtedly do the same. Codenamed the "JRDN4 x PS4", it’s essentially a Nike Air Jordan 4 shoe, styled to resemble the look of the popular next-gen console. To add a further level of PS4-esque believability it features an HDMI port in either shoe's heel. For those wanting to hook up their hi-def TVs, these ports are strictly decorative, and serve no real purpose besides being a conversation starter.

The visionary (or madman depending on your point of view) behind this collaboration, Jonny Barry is planning to release a minimum of 10 of these limited edition Jordan's, which will also come with a Jordan branded HDMI cable (working). To date, there's no price tag attached to these limited edition pieces of street wear, but those of you who have an unerring love for both the PS4 and Nike shoes, can check out Freaker Sneaks for more info. 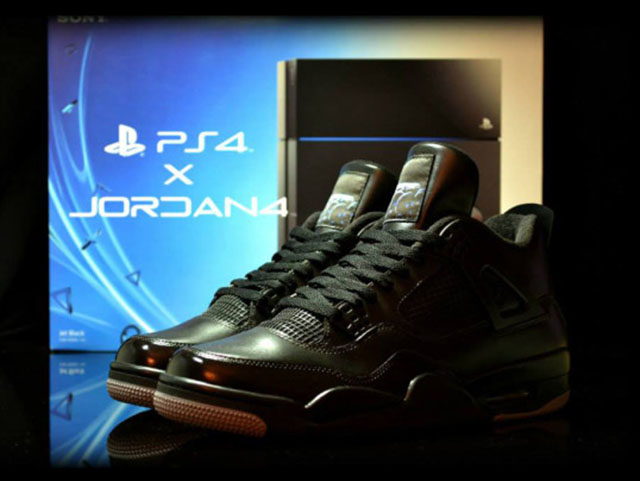 The fifth installment in the Bourne movie franchise looks set to see both Matt Damon and director Paul Greengrass make a return, according to reports from Deadline. Greengrass was originally quoted as stating that once Bourne had regained his memory, there was very little else to do with the character from a creative standpoint. Given these recent developments, Bourne could be set to suffer from some more amnesia in this fifth film, while taking out enemy agents with surgical precision.

More interestingly though, this new film has pushed the Bourne-spinoff project starring Jeremy Renner (Hurt Locker, The Avengers) further back. Perhaps once this fifth film wraps, a team up with Damon and Renner may be on the cards, because what's better than one Bourne? That's right… two Bournes. 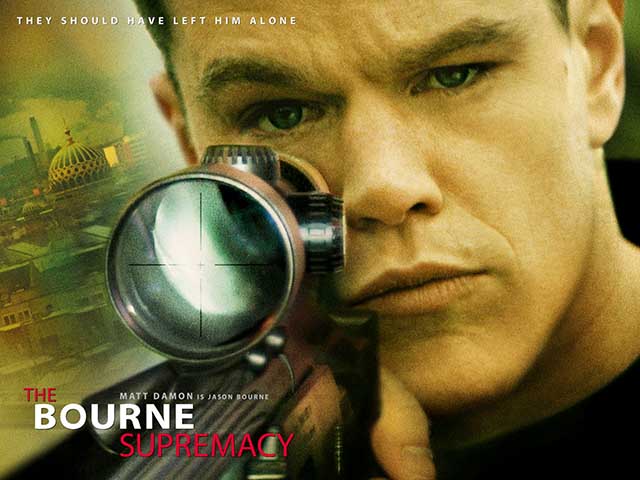 The box office juggernaut that is the Hunger Games franchise keeps on rolling, as the first trailer for the two part finale has just been released for fans perusal. In it, viewers are flung straight into the war between the Rebellion and the dictatorial Capital. Also thrown into the mix, is the tension filled love triangle between its main protagonists. To cut through all the longing glances between the main characters in the film, there is plenty of action, which should make it a good watch, even if you're not a fan of the books.

Set for local release around 21 November, Mockingjay Part 1, should prove to be the most highly anticipated to date. We only hope that the odds are ever in our favour for an equally appealing conclusion to the franchise.

New poster for The Hobbit: The Battle of The Five Armies surfaces, and it’s fantastic

If you too cannot wait for the final chapter of The Hobbit to hit the big screen in just a few short months time, then here is something else to whet your appetite – a new poster which is genuinely fantastically detailed and pretty much has it all.

Feast your eyes on the below, or if it too much to take in at once, head below it and see it broken up into its constituent parts to admire it piece by piece. 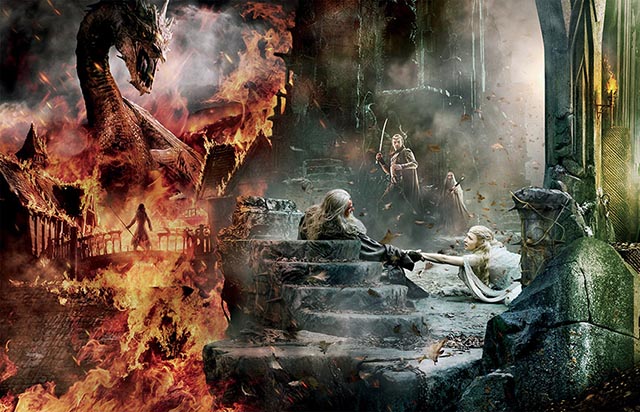 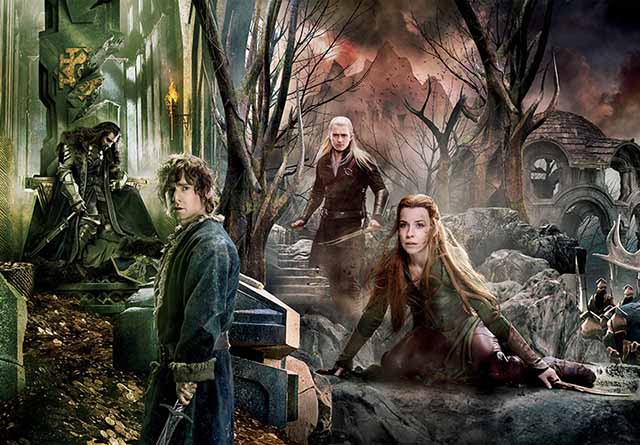 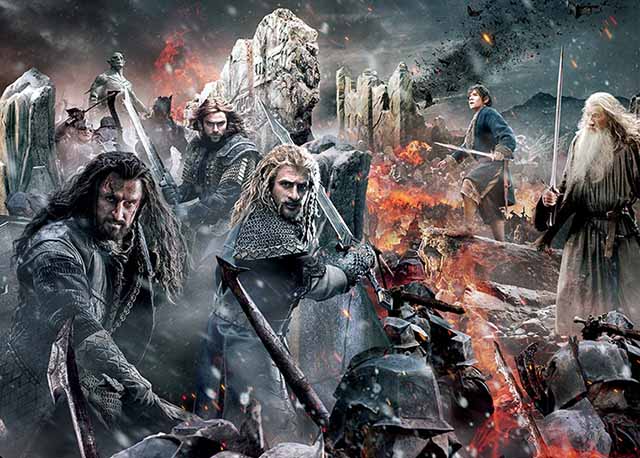 This just in, Wolverine is Dead

Okay, so our headline is a little misleading, but Marvel is planning to kill one of its most iconic characters in an upcoming series of comics titled The Death of Wolverine. That name may make the ending a little easier to figure out, but what makes this Charles Soule written series so interesting, is the fact that to date, Wolverine has been virtually unkillable. The first comic in this series released on 3 September, and will continue to run for one month until its climatic and somewhat fatal end on 8 October.

Without giving too much away, Wolverine becomes infected by an alien virus that slowly affects his superhuman healing factor, a power that makes him as close to immortal as it gets. This isn't the first time that an iconic comic book hero has been given the axe, with the Death of Superman, being one of DC's best selling series' of all time. IT’s currently available for purchase for $5 (R55) per issue, from Marvel's iOS and Android compatible Comics App. 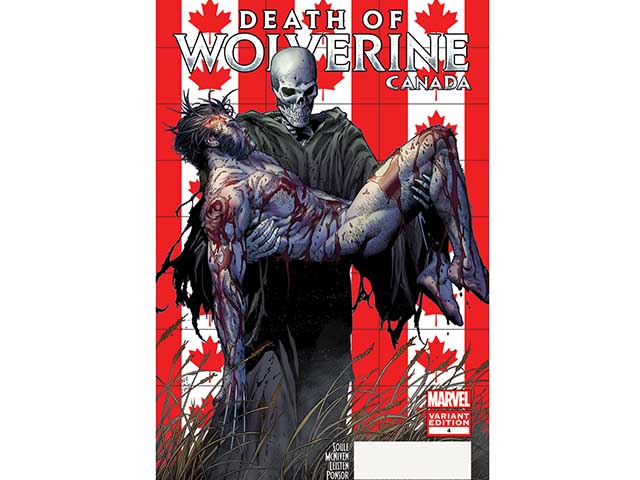 Sony to resuscitate I Know What You Did Last Summer

Brace yourself, because the latest horror movie to be dug up from its 90s grave is I Know What You Did Last Summer. However, after two sequels (the last being eight years ago), instead of being called I Will Totally Never Ever Forget What You Did Almost Twenty Summers Ago, the movie will be rebooted.

This means that in all likelihood none of the original cast (which included Sarah Michelle Gellar and Jennifer Love Hewitt) will be returning. One person who is returning though is the original producer Neal Moritz, and the reboot will apparently be adapted from the 1973 book by Lois Duncan, which inspired the first movie.

Expect therefore, to once again see a bunch of friends doing their level best to keep their complicity in auto homicide under wraps; an attempt that we all know by now is doomed to bloody and gory failure. There is no word yet as to when the reboot is expected to hit the screen. 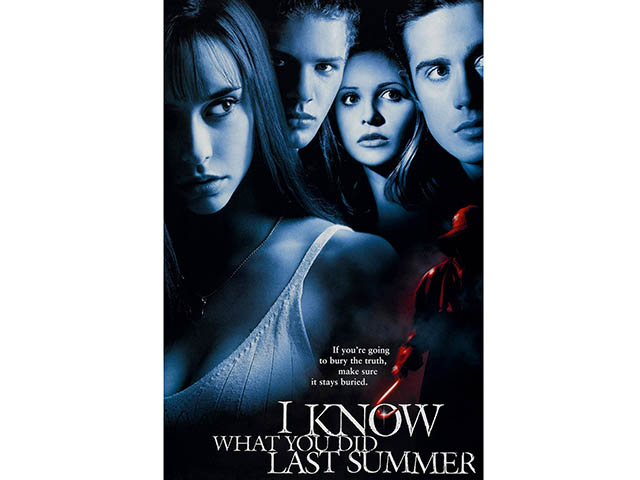 TV viewers, you’ve got a problem

Speaking of reboots and scouring the past for old content to resuscitate, there are a few favourites that we wouldn’t mind seeing being given new life, like the fondly remembered Dark Angel, for example or the oft lamented and tragically demised Serenity/Firefly. One movie that definitely would not be top of the list would be Problem Child (which, if you remember, was so gratingly annoying that not even John Ritter could completely save it).

Nonetheless, apparently the movie is being rebooted as a half hour TV series, and will apparently intend to make light of beleaguered parents who have to contend with a (you guessed it) problem child. Apparently, schadenfreude still has its appeal; just don’t say we didn’t warn you though. The good news is that you can set your time machine to take you back to 2014 now.

On the lighter side, here is one for those geeks who either have dogs, play poker and are familiar with the concept of a tell, or who are familiar with Coolidge’s famous Dogs Playing Poker painting series (and if you aren’t, head here to become so).

The cartoon below is possibly one of the more amusing geek snippets we have come across lately, as it lampoons dogs’ inability to control their excitement, those famous paintings and the game of poker all in one simple image. Take a look – we dare you not to find yourself amused. 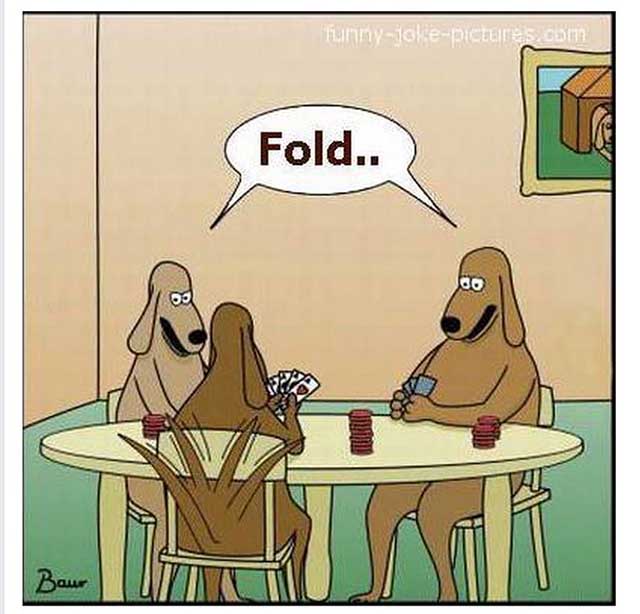