The Hobbit: The Battle of the Five Armies trailer roars into view

When last we saw Bilbo, Thorin Oakenshield and company, they were seriously up a creek without the metaphoric paddle, having succeeded in awakening, and then enraging an ancient, fire-breathing dragon which expressed the sincere desire to turn the nearest town into a very crispy S’more (and you thought your mistakes were bad).

The newly released teaser trailer is typical Lord of the Rings/Middle Earth fare – which is to say, spectacular, oozing with the weight of gravitas, dire consequence and war. It is also particularly enticing, since it shows just enough to intrigue, and a very different Bilbo, no longer blissfully content and unaware of the outside world, but clearly changed by his adventures.

Judging by the trailer below, and of course the fact that it is a Peter Jackson movie, we’re quite certain we will get the value of our ticket price when it releases in December.

Here there be (more) dragons

With the conclusion of the Hobbit (and a farewell to Smaug) imminent, and how well How to Tame Your Dragon 2 has done to date at the box office, ($424 million worldwide), clearly more dragons are in order.

The latest news is that another much beloved book series, Anne McCaffries’ Dragonriders of Pern could finally be receiving the silver screen treatment in due course. Apparently, Warner Bros has purchased the rights to the franchise – and considering the fact that there are nine novels by McCaffrie herself, and a further eight by her son, there is plenty of material to mine.

The first book in the series focuses on a group of (yes, you guessed it) dragon-riding warriors, charged with protecting their planet from the deadly spore Thread, which originates for an orbiting planet and has the unfortunate result of destroying all life.

It is not the first time that an adaptation of Dragonriders of Pern has been proposed; although previously it was intended to be a TV series; a prospect that was shelved due to creative differences between the studio and writer. 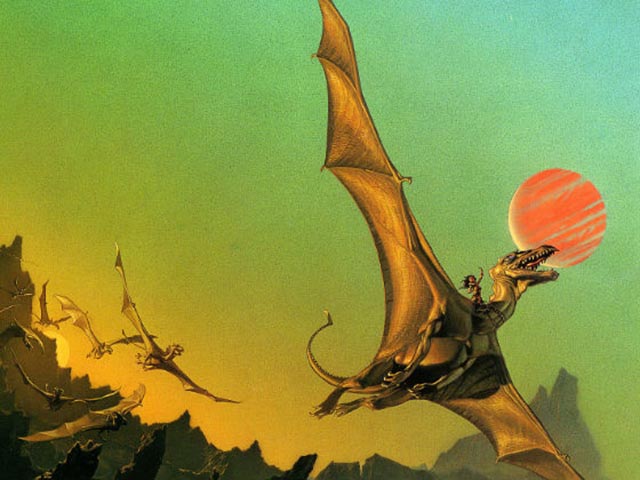 We've already spent many an hour mulling over the details for DC's Batman v Superman: Dawn of Justice superhero smorgasbord that will see the Dark Knight and Man of Steel going toe to toe. One of the other DC stalwarts, Wonder Woman, will also be joining the action as director Zack Snyder gave Comic-Con attendees the chance to view a short clip from the 2016-slated film, along with the first image of Gal Gadot (Fast & Furious 6), who will be playing the Amazonian superhero.

Other DC characters added to the roster include Aquaman, played by Jason Momoa, who many will remember as Khal Drogo from Game of Thrones, as well as Cyborg, although the actor bringing him to life has not been revealed yet. If we're honest however, we can't wait to see what a Martian Manhunter movie would look like.

As the title would indicate, this film will set up the long-rumoured Justice League project, which should add some healthy competition as DC and Marvel square off for box office superiority. 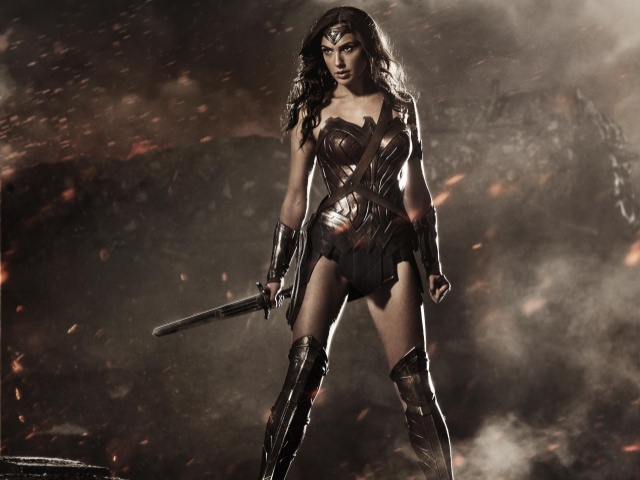 Not content with simply producing big-budget blockbusters, DC is also working hard on its television offerings, with one of its less spandex-covered (anti) heroes, John Constantine, (Hellblazer) receiving his own series in October this year. For those unfamiliar with his story, the magick loving Constantine, played by Matt Ryan (Criminal Minds), is in a constant battle against the armies of hell but also struggles against his own assortment of inner demons. At least this time round Constantine is British and blonde, as in the comic.

The pilot for this dark arts comic-crossover will see Constantine reluctantly team up with Liv, his best friend's daughter (now deceased), a young woman plagued by demons because of her ability to see the world as Constantine can.

NBC used Comic-Con to showcase the trailer for Constantine featured below, with the pilot scheduled to debut stateside on 24 October this year.

It’s about time for a Predestination trailer

Dragons, dragonriders and superheroes aren’t the only fantasy staple occupying the minds and imagination of Hollywood; so is the sci-fi attraction of time travel. In a nutshell, and explained linearly, Ethan Hawke plays a temporal agent whose final assignment sees him pursuing the one killer who has always eluded him. Naturally, it is not going to be quite as straightforward as that, with Hawke travelling through time to recruit the younger version of himself.

If you are confused by the trailer below, don’t worry too much – that was predetermined the moment we mentioned time travel. Also predestined is the eventual movie that will feature extraterrestrial time-travelling superhero’s who ride dragons. In the meantime, hit the trailer below for your own brain-twisting moment.

The Dark Knight director needs no introduction, but surprised many Comic-Con goers when he joined the panel for his new film Interstellar, starring Matthew McConaughey fresh from his Oscar win. Without giving too many spoilers away, McConaughey will play an astronaut named Cooper, who is charged with finding a new world to colonise as Earth becomes uninhabitable.

Set for release in November this year, we're sure Nolan will entertain with his cryptic and beautifully designed epic. A fact echoed by Nolan, who claimed Interstellar to be one of his largest films in terms of scope. Given his stellar (excuse the pun) track record, Interstellar is shaping up to be one of the best sci-fi films to not feature spandex-covered character this year, along with its usual Michael Caine cameo.

Not one to be left behind, Microsoft also joined the action at Comic-Con with a big announcement of its own, as the Halo universe is set to come to life in an upcoming live action series named Nightfall. The series is being produced under the watchful eye of Ridley Scott (Alien, Gladiator), and will serve as a precursor to Microsoft's 2015-scheduled Halo 5: Guardians game.

Featuring a relatively unknown troupe of actors, Halo: Nightfall's cast will be headed up by Mike Colter, who will play the series lead Jameson Locke. Locke's character is also set to play a large role in the aforementioned Guardians game, although its unclear what his relation to the iconic Master Chief is at this stage. With a debut slated for November, it will prove interesting to see how well the Halo series keeps the fans happy.

Spider-Man is clearly one of Marvel's most valued superheroes, it seems that the third installment in the web slinger's rebooted franchise will take a back seat to a greenlit Sinister Six movie. Sony Pictures detailed the upcoming supervillain film for release on 11 November 2016, with six of Spider-Man's most feared foes set to join forces.

At this stage, The Sinister Six will consist of The Green Goblin and Rhino, who we saw in Amazing Spider-Man 2, the rest of the six is still up for debate given the different lineups seen in comic books. If, however, evidence from the latest Spider-Man film is to be believed, other members of this supervillian dream team will include Doctor Octopus, Vulture, Mysterio and Chameleon, although an appearance from Spidey himself is still unconfirmed.

Another rumour swirling around the Marvel universe is talks of a Venom-specific film, although it should prove pretty easy to outdo Topher Grace's (That 70's Show) woeful performance as Eddie Brock in 2007's ill-fated Spider-Man 3. 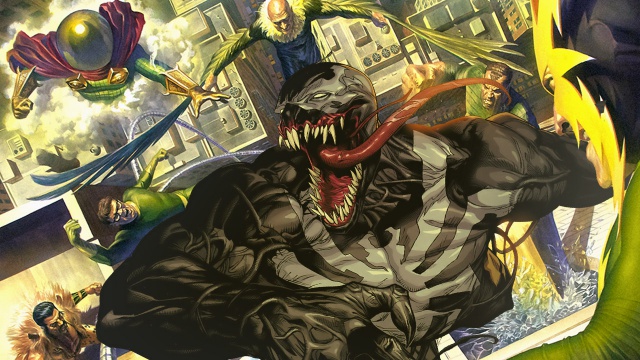 With Guardians of the Galaxy being Marvel's major superhero hit of the moment, they still carved out a large chunk of time to speak about Avengers: Age of Ultron (April 2015). This time round the Avengers will get two new recruits in the form of sibling pair Quicksilver and Scarlet Witch, played by Aaron Taylor-Johnson (Kick-Ass) and Elizabeth Olsen (Godzilla).

The main antagonist in all this, is the eponymous Ultron (voiced by James Spader), a sentient computer created in part by Iron-Man (Robert Downey-Jr). Added to the mix is Vision, an android originally designed to fight the Avengers by Ultron, but he/it ultimately decides to side with the heroes. One of the other tasty tidbits coming from Comic-Con confirms that the Hulk and Iron-Man will square off, as Tony Stark will don his infamous Hulkbuster suit.

Local audiences will added incentive to watch the sequel as one of the major fight scenes in the movie takes place in the Joburg CBD, but we wonder how the Hulk (Mark Ruffalo) would handle a stressful taxi rank? 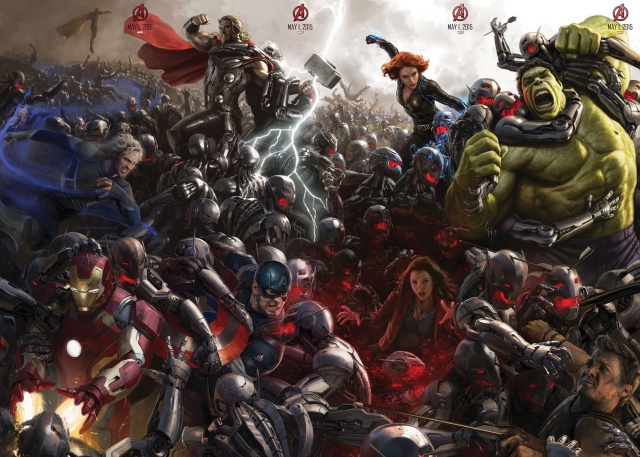 If you're a sci-fi series fan, you have cursed the television gods since you heard Joss Whedon's Firefly ended in 2003. There is now some salvation as the wildly popular series has been reincarnated in online and mobile game form, with Windows PC, Mac, Android and iOS versions in the works, as well as fan-favourite Nathan Fillion reclaiming his role as Captain Malcolm Reynolds. Firefly Online is tipped for unveiling in the final quarter of this year and should have all brown jackets eager with anticipation to enter the 'verse once again.