Prometheus 2 on the cards

For Alien fans, Prometheus may have debuted to a mixed response from fans, but apparently, the $400 million it garnered at the box office was considered healthy enough to justify a sequel.

Indeed, the first movie’s ending  certainly left the door wide open for a follow up, and Prometheus 2 has been slated for release in 2016 (not as long away as it at first seems). By making Michael Fassbender an android in the first movie, it also makes it possible for him to be brought back to reprise his role as David. In fact, all indications are that the next movie will boast several Davids, not just one, as well as more Aliens – which Prometheus mostly skimped on.

Also returning is Shaw (Noomi Rapace), so at least we should get an answer as to what happens to her. 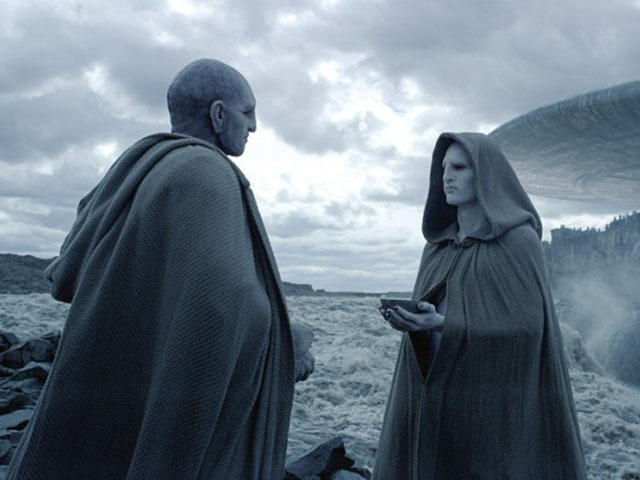 "I just wanted to give you a heads-up, brother. The android the humans called David is returning, and he may have a bit of a headache."

With the fourth season of Game of Thrones (GoT) bearing down on us as quickly as a Dothraki herd or hungry dragon, it shouldn’t come as much surprise that the Game of Thrones news is already conniving its way into the headlines.

The  good news, for those with iOS devices, is that the Game of Thrones Ascent app is now available. The strategic role playing game – which you can get a glimpse of in the video below – is based on A Song of Fire and Ice.

Additionally, and in keeping with the message that GoT could impart to impressionable minds, that if you want to get your way, simply make horrendous threats, a teacher in the US has found a novel way of dealing with a rowdy class. He simply threatens them with the shock and horror of letting slip season 4 spoilers; as someone who has actually read the books would be able to do.

Apparently it is working about as well as one of Little Finger’s schemes. Just don’t be too surprised when in a few years time, someone walks into a bank and threatens the teller with season 7 spoilers if they don’t empty the till.

Mention the name The Wachowski’s and any self-respecting geek will immediately think of The Matrix. Soon though, the brothers may have another cult classic on their hands for geeks to obsess over, if the latest trailer for Jupiter Ascending is anything to go by.

The trailer outlines the basics of the story, showing Caine (Channing Tatum) as a hunter who ends up being tasked with saving a princess named Jupiter Jones (Mila Kunis) as she is hunted by a one of “the most powerful dynasties in the universe.” Take a look at the trailer below, but don’t forget to pick your jaw up from the floor afterwards.

X-Men: Days of Future Past almost in the present

Saving, to our minds, the best for last, yet another glimpse of arguably one of our most highly anticipated movies has emerged. We are talking of course, of X-Men: Days of Future Past. Once again, the voice over belongs to Patrick Stewart (Professor X), and the trailer is a virtual mutant-fest. It also gives a glimpse of how the war between the Sentinels and the X-Men has ravaged the world.

Better yet, it only buoys our hopes for the movie now that Bryan Singer is back at the helm.  The trailer though, says it all – this should be a spectacular movie that does the X-Men justice again.