There is more to a sporty two-door coupé than simply fitting it with a large, powerful engine. They also have to be able to turn heads for the right reasons, as well as reflect a certain level of quality and evoke envy in onlookers. All this is present in the Jaguar F-Type Coupé and 2014 Audi TT.

The Jaguar F-Type should be all too familiar to the South African public, having debuted to much fanfare in the latter part of last year. The newly released Coupé variant is aiming to create an equally significant impression, not only in the looks department, but performance as well. 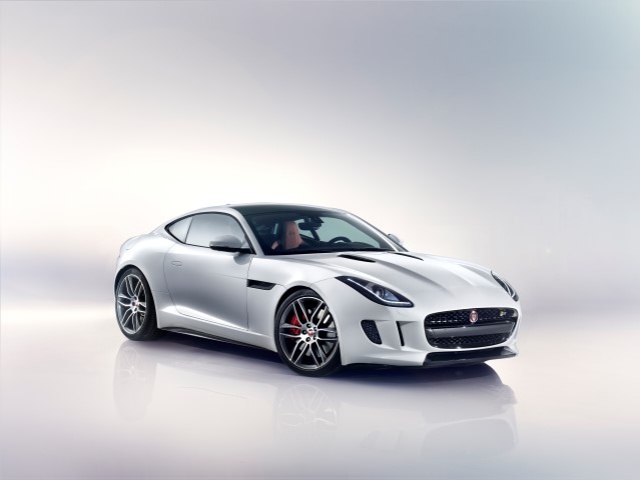 Based on initial inspection, it's clear that creating a visually appealing car was placed high on the Jaguar design team's list, as the F-Type Coupé draws inspiration from the C-X16 sports concept (which first debuted at the 2011 Frankfurt Motor Show) and F-Type convertible to create a vehicle that will be highly coveted for its looks. Key indications of this soon-to-be iconic design are the F-Type Coupé's long, sloping bonnet, low roofline and tapered cabin shape, creating an iconic, eye catching silhouette for both the showroom floor and tarmac.

The F-Type Coupé also presents a new benchmark for Jaguar, as the company has stated that this new vehicle features an all-aluminium body construction, set to make it the most dynamic and performance-focused sports car that Jaguar has ever produced. 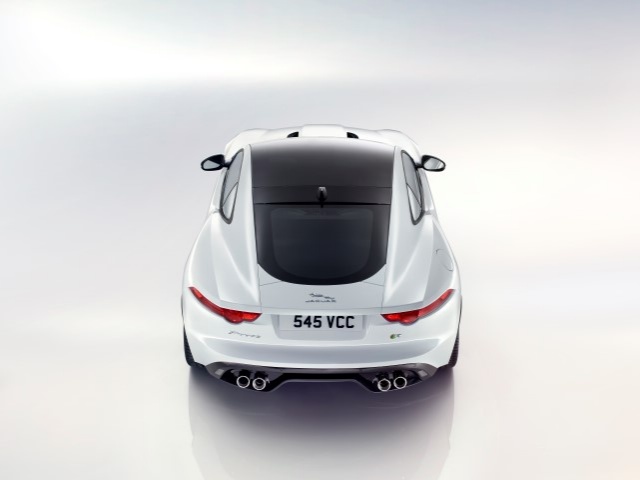 Within the Coupé range, there are three different model specifications for drivers to choose from, namely the standard F-Type, the sportier F-Type S and racing tuned F-Type R. The first two models feature the same 3.0 litre V6 engine which produce 250 kW and 280 kW of power respectively. The F-Type R Coupé on the other hand is fitted with massive 5.0 litre V8 engine capable of generating an immense 405 kW of raw power. These elements culminate in a 0-100 km/h time of 4.0 seconds and top speed 300 km/h (electronically limited) for the Jaguar F-Type R Coupé, which should drop to 280 km/h when it arrives in South Africa. The R Coupé in particular is staggeringly powerful and should prove extremely difficult for any non-supercar to beat on the road.

Staying with the F-Type R Coupé, Jaguar incorporated a range of enhancements to ensure that it remains finely poised within an ever competitive sports car market. These include an eight-speed close ratio quickshift transmission, with full manual sequential control to provide a higher gear speed change and level of throttle responsiveness, thanks to its centrally mounted sportshift selector system. Behind its 20" gyrodyne wheels, Jaguar has opted for a carbon ceramic matrix (CCM) brake setup, which is designed to offer a more consistent braking performance as well as greater fade resistance, with the added benefit of 21 kg less weight compared to the standard F-Type Coupé. 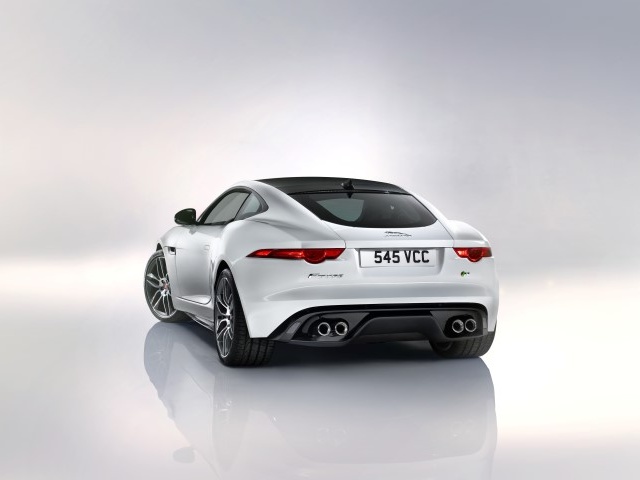 The price of style

So how much will all this cost? The entry level F-Type Coupé is set to cost potential buyers an estimated R840 000, which is a fairly large chunk of change considering the value added extras have not been factored in yet. Should the high performance F-Type R Coupé catch your fancy be prepared to fork out at least R1.5 million.

The Audi TT has become a bit of a modern classic in the sports car world, and is undoubtedly one of the more popular car models to roam South African roads in past years. For the 2014 edition, the Stuttgart-based automotive manufacturer has given a slight refresh to the Audi TT's all too familiar shape, which is set to make its debut on a showroom floor in Q3 of this year. 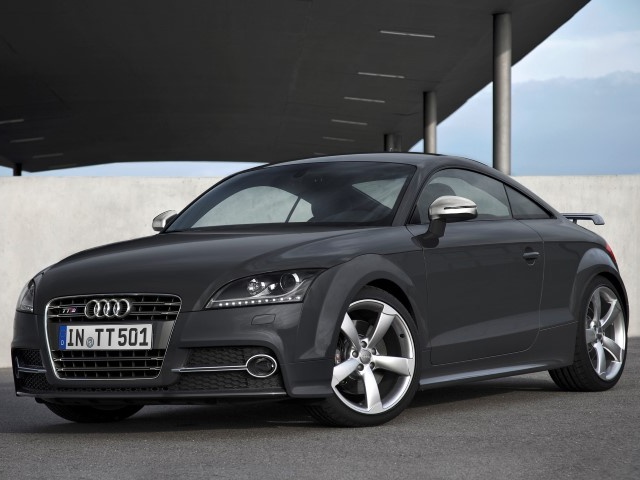 The 2014 Audi TT has not gone for any radical resculpting, but rather features a range of minor enhancements and updates, to place it on a level footing with the plethora of sports cars hitting the market at the moment. Audi has still retained that iconic TT shape, this time favouring an updated front grille, in keeping with the rest of Audi's models. Other evident changes are the switch to a Xenon plus headlight setup and LED daytime running lights, with the addition of an adaptive rear spoiler that automatically deploys and retracts based on vehicle speed, ensuring your new German toy stays fixed to the road.

Audi has also seen fit to add another model to the TT stable, in the form of the limited edition Audi TTS, a highly tuned version of its sibling. Both models will be available for customisation in the form of Audi's S Line package, to add a few sporty flourishes to an already mean silhouette.

Both the TT and TTS models have been fitted with Audi's 2.0 litre 4-cylinder TFSI turbocharged engine, with the former tuned to produce 157 kW of power and 250 Nm of torque. This results in a 0-100 km/h time of 5.6 seconds, which is respectable, but will not strike fear into the heart of a rowdy hot hatch driver. If speed is what you're looking, you should probably turn to the TTS, which may feature the same engine as the TT, but produces a far more substantial 197 kW. As expected, this means the Audi TTS clocks a faster 0-100 km/h time of 4.9 seconds. 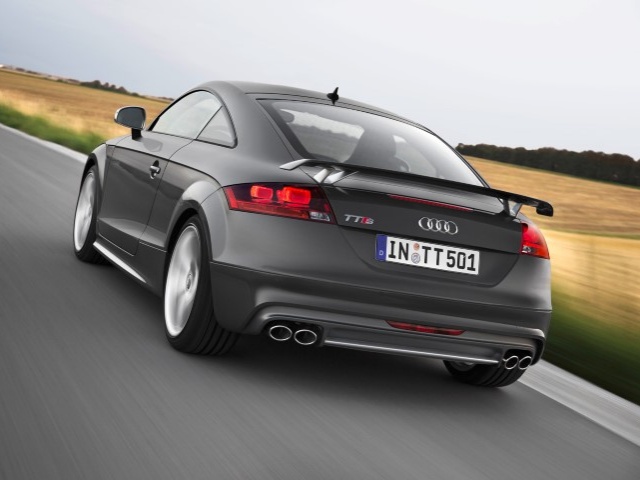 The exterior and engine are not the only areas to receive a bit of help, as Audi has also given the interior cabin an overhaul as well. Drivers will experience this as soon as they place their hands on the steering wheel, which is a new flat bottom, multi-function one, resulting in greater control and responsiveness according to Audi. Furthermore, Audi has incorporated new 12-way power seats, with heated front seats now standard. They have also teamed-up with Bose, to offer the value-added option of a 12-speaker in-car setup. Another extra is the 6.5" LCD display for driver interface and in-vehicle controls.

What will all this Vorsprung technology set you back? The 2014 edition Audi TT is estimated to retail in the region of R600 000, before factoring in all of the value-added extras. There is however no official pricing on the faster and more powerful TTS however, but we expect it very close to the R1 million mark. That may sound quite hefty, but looks well worth it, if you value speed along with quality. 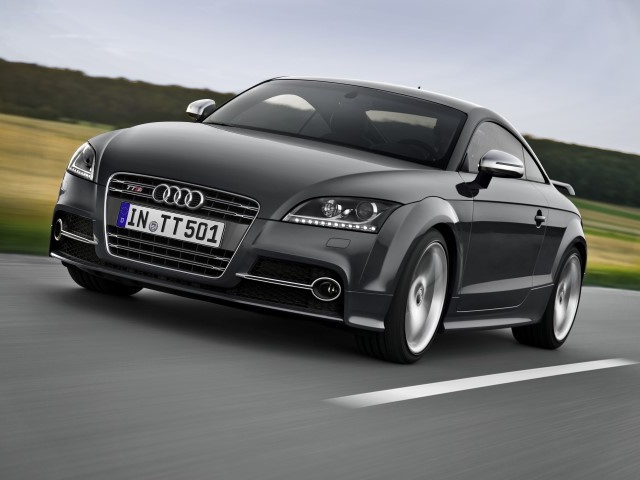