To some students, school is already filled with monsters like pimples, homework and psychotic physical education teachers. In Vampire Knight it is not sparkling, cute vampires like a certain embarrassing series, or a group of nerds led by a cheerleader. These monsters are far darker, much more beautiful and have a sweet spot for your blood type.

Vampire Knight was created by Matsuri Hino, drawing inspiration from a manga bearing the same name. The anime was produced by Studio Deen, with Kiyoko Sayama directing all the blood soaked action, and Takefumi Haketa handling the soundtrack. The anime consists of 26 episodes that are split into two seasons - Vampire Knight and Vampire Knight Guilty. 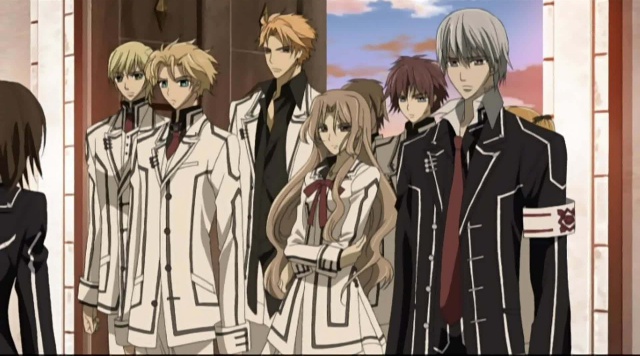 The main protagonist in Vampire Knight is Yuki Cross, a human girl whose earliest memory is about a stormy night in winter ten years ago, when a vampire attacked and she was rescued by another vampire named Kaname Kuran. Everything before that night is a blur.

Yuki is the adoptive daughter of the headmaster of Cross Academy, a school for human students by day and vampire students at night. Yuki is in love with the mysterious vampire (as female leads usually are) that rescued her. As the series progresses, she starts remembering pieces from her past, while also suffering from intense hallucinations that cause her mind to sink into darkness and corruption. As a result, Kaname is forced to awaken her from this doomed state and lead Yuki to fulfill her true identity, which will be shocking to some. 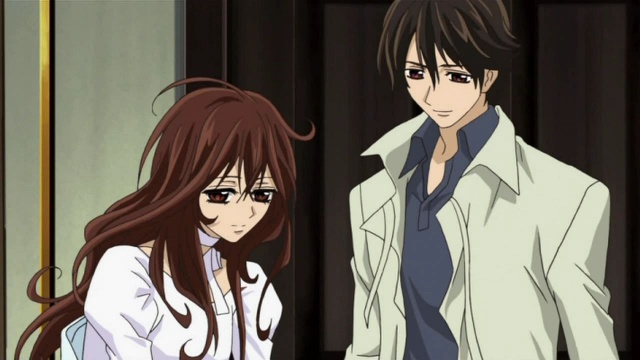 Another key plotline involves the tale of Zero Kiryuu, who struggles with dark thoughts of hatred towards vampires since his family were wiped out by them when he was younger. In an odd twist, this intense hatred results in him slowly turning into a vampire himself.

As the story progress questions begin to arise whether the vampires that attend Cross Academy have truly cast aside their murderous ways. Is all as it appears?  There is plenty of mystery and intrigue, that gets revealed in a rather awesome series finale.

The animation in Vampire Knight is quite impressive, specifically the way in which the brooding and mysterious Kaname is drawn, and even the ‘cutesy’ moments when Yuki is portrayed in the funnier scenes. The anime's background scenes like the school building for example, is also similarly astonishing to look at.

In Vampire Knight, animators have clearly given a great deal of attention to the main characters, with the extras and bystanders blurring into the background. This may seem like a flaw but in fact adds a greater sense of believability and helps audiences focus solely on what the main characters are doing. There are two animated scenes that shows these qualities expertly well, the first features a white horse in the school stable that's gently nibbling at Zero's hair, and that whole animated sequence is spectacularly crafted. The second scene worth mentioning occurs when Yuki remembers how Zero came to be at Cross Academy after he was attacked by a vampire, when they were both very young. 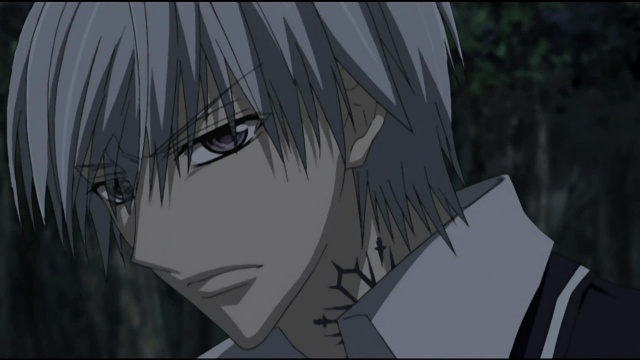 The music is also well worth mentioning as well, particularly for its strong mix of classical and contemporary forms of  music. There are scenes where a classical score or beautiful 'vampiric' choir music set a dark tone to specific scenes, lending itself well to heightening the tension. Vampire Knight's intro Futatsu no Kodo to Akai Tsumi by the J Pop group On/Off is also memorable, but the gem of the entire soundtrack is the Outro song for each episode titled Still Doll by Kanon Wakeshima. 'Still Doll' sound borders between gothic and spooky, with dark and slow instrumental music and an awesome bass guitar riff that seduces the ears.

Vampire Knight is a feast for the anime lovers and a real must see for all who love stories filled with sexy vampire characters. It is mysterious and dramatic, a horror play almost, but not as intense as other horror/vampire anime. The contrast of the vampire students always dressed in white and the human students always dressed in black stood out, since white is a colour often associated with purity, adding another dimension to the different themes of this anime.

I fell in love with Yuki's sense of humour, Kaname's fortitude and enjoyed how Zero's emotions came through in the Japanese version of Vampire Knight. I'd definitely advise any anime fan to find Vampire Knight and sink your teeth into it, it certainly is worth... a nibble. 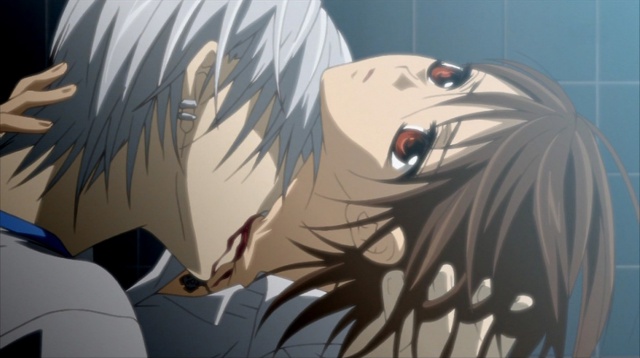 Kiyoko Sayama was born in Tokyo, Japan, and she is also known as Seiko Sayama. Some of Kiyoko's most notable works include the storyboard for Hunter x Hunter and Chobits, as well as directing Skip Beat! and Angel Sanctuary.

Studio Deen was founded by former members of Sunrise in 1975. Among the studio's numerous credits are standout animes such as Rurouni Kenshin, Fruits Basket and Law of Ueki.