Ever since Kratos emerged from the shadows at E3 close to two years ago, we've been anxiously awaiting news of God of War’s impending release. Now we have a date, with a recent blog post by PlayStation and a new trailer confirming that the title will arrive on 20 April this year as a PS4 and PS4 Pro exclusive.

Along with a release date, PlayStation revealed the different special editions that God of War will be available in, with three in total excluding the standard version (RRP R1000). PlayStation South Africa has also given recommended pricing for the special edition variants coming to our shores. 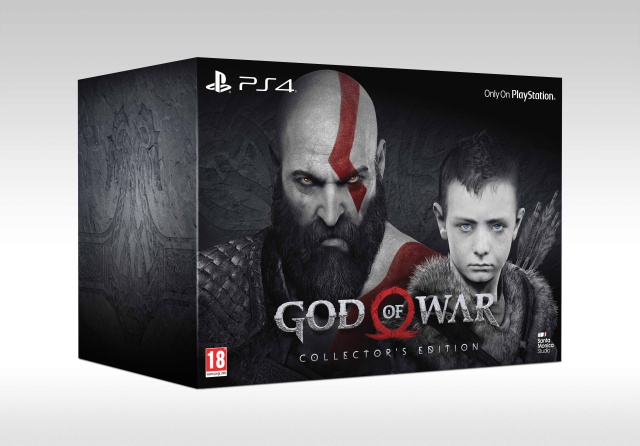 The Limited Edition version of the game costs roughly R1 100 and includes a SteelBook baring the Huldra Bros logo, along with a Dark Horse created art book for the game, plus access to in-game exclusive content like Death's Vow Armour set and Exile's Guardian Shield.

The Collector's Edition is where things get serious though, priced at an estimated R2 000, and featuring a 9" statue of Kratos and his son in battle, a cloth map and the same SteelBook case as the Limited Edition, along with the some in-game content.

Pre-orders are currently available for all versions of the game, so check your local games store for more info. If you needed any more reason to play God of War, hit play on the story trailer below.