In February this year, Google tested out an experimental service called Tablescape. The service utilised Google+ in order for users to post images of food and ultimately try and capitalise on the Foodie trend. Tablescape only lasted a few short months however, with Google shutting down the service and choosing to "invest our resources into other projects". According to reports from Android Police, elsewhere means Google Maps, as a similar interpretation of Foodscape is being tested out on the company's mapping application.

This newly rumoured service will use Google's mapping platform to allow users to tag food photos for restaurants and other locations, like food trucks for example. This feature will then send out an Android notification to users when a new photo has been snapped of a food-related location they are interested in, or visited in the past.

Right now, Android Police says that the service is being rolled out to select local guides in the States, essentially placing this new service in the 'beta' phase. While no further updates are available at this stage, it should prove interesting to see how this new Google Maps-driven application will perform compared to the Google+ version. 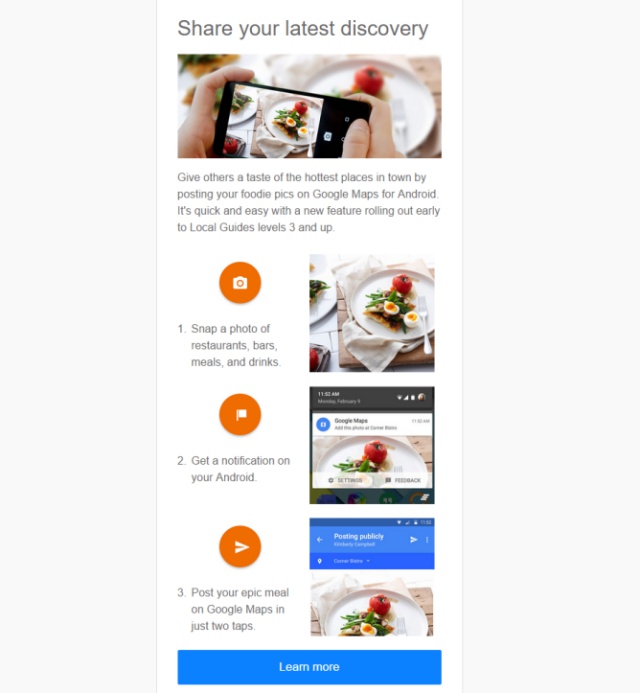