As it has done for the past couple of years, Business Insider has compiled a list of the best companies to work for in 2017, using employee ratings as a benchmark. The publication also partnered with transparency site Comparably in order to create the list, and the company that ranked first is no real surprise… Google. 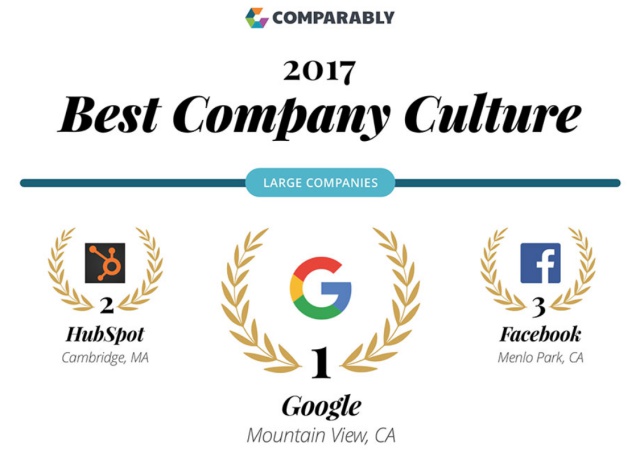 Yes, the Mountain View-based organisation has bagged top spot once again, not only in the Best Company Culture (Large Companies) category, but a handful of other ones too.

The rest of the results make for interesting reading though, particularly when it comes to the Best Companies for Women category. Unlike the other lists, Comparably did not place the organisations in a numbered order, as it did for the Company Culture category. Given recent allegations of gender-based bias in the workplace levelled against Google, it would have proved interesting to see where they would have placed among the companies listed.

Nevertheless, the first place position when it comes to company culture should be a feather in the cap of Google, which from the outside, certainly seems like a great place to be working.