HP appears to have a penchant for making compact printers. Earlier in the year they debuted the world's smallest all-in-one inkjet printer on our shores in the form of the DeskJet Ink Advantage 3785, and now an even smaller offering has been launched - the Sprocket. We were on hand to check out this palm-sized printer at its official launch in the Johannesburg CBD yesterday, as HP touted its portability and ease of use.

Following our time with the HP Sprocket, here's five things you need to know about this intriguing little printer. 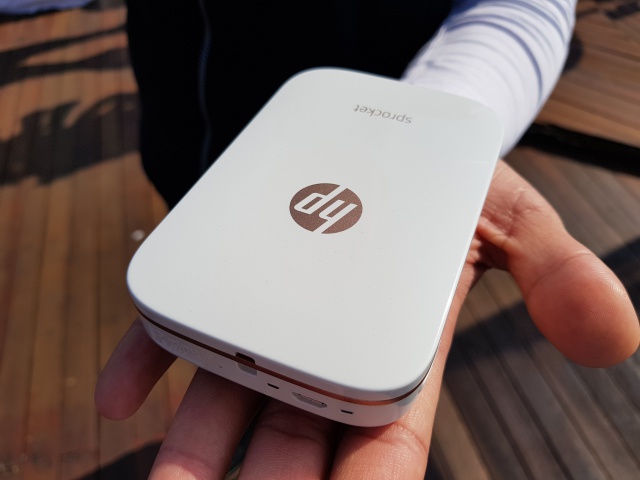 We've already mentioned that the Sprocket can fit in the palm of your hand, measuring around 75 mm wide and 116 mm long. It is also quite lightweight at roughly 172 g. While it's not 100% pocketable for everyone, it certainly is compact enough to carry around in your bag, with it essentially having the same dimensions as a standard portable hard drive.

While the Sprocket is classified as a printer, it does not make use of any ink. Instead, HP partnered with Zink to create their own custom photo paper. The company will be selling the Zinc-designed offering in packs containing 20 sheets, with the Sprocket capable of housing up to 15 sheets at a time. They measure 50x76 mm, are smudge-proof and also double as stickers.

HP has not mentioned that the Sprocket is an alternative to Polaroid or Fuji instant cameras, but we can certainly see the palm-sized printer being used as such. 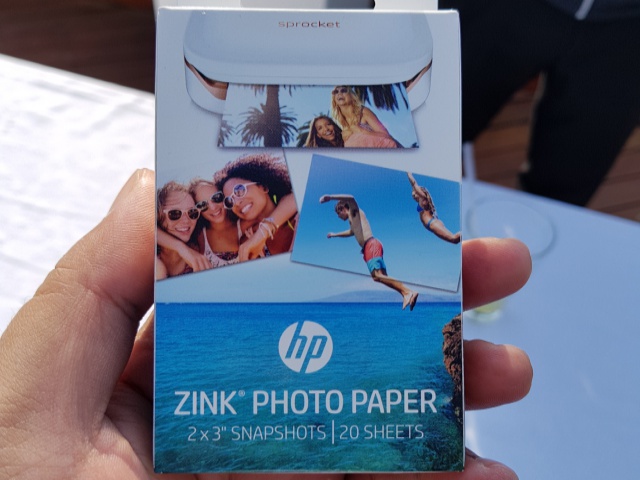 Like most things these days, the Sprocket comes with its own mobile app, both for Android and iOS. We tried out the Android and it worked smoothly, pairing via Bluetooth quickly. Once your desired pic is snapped, or you've chosen one from your camera roll or gallery, it takes about 10 seconds to beam to the Sprocket, and then 30 seconds thereafter to yield the print. In terms of ease of use, it ticks all the boxes.

Now for one of the more important aspects, who is the Sprocket designed for? Given the marketing around the device, and the fact that it's designed for mobility, we're assuming HP is targeting that ever elusive, but often referenced, millennial customer.

While there's certainly enough to draw you into the Sprocket, you'll likely get the most benefit out of it, should your smartphone be your primary means of photography. It may also appeal to those who want a modern version of the aforementioned instant camera experience. 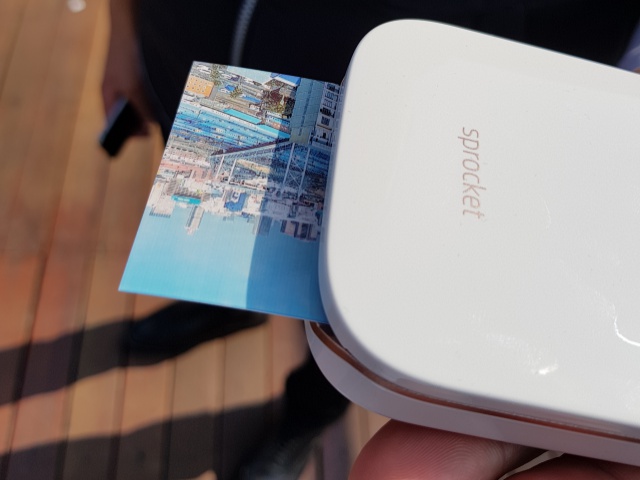 So how much will it cost you? The Sprocket is recommended to retail for R1 999, according to HP South Africa. It may go for a bit more depending on the retailer, but if you head to an HP-branded experience store, you're likely to find it at that price.

It is currently available at a handful of local retailers, such as the HP Store and iStore, but should be more widely released in locations across the country in coming weeks. In terms of colours, two will be landing locally - black with silver and white with rose gold. 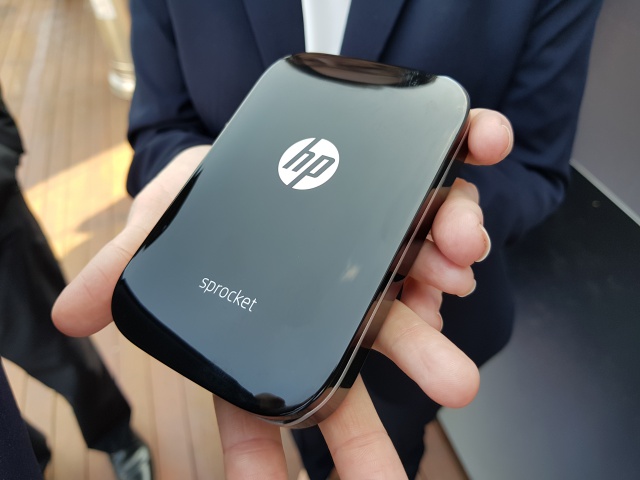