Hands on with new HTC One (M8) - First impressions

Taiwanese manufacturer HTC has had a pretty rough time of late, having posted consecutive losses over the past few financial quarters. It is perplexing, since last year, the company produced one of the stand out smartphones in quite some time, the HTC One (review). It seemed to tick all the right boxes, beautifully styled, strong specs including a good processor, and a responsive interface. Unfortunately it was unable to resurrect the struggling brand.

Fast forward twelve months and HTC is at it again, this time round with a newly designed One (M8). How will this second iteration flagship fare this time around? We went to Dubai for its Middle East and Africa launch to find out.

The first and most notable difference between the One iterations is that this new model is fitted with a 5" full HD display, capable of supporting and recording 1080p video content. Measuring 70.6 mm wide, the One (M8) is just broad enough for single hand use, nestling neatly in the palm. Any bigger and it may of become a little unwieldy, so kudos to HTC on that front.

On the design front, HTC has not simply upscaled the previous One's design to larger dimensions, since the company has made an effort to exaggerate the curved edges of this new device in order to make it feel better in hand. And we have to say that it certainly does, as the arched back fits more naturally with the shape of the hand, making use of your thumbs while swiping and typing far easier. The metal casing however is a bit too smooth to the touch, and we believe that might make it a little less tactile than desired. 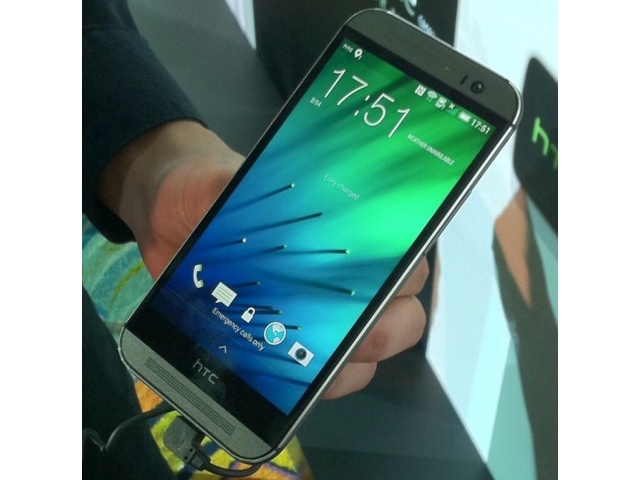 Along with a newly designed exterior, HTC has given the internal elements of this phone a revamp as well, with Qualcomm's Snapdragon 801 quad-core processor (2.4 GHz) powering  the unit. This is supported by the newly designed Sense 6 user interface, which was extremely fluid and responsive, although a full battery of benchmark testing would be required to determine just how well the One (M8)'s chipset measures up.

Imaging is one of the One (M8)'s standout features, with a dual-rear UltraPixel camera setup. Users may be turned off by the 2688 x 1520 pixel density, but you've got to keep in mind that an UltraPixel is 1.4 times sharper than its megapixel counterpart, according to HTC. This truly shows, since image quality is superb, even in low light conditions, picking up amazing amounts of clarity and detail. With regards to the dual camera setup, the larger main camera captures images, with the smaller one adding depth. This depth aspect is used in photo editing and allow you to change the focus of an image to either foreground or background objects. 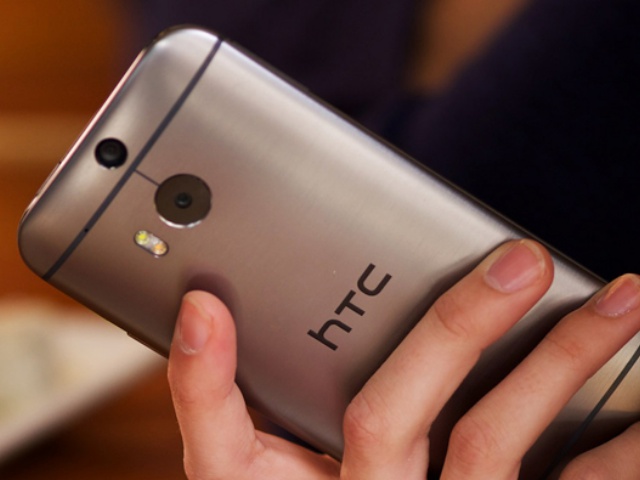 The HTC One (M8)'s lesser known party piece, is its battery and power saving features, with this flagship sporting a 2600 mAh pack that delivers an estimated 20 hours of talk time. Further added to this is the M8's power management, which can offer users up to 15 hours of usage at a mere 5% battery capacity. We were not able to test this feature out, but if it can provide such performance, it will make the One (M8) even more desirable.

As far as accessories go, HTC's Dot View Case may just be the best smartphone cover ever. The case itself looks fairly innocuous, but once utilised is truly engaging. This is down to the fact that its functionality is so simple and cleanly executed. For example, double-tapping the cover will bring up information such as time, weather, alarms and calendar events. It also allows users to answer or reject calls without having to open up the case. It's strange to think that this was not designed sooner. 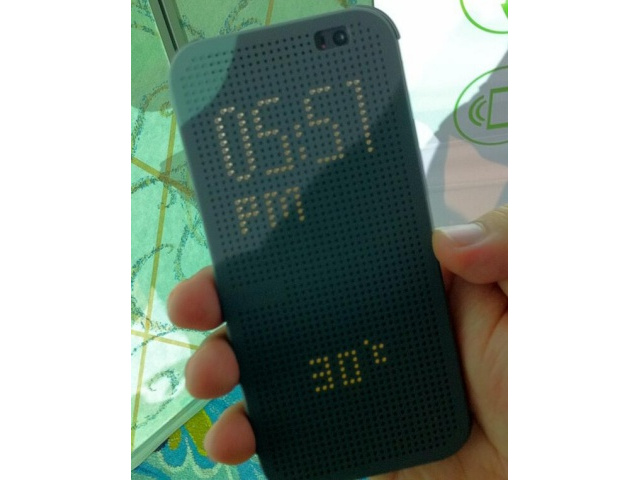 Based on initial impressions, the HTC One (M8) is every inch the flagship that specced crazed users will want, packing enough power to ensure this device remains technologically relevant for the next two years at least (or next year, when a new model is released).

We love the new design and increased dimensions of this new iteration, as HTC has gotten the balance just right. The phone is large enough for users to truly enjoy the imaging and BlinkFeed content, but not too large that it becomes cumbersome. The camera quality was another aspect that was equally impressive, as we picked great amounts of detail and clarity, even in the dark surrounds of the conference hall the smartphone was showcased in. It certainly appears as if HTC has hit all the right notes with this 2014 model.

However, we still have the same lingering concerns of how the One (M8) will tempt any users from parting with their beloved Galaxy's or iPhones.

HTC has slated the One (M8) for a late April arrival in South Africa, with pricing for the 16 GB and 32 GB variants of the device is yet to be officially confirmed. But we were told to expect the One (M8) to retail for around $750 (R8 000) for the 16 GB version.