With Suicide Squad (review) currently in theatres and Injustice 2 set to hit consoles sometime next year, it was always likely that developers NetherRealm were going to feature some of the Rogue's Gallery in their upcoming game. To that end, a new trailer has debuted at Gamescom 2016, bringing with it Harley Quinn and Deadshot. Much like they do in the movie version, these two pack quite the punch in the trailer below. 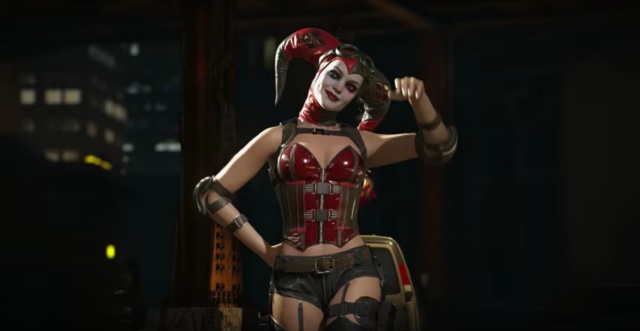 First Ms. Quinn, who has three different costumes for Injustice 2, as far as we can tell. Each pays homage to a different take on Harley, with nods to the 1990s cartoon series, Arkham video game and recent film. In terms of weapons, she has a pair of guns, as well as a baseball bat and signature giant hammer. Also thrown in are two hyenas sporting neon-coloured mohawks, because why not. 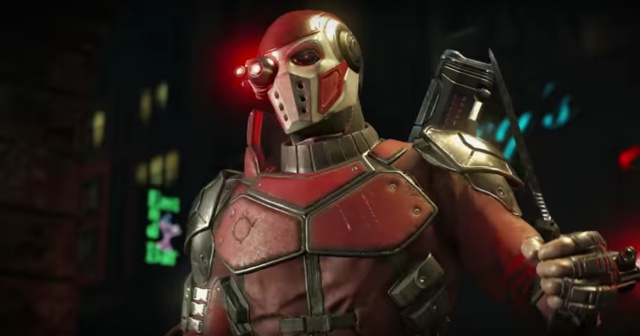 Moving on to Floyd Lawton, aka Deadshot, the Suicide Squad film has certainly been the developer's main point of reference for Injustice 2. He's sporting the same white mask and red suit, along with a scope over one of his eyes. Deadshot is all about firepower, and he's packing all manner of firearms, with his sniper rifle being the coup de gráce.

Both characters look like great fun to play, but when gamers will actually be able to enjoy either is still unclear. As such, Injustice 2's 2017 release date has not been detailed by NetherRealm. There's still a trailer to enjoy after the break through.