Harry Fisher on the TomTom Rider 400

Love late-night movie marathons? Here is how to ke...
0
comments

Harry Fisher’s biking pedigree stretches all across the globe, from his native England, all the way down south to Joburg. Alongside partner Mat Durrans they’re responsible for DStv’s The Bike Show and are also organisers of the SA Bike of the Year award. TechSmart chatted to him about his experience with the TomTom Rider 400 GPS unit designed specifically for motorcycles. 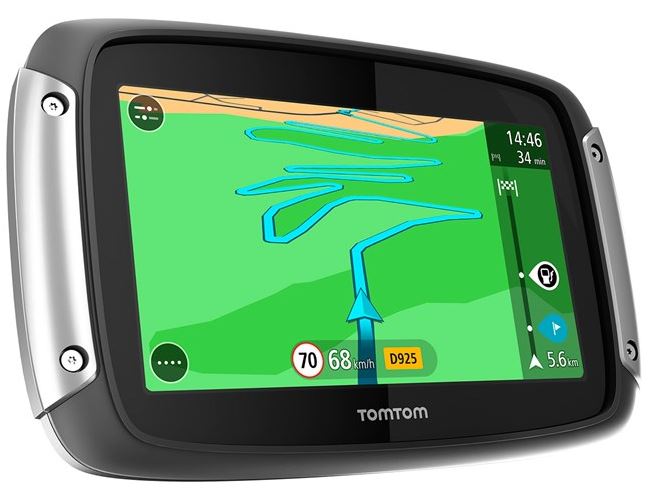 How do you get used to tech if you are not a tech guy? As a self-confessed technology Luddite, The Bike Show's Harry Fisher pegged himself as a paper map type of guy. “I resisted the whole GPS thing since I’ve tried other units in the past and never clicked with them,” he notes. “Mostly, I either know where I’m going, or have memorised the route.” When TomTom came aboard as a placement sponsor DStv’s The Bike Show, he was at first reluctant to give the TomTom Rider a chance. “I had to sit down and say, ‘OK, I have to learn this,’ but there’s nothing to learn, everything is remarkably easy.”

The Rider is approaching

The Rider 400 is the latest navigation device from TomTom strategically aimed at motorcyclists. These GPS units have grown in popularity recently, seeing that they offer bikers more than just the usual ‘get from A to B’ fare. For example, the TomTom Rider 400 provides a couple of interesting add-ons, the first of which is built-in TomTom Traffic that routes past high traffic flow areas, with Speed Camera notification also on board. While motorcyclist are perhaps not as confined to traffic jams as much as motorists are, Fisher believes routing past traffic is helpful. “While it [the TomTom Rider 400] takes you on an odd route, it gets you there, and when I’ve gone back to check if the Rider 400 actually did the job, you certainly see the traffic backed up,” Fisher says.

It is, however, past the city and on the open road where for many motorbike enthusiasts the true appeal lies. Catering to this is the TomTom Rider 400’s ability to plan specific routes to either get one there the quickest, or navigate via winding roads or roads based on elevation change. For bikers on a trip through Mpumalanga this is of course ideal. And it was here where the judges congregated to pick the SA Bike of the Year 2015 by riding 15 selected models. TomTom provided each judge with a Rider 400 unit, which Fisher believes actually helped with selection since the judges were free to travel from one destination to another at their own pace using the GPS, instead of waiting for each other in a pack. 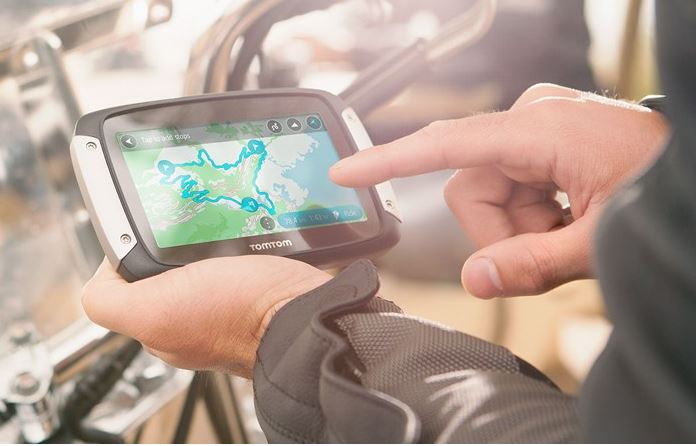 The ins and outs

While the unit might be straightforward enough to use, how difficult is it to mount it? According to Fisher, it’s “super easy,” noting that everything you need comes in the box, while a car kit is also included for when you’re not on a bike. For Fisher, line of sight of GPS units can be a problem; not necessarily so on the open road, but more in the city where you need to look out for traffic. “The TomTom can be mounted quite high so this is less of a concern,” Fisher believes.

Another potential headache for GPS units is glare, and since the SA sun is a far harsher than that of Fisher’s UK homeland, how does the Rider 400 fare in the bright of day? “You will always have a problem with screen glare, but you can mount the unit in such a way that you can twist the screen once it picks up shine,” Fisher says. He also believes that the 4.3” screen is bright enough, recalling that he might have problems seeing a bike’s LCD display, but not the TomTom’s. One thing Fisher hasn’t tested is the Bluetooth connectivity of the unit to a compatible helmet in order to hear the turn-by-turn navigation.

When discussing motorcycles in general, Fisher touches on an interesting point regarding navigation devices which might not be immediately apparent when looking to buy one in the shop. “When you own a sleek bike, you want a sleek GPS unit to match it, and TomTom did a lot to improve the design on the Rider 400 from the previous version,” he believes.

And the right one came along

While motorcycles might be in Fisher’s blood, one gets the impression that GPS units might not have garnered such a positive reaction if the right one didn’t come along and really impressed. This seems to be the case with the TomTom Rider 400, which seems to prove that, at least with Harry Fisher and GPS units, one can indeed teach an old dog new tricks. 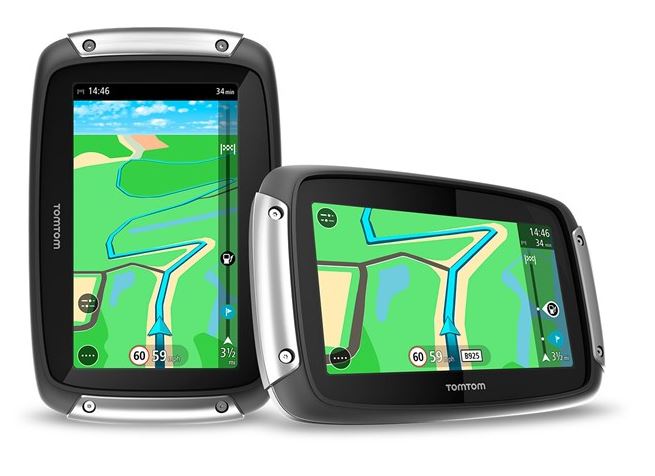