Known for their smartphones and smartwatches, South African consumers might not be too familiar with Huawei's range of notebooks. It’s time for this to change as Huawei South Africa announced the launch of its new Huawei notebooks, the MateBook D 14 and D 15, retailing for R13 499.

Similar except for battery life and screen size, the MateBook D series inherits the DNA of Huawei’s PC products, and comes with a range of new features, including support for Huawei Share. 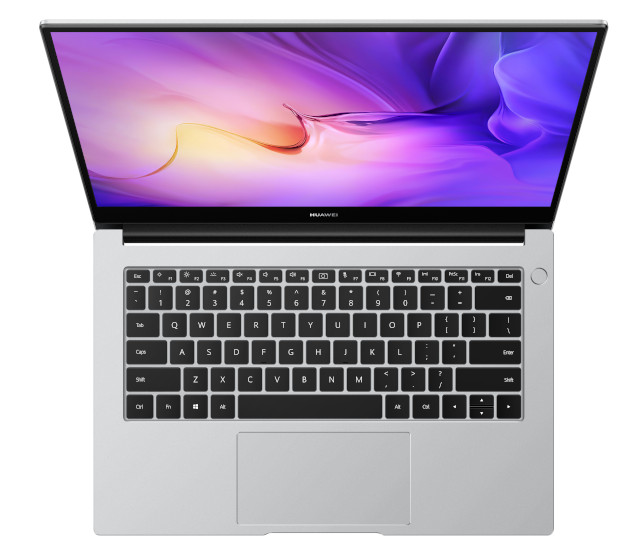 The HUAWEI MateBook D series family comes with a  FullView Display, with both the HUAWEI MateBook D 14 and D 15 notebooks offering a screen-to-body ratio of 84% and 87% respectively. The lightweight chassis on both devices is accentuated by a streamlined design with curved edges to produce a sleeker look.

The consumers of today do not look at PCs as just work tools, but also as a platform that lets them have some fun. The AMD Edition of the Huawei MateBook D 14 and D 15 is powered by a 12mm AMD Ryzen 5 3500U mobile processor, with the AMD Radeon Vega 8 Graphics GPU embedded in the notebook.

Huawei states the MateBook D 14 and D 15 notebooks excel both at cooling and battery life. For cooling, the notebooks include a new version of the Huawei Shark Fin Fan. With the new s-shaped fan blades, the Shark Fin Fan 2.0 optimises air flow dynamically for improved cooling and notebook performance.

In terms of battery life, the 56 Wh capacity battery of the MateBook D 14 notebook supports up to 9.5 hours of continuous local 1080p video playback on a single charge. This while the MateBook D 15 notebook’s 42 Wh capacity allows for up to 6.3 hours. Both batteries enable consumers to use their notebooks on the go without having to worry about their devices running out of battery.

A portable, multi-purpose 65 W USB-C charger and a USB-C to USB-C cable are included with both the MateBook D 14 and the MateBook D 15 notebooks. These chargers support all Huawei smartphones and tablets that are equipped with a USB-C port. They also feature overheat protection, which automatically stops the charging process once the temperature crosses a threshold to ensure safety.

Both devices in this new series are equipped with 8 GB of dual-channel DDR4, providing them with enough memory to handle most high load apps on the market, according to Huawei. The 256 GB solid-state drive (SSD) in the MateBook D 14 and D 15 notebooks is connected to the mainboard via the high speed PCIe interface. The dual-antenna WLAN module effectively receives WLAN signal for enhanced connection speed and stability. On the side, a diverse selection of interfaces can support multiple I/O needs simultaneously, including data transfer, peripheral connection and battery charging.

Huawei further notes its “revolutionary PC-smartphone cross-platform integration capabilities.” The new Huawei Share features allow users to project their smartphone display to a PC and control both devices simultaneously. Once the connection is established, users may drag and drop files across the systems to seamlessly transfer files and operate mobile apps directly on the PC – including editing documents.

The HUAWEI MateBook D 14 and D 15 are available at a RRP of R13 499. Full specifications are listed below. Both devices can be purchased from the following online stores and outlets: 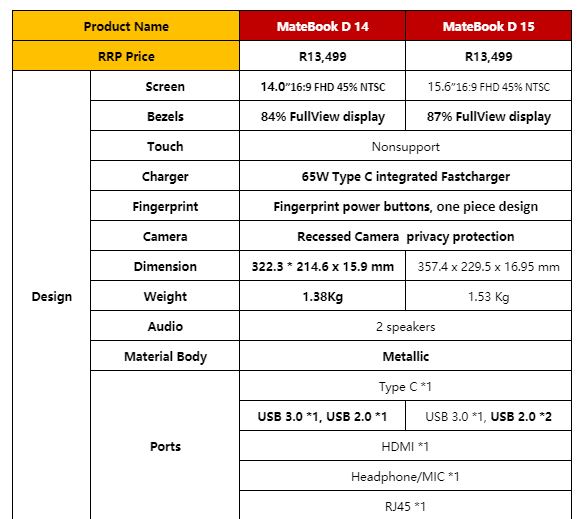 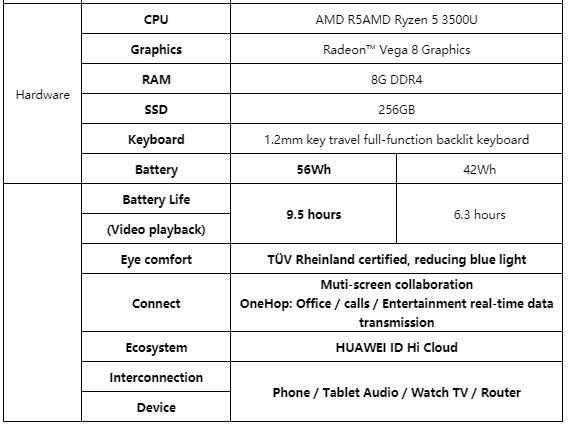