It would be no exaggeration to say that the PC industry as a whole is battling to stay relevant in an environment increasingly ruled by smartphones and tablet devices. To its rescue, perhaps, enters the hybrid PC.

It could be argued that the premise behind hybrids – those devices which double as both tablets and small notebooks or ultrabooks – is not exactly new. Indeed, when tablets, such as the iPad and various Android offerings began addressing their most glaring omission (no keyboard) with an array of accessories, they could technically have been considered hybrids of sorts. In fact, it was Asus who led the charge back in 2011, with its EEE Pad Slider (review), an Android tablet with an integrated, slide out QWERTY keyboard. With the introduction of Windows 8, however, hybrids really began to come to the fore.

Since the iPad took the world by storm three years ago, a number of very good third party external keyboards and keyboard-covers have made typing on a tablet a little more akin to doing so on a notebook or ultrabook. This is changing the perception that tablets are mainly for content consumption.

Complicating matters is the fact that now there are two types of hybrids - tablet hybrids (tablets that come with keyboard docks) and notebook or ultrabook hybrids (essentially notebooks with detachable screens that can then be used independently). 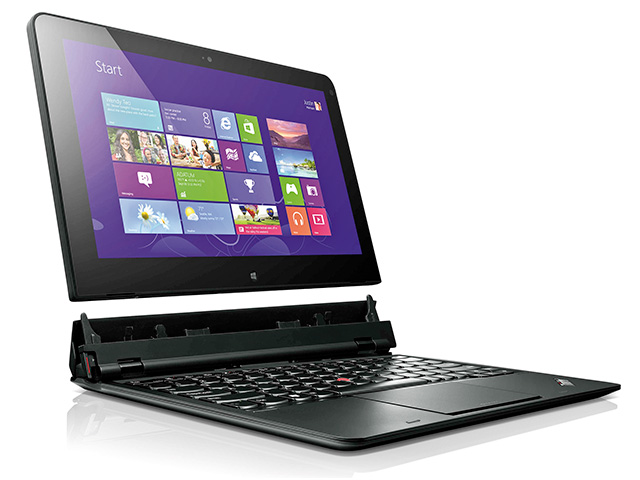 Lenovo's ThinkPad Helix boasts a detachable 11.6" screen, which can function away from its base station as a Windows 8 tablet.

However, each are doing so in different ways, with some choosing to focus on the tablet component of their hybrid first, with the keyboard dock segment trailing behind, and others doing exactly the opposite. For example, Acer has launched its Windows 8-based Iconia W510 (shown in our main image), a significant improvement over the W700, which is essentially a 10” Windows 8 tablet, running the cost and energy efficient Intel Atom Z2760 processor with a dollop of 2 GB of memory.

Falling into the same category is Samsung’s Ativ 500T (review); while it has similar specifications, it bumps the screen up to 11.6”, making it quite a bit larger. On HP’s end, it offers the 10.1” SlateBook X2, which sports a Tegra 4 processor, 1920 x 1200 IPS display and takes firm aim at the business user.

The pros in this approach is that it essentially delivers a bit of each – some of the portability extolled by tablets, along with a good balance between energy efficiency and processing power. The main con though, is that it occupies a middle of the road between being a very powerful tablet and a particularly portable notebook, not really pulling either off. 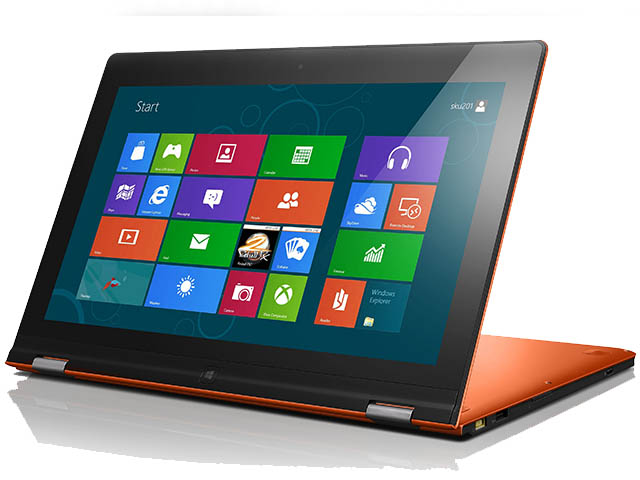 Notebooks that twist and bend into a variety of configurations have become more commonplace, as with the Lenovo IdeaPad Yoga.

Moving into the notebook and ultrabook hybrids, a prime example here is the Lenovo ThinkPad Helix (review) with its detachable 11.6” screen, which offers  a potent Intel Core i7 processor, 8 GB of memory, with a hearty 256 GB SSD drive, all running on Windows 8.

On the plus side it seems like an ideal solution – a detachable screen for tablet time on the couch, and all the power needed to do typical tasks. The main con here is the price, at R25 000, it certainly is not cheap. It is also not as portable as dedicated, smaller tablets, a factor that road warriors may need to consider.

Additionally, amongst the more curious of the hybrid entries are those that forsake detachable screen components for the ability to instead twist and flex into different configurations. More ultrabook than tablet, they are still innovative in their own right. For example Asus’ TaiChi (review) boasts two screens, one where the lid would normally be. 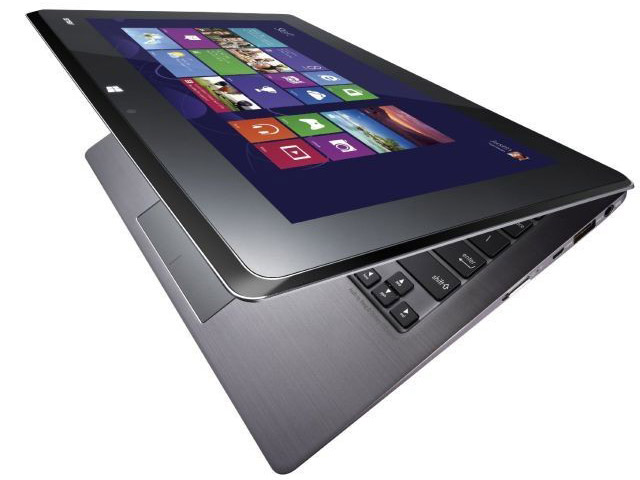 Why settle for one screen when instead you can have two? At least this is the philosophy Asus' TaiChi adheres to.

Then there are the twistable Lenovo ThinkPad Twist (review) and the bendable IdeaPad Yoga (review), with the former sporting a 12.5” screen with a high-end processor and memory. While useful for a variety of functions such as watching movies or working on a slate type setup, ultrabook hybrids are typically thicker and heavier than their other hybrid counterparts. We’ve tested these machines and might have used it as tablets more if Windows 8’s Metro interface offered the same usability as Android does.

In the final analysis, hybrids have nonetheless breathed a fresh air of innovation into the notebook segment, offering general and business users alike more choice, which is certainly nothing to scoff at.