There are loads of 10' Android Honeycomb tablets in market, each offering pretty much the same with slight variations here and there. Asus' Slider SL101 is the first one that really brings something different to the table. This of course in the form of a very useful slide-out QWERTY keyboard that went a long way in impressing us.
Now with keyboard
Typing on a tablet can be an awkward experience, which can be made a lot more comfortable by either a stand that raises the screen into a more comfortable position, or a separate stand-alone keyboard. Asus' slide-out offering is slightly superior, since the keyboard is always attached and surprisingly comfortable to work on.
Of course comfortable can be a relative term. Compared to typing on touch-sensitive glass it’s both more responsive and a lot easier, but unlike a full sized notebook, the Slider’s keyboard comes across a bit cramped. Although small the chiclet styled keys are big enough not to be a hassle, but the small Shift key can cause minor headaches, while there's unfortunately no delete key. The full version of Polaris Office is included in the package luckily, so document and spreadsheet creation are taken care off. 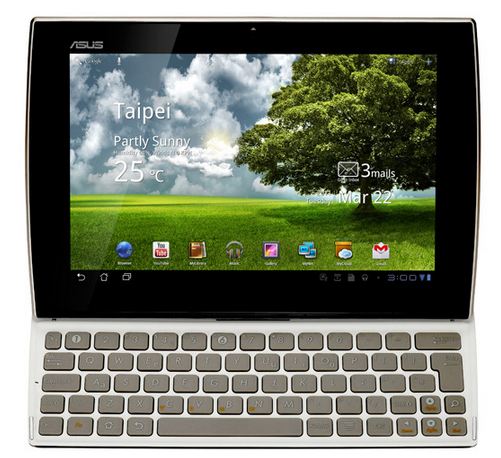 The keyboard also contains Android's regular control buttons which are Home, Menu, Search and Back. You don’t always need to use the search button, since if you type a letter on the keyboard when on the home screen, all apps and contacts starting with it will appear in a list on the right hand side, while it’s also entered into Google.
Once you know how, the keyboard is easy to slip out, while at the same time it tilts the screen allowing for a more comfortable viewing angle. Full marks would have been given if the screen's angle could have been further adjusted, but alas we can only hope for this on the next iteration.
Extra size and weight
The added keyboard does come with a downside, since it adds considerable weight and size to the device. It pulls the scales at 960 g, while its competitors range between 595 g on the Samsung 10.1 to the 765 g on the Acer Iconia A500. The extra few grams aren't going to break your back, but it becomes noticeable when reading books via the Kindle app with device in hand. The Slider is also noticeable thicker, with a width of 17 mm compared to the competitors’ ± 13 mm. 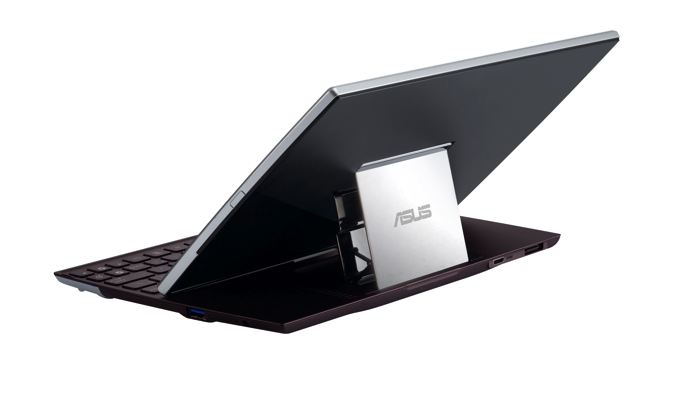 Ports galore
Apart from the keyboard, another stand-out feature of the Asus Slider is the amount of ports found on the unit. The added keyboard allowed Asus to include both a full USB 2.0 port and a microSD card slot, while a mini HDMI port can also be found, although you would have to bring your own HDMI cable to this tablet party.
Asus adds a nice touch, seeing that if you connect a Flash drive or microSD card, the Slider will show an icon in the bottom right of the screen which gives quick access to a file explore option. We also managed to plug in our mouse's wireless receiver which teamed up great with the keyboard - allowing us as much control as with a notebook, with the added benefit of a touch-screen.
On the left hand side of the keyboard you’ll find the volume rocker and the power button. These are unfortunately placed just a bit too close to each other to distinguish really well between them, which might find you locking the screen when you only want to adjust the volume.
Talking of which, Asus took the strange decision to include speakers at the back of the screen, which is sufficient when open, but gets muffled as soon as you slide the keyboard back.
Power
Armed with a dual core Tegra 2 processor and 1 GB of RAM, the Asus Eee Pad Slider SL101 is equal in power to other 10” Android devices on the market. Its results in SmartBench 2011 is pretty much in line with the rest of the Tegra 2 tablet gang, with the Slider scoring 2616 in the Productivity Index, which is better than the Acer Iconia A500 but lower than the Samsung 10.1’s very good 3368. As stated before, these Tegra 2 powered tablets are no slow pokes, dealing very well with pinch-to-zoom, multitasking, browsing and the like, but cannot quite measure up to the smoothness on offer on the iPad. 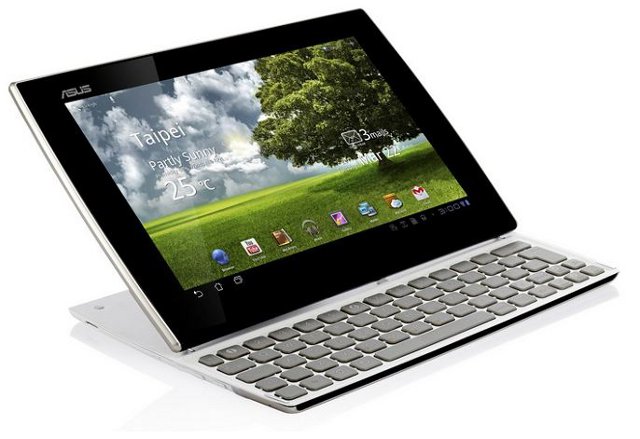 The big plus distinguishing the Asus Eee Pad Slider SL101from all other tablets, is of course its slide-out keyboard. We though it came in very useful and found the typing experience less taxing than trying to type on screen. If you’re going to be taking lots of notes, write emails or create the odd document, you should seriously consider the Asus Slider. The keyboard combined with the large amount of ports on offer, make the Asus Slider a worthy winner of a TechSmart Top Product award. Our model was Wi-Fi only with 16 GB of space.

It retails for R5999 and comes with a nice pouch.

Pros: Slide-out keyboard, lots of ports.
Cons: Sound not that good, extra weight because of keyboard, no 3G.

CONS
Sound not that good, extra weight because of keyboard, no 3G.
TAGS:
tabletsAsusAndroidkeyboardTegra 2
USER COMMENTS