Is this Microsoft's post-Windows 10 Lumia flagship?

At local Microsoft Lumia event held not too long ago, we asked Microsoft if the smartphones and phablets launched post-Windows 10 would look any different to those under the Nokia Lumia branding. The short answer was "No." Microsoft cited the fact that all smartphone form factors are more or less the same these days, means there's no real need to change the formula. As such, we've been quite anxious to see what the Microsoft Lumia device will look like, post Windows 10.

Fast forward to present day, and now we have two leaked images of supposed Microsoft Lumia flagships. The images come courtesy of that bastion of leaks, Evan Blass (a.k.a. @Evleaks). While most leaks are often vague and mysterious, serving more as click bait, these two look pretty bang on, especially as they both feature all the design hallmarks of a Lumia device.

Last week, we reported that Microsoft is set to have an unveiling event in October, post-IFA. Among the devices expected to debut were two new Lumia devices. To that end, we direct your attention to the images below of the purportedly named Lumia 950 and Lumia 950 XL. 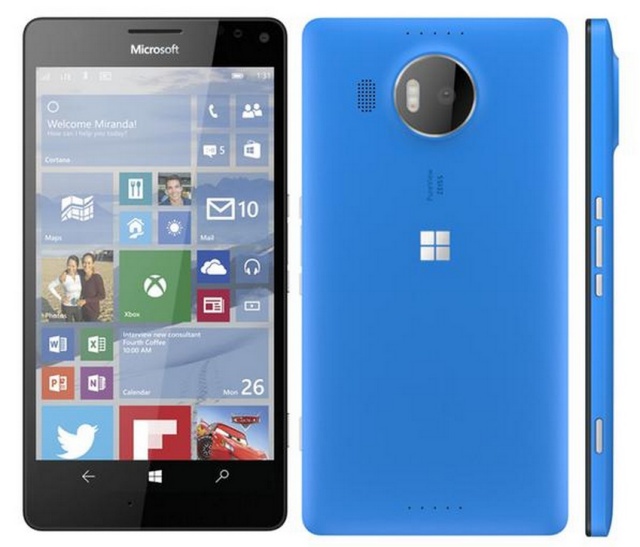 Accompanying the images, are a range of specs to dissect. We start with the Lumia 950, also codenamed the Talkman. It will sport 5.2" WQHD display (1440x2560), which should give it a pixel density of approximately 564 ppi.  Added to this, is a hexa-core Qualcomm Snapdragon 808 processor, 3 GB of RAM and 32 GB of internal storage. It also touts an iris scanner for Windows Hello, as well as 20 MP rear and 5 MP front facing cameras.

Moving on to the bigger Lumia 950 XL, referred to as the Cityman, it sports a 5.7" WQHD (1440x2560) display up front. In the processor department, it will use an octa-core Snapdragon 810 chipset, and feature the same RAM, internal storage and camera options as its smaller brethren. 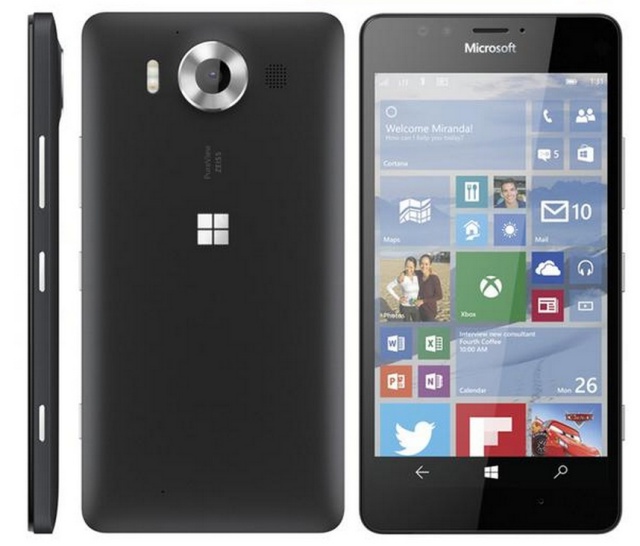 
As for whether any of this leaked information turns out to be true, we'll have to wait till Microsoft's October-slated event.