In Japan, for a series to reach true cult status, it needs to be immortalised on the side of a train, with the likes of Pokemon having done so in the past. Now that unique honour has been reserved for Neon Genesis Evangelion, which is celebrating its 20th anniversary this year, since debuting on Japanese TVs in 1995. JR West, the company responsible for manufacturing and operating the majority of Japan's trains and railways has detailed a prototype vehicle for the anniversary, named 500 Type Eva. 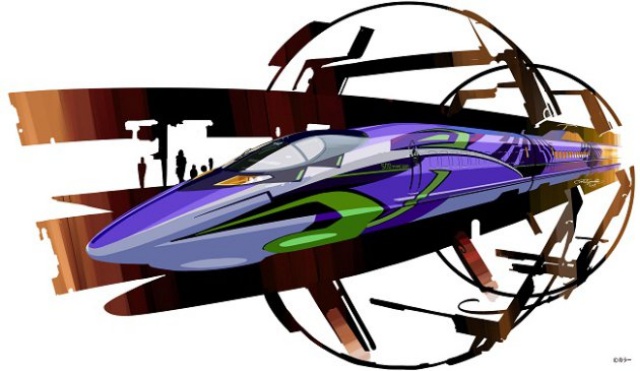 Those familiar with the series will instantly recognise the design, as it mimics that of Eva Unit-01, which is undoubtedly the most iconic of all the skyscraper tall mechs used in the series. It's not simply the train exterior that will be Neon Genesis-themed, with Jr West doing the same to the trains cabins, placing several forms of memorabilia from the series that fans will surely appreciate and enjoy.

JR West says it will begin running from this Autumn (September) in Japan, and will operate on the Sanyo Shinkansen (Bullet Train) line until March 2016.

On a side note, if you're aiming to get into anime, Neon Genesis Evangelion is definitely one series to watch.