When it comes to Electric Vehicles (EVs), almost every type of car has been catered to, whether it be a small city one, high-powered saloon or supercar. SUVs on the other hand, leave very few choices to EV drivers, with only the Tesla Model X standing out at the moment. Perhaps that's why Jaguar has opted to do an all-electric version of its recently released F-Pace SUV by unveiling the new I-PACE.

At the moment this vehicle remains a concept car, but Jaguar has already detailed so much about it that a road going version is slated to arrive in 2018. Whether or not South Africa will receive any is still unclear.

As far as the key numbers are concerned, the I-PACE is powered by a 90kWh battery pack which yields a driving range of roughly 500 kilometres based on driving style. It can also charge fairly rapidly, achieving 80% in 90 minutes when hooked up to a 50 kW DC charging point.

Like many electric cars, the I-PACE is no slouch, reaching 100 km/h from a standstill in just over four seconds. To put that in perspective, the 3.0 litre V6 supercharged F-Pace can go 0-100 km/h in 5.8 seconds. The reason for the I-PACE's superiority, is that it can can deliver 100% of its 700 Nm of torque instantly, making it accelerate so quickly.

Enough of the figures, hit play on the video below to see the I-PACE in action, and scroll down a bit further to check out some pics. 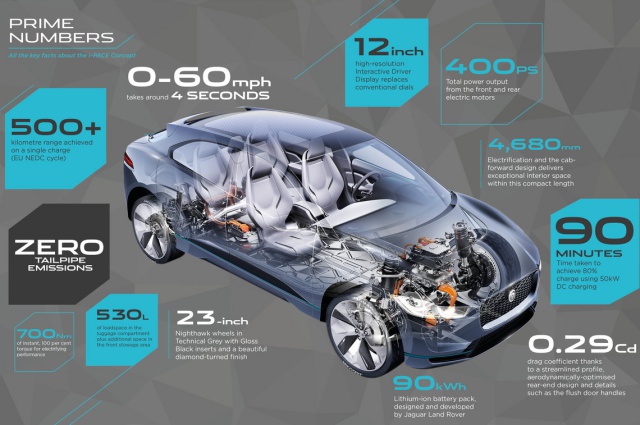 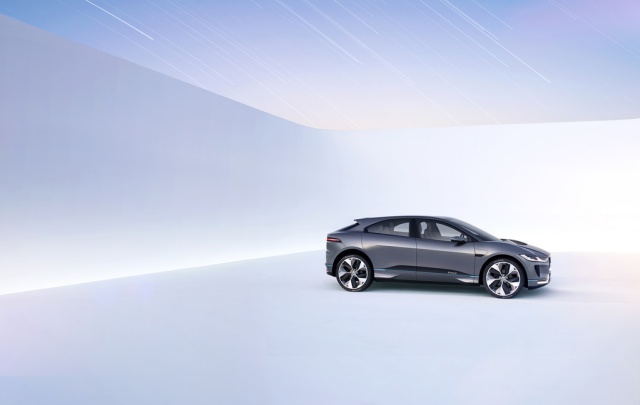 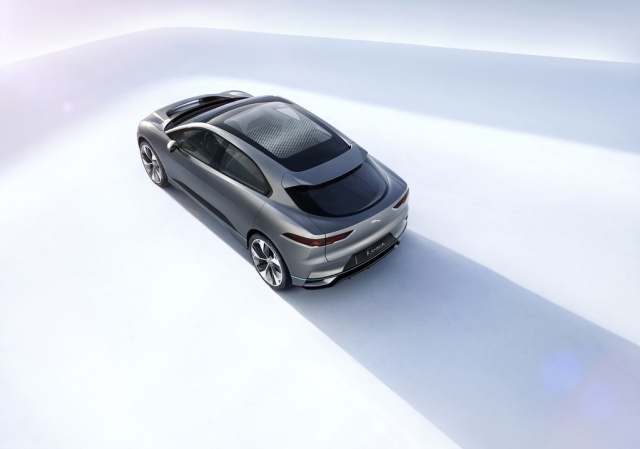 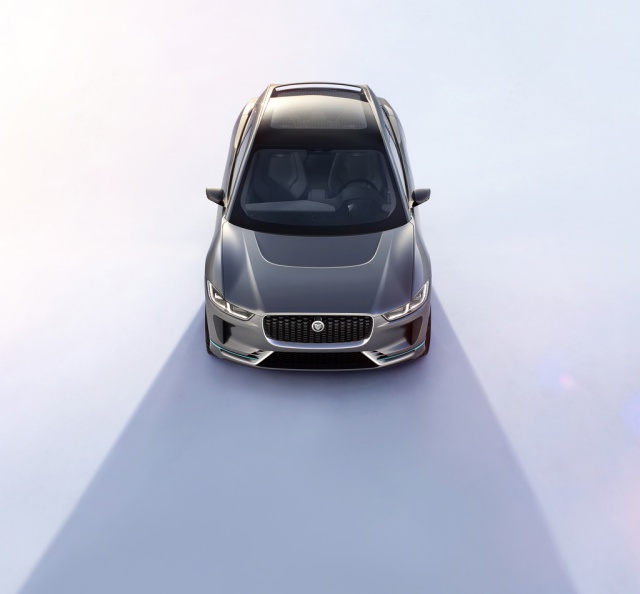