Personalised health – the next frontier of biote...
0
comments

Memories (also known as Otomo Katsuhiro's Memories) is made up of three separate science-fiction 'episodes' (an Omnibus) and is a truly impressive piece of art. In fact, it might be better to call Memories an art movie.

Produced in 1995 by artist/director Katsuhiro Otomo (Akira, Metropolis) and based on three of his manga short stories, Memories is one of the best omnibus movies out there. The art and animation are what you'd expect from a production with Otomo's name on it (see below for more info), and the underlining theme of memories in each episode makes it a film that is hard to forget.

In the first episode, Magnetic Rose, four salvage ship crewmen are drawn into an abandoned spaceship that contains a haunted world created by an opera diva's memories. It is sci-fi meets opera meets House on Haunted Hill, as the four men try to survive the rush of spine-chilling events.

The sheer brilliance and originality of Magnetic Rose holds one in thrall and keeps you captivated to the very end. The imagery is quite creepy, such as holograms that haunt people at the same time as the ghosts, and makes it amazing to watch.

Magnetic Rose is expertly directed by Koji Morimoto and animated by Studio 4°C. The script is written by anime director Satoshi Kon (director and writer of Paranoia Agent), and based on a story by Katsuhiro Otomo.

Music fans will love the score as it was composed by the enigmatic Yoko Kanno and greatly influenced by Giacomo Puccini's Madame Butterfly. It features Maria Callas' wonderful performance of Un bel dì, vedremo, which adds to the dark and haunting ambiance throughout. The music expertly reflects the feel of the episode in a very strong way and could be seen as a character in itself. 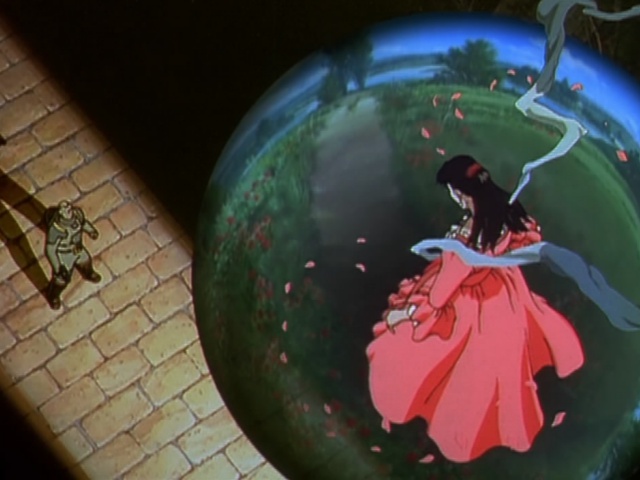 In Stink Bomb, a young lab assistant, fighting a simple cold, accidentally transforms himself into a force of destruction. This human bio-weapon is set on a direct course for Tokyo, with the government intent on stopping this geeky explosion waiting to happen. The animation style is very comical and though the episode is quite weird, you can't wait to see what happens to the luckless lab assistant next.

Stink Bomb was directed by Tensai Okamura (Cowboy Bebop) and animated by Madhouse. The score is arranged by Jun Miyake and his jazz and funk vibes bring justice to the the film's chaotic, hilarious nature.

The most intriguing part of Stink Bomb is that it’s rumoured to be inspired by true events. 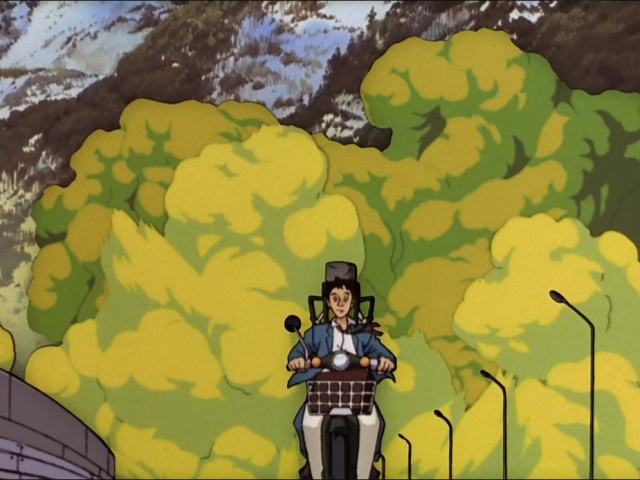 The final episode, Cannon Fodder, shows us a day in the life of a city whose entire purpose is firing cannons at an unseen enemy. It’s a nice example of a steampunk world where all technology runs on steam and people are dressed in Victorian fashion (also check out our Steampunk Anime review). Some see this episode as an imitation of life, slogging through the same struggles every day with no obvious change in sight. Cannon Fodder is sombre and melancholic, and our least favourite of all three Memories episodes.

Cannon Fodder is written and directed by the producer of Memories, Katsuhiro Otomo, and is animated by Studio 4°C. The music is composed by Hiroyuki Nagashima (Sodom the Killer), and comes across as weird and brassy plus difficult to classify. 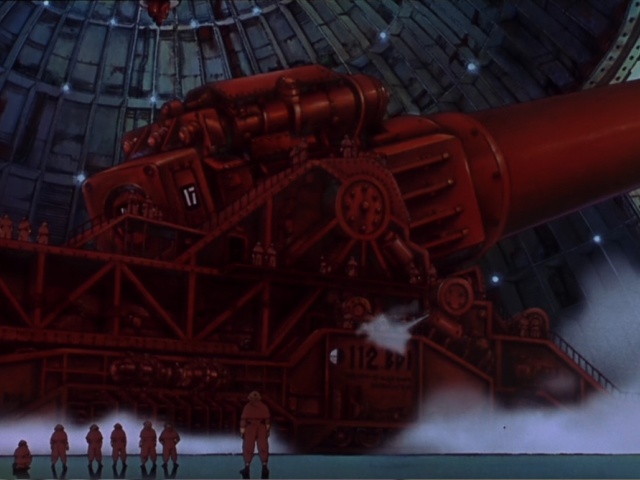 Otomo was born on 14 April 1954 and is one of the most respected manga artist, screenwriter and film directors of his generation. He has many awards under his belt including an induction into the American Eisner Award Hall of Fame (2012) and the Winsor McCay Award (2014). His works include Highway Star and The Legend of Mother Sarah.

Also watch: If you like Memories and its artwork-style, you should check out the movie Akira, which is also written by Otomo or Metropolis, which he directed, as well as the compilation anime movie Neo-Tokyo.