This week we bring you anime that contains elements of Dark Fantasy. The Dark Fantasy genre is all about fantasy but with horror elements, including demons, ghosts and other supernatural creatures mixed in. For this Know your Anime, the epic Berserk and Claymore are on the menu.

Berserk is based on the manga, Berserk, written and illustrated by Kentaro Miura (some of his other manga includes King of Wolves and Japan).  In 2012, a remake of the anime was filmed, splitting it into three separate movies. The first two, Berserk Golden Age Arc 1 and 2, are a recap of the anime itself, with the third, Arc 3 going beyond the original series' storyline. Here we've focused on the first of the remakes - Berserk Golden Age Arc 1 Egg of the Supreme Ruler.

Berserk Golden Age Arc 1 Egg of the Supreme Ruler starts with a superbly animated action-packed war sequence. Enter the hero of the story, a young sell-sword, who kills for money, named Guts (yes, that is his name). A fight between Guts and a general named Bazuso starts, after which, Guts walks away victorious and just as the onlookers cheer, the intro music of the anime begins, setting a unique tone for the rest of the anime.

The overall story involves Guts being recruited into a mercenary group called the Band of the Hawk, whose purpose is to help its leader, Griffith, acquire his own county and noble title, even though he is not of noble birth.

Berserk Golden Age Arc 1 Egg of the Supreme Ruler is breathtakingly well crafted and beautifully animated. Some of the animated ‘treats’ in this anime, is the blood spattering on the ‘camera lens’ as if this movie is filmed in live-action. The Medieval world in which it's set looks so believable at times, that you might forget that this is an animated movie at all. The orchestral music that accompanies the storyline also fits perfectly, which all combines to enhance this remake, and make it even better than the original - rare in the world of anime.

Be forewarned that this anime is not stingy with the blood and gore so it’s better suited for those who can hold their lunch.

Also watch: If you liked Berserk Golden Age Arc 1 Egg of the Supreme Leader, there is also Arc 2 The Battle for Doldrey, Arc 3 Descent as well as the original Berserk series to watch.

Olm was founded in 1994, with its studio situated in Setagaya district of Tokyo, Japan. Some of their notable anime productions include the Pokemon franchise as well as Comic Party. Recently they also expanded their business to do live-action movies like Shield of Straw.

Claymore, is an anime series, based on the manga by the same name, set in a medieval world inhabited by Yoma - demon-like creatures that can take human form - that of course eat humans. The only ones capable of fighting them are Claymore, who can tell human from Yoma because they themselves are part human, part Yoma. The all-female Claymores have silver eyes which turn gold when they fight, with a few nifty abilities such as going without food and water for a week if necessary. They also have accelerated healing, are faster and stronger than humans (because of the demon side in them) but they can die if hit in a critical spot. 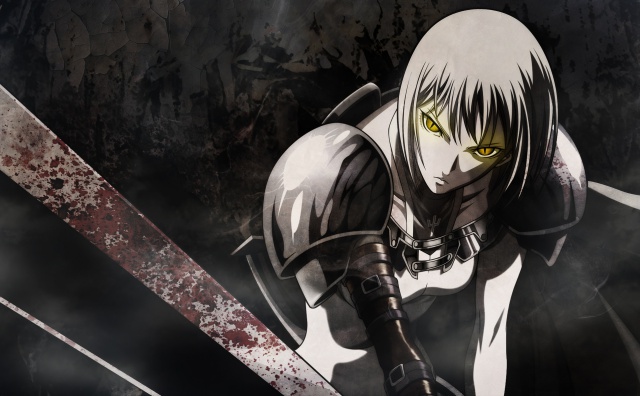 A human girl becomes a Claymore after eating (this is called "Taking") the flesh and blood of a Yoma, and their sole purpose is then to kill Yoma. Claymores have to use their minds to restrain the ‘Yoma’ within and the more they use their Yoma abilities the more at risk they are of becoming a Yoma themselves.

The Claymore anime focuses on a boy named Raki and a Claymore named Clare. Raki’s parents were murdered by a Yoma, with this Yoma then taking the form of Raki’s brother, hiding in the town and eating its residents. The town sends for a Claymore, Clare, who does the necessary killing. Raki then decides to follow Clare in gratitude for her service, but also because the superstitious townsfolk are afraid he might be a Yoma too. 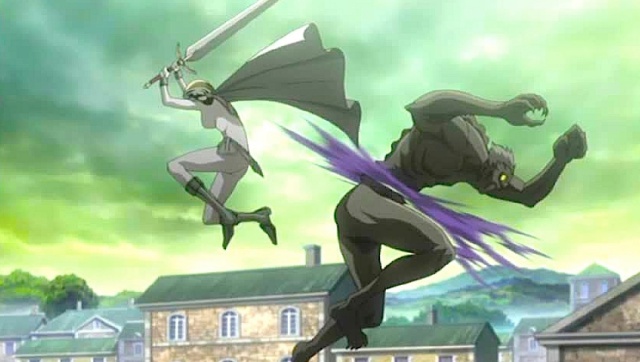 This anime is drawn in very dark tones and colours which go well with dark life a Claymore leads. It is bloody and realistic at the same time, while the soundtrack fits in really well with this anime, and is expertly composed by Masanori Takumi.

There is a lot of violence since it is filled with battles between Claymore and Yoma, but still well worth watching.

Also watch: If you enjoyed Claymore, have a look at The Vision of Escaflowne as well as Juuni Kokki, which is also a great anime to watch.

Madhouse is an anime house founded in 1972 by ex-Mushi Pro member Osamu Tezuka.  Madhouse has produced many popular anime to date, like Trigun and Deathnote.