Lego Book Bundle available for the builder that has everything

If you can’t get your hands on the Lego Yellow Submarine, how do you fill the Xmas stockings of your favourite Lego fan? You’re in luck since currently Humble Bundle has an amazing book bundle available. The Lego Book Bundle includes 16 books from No Starch Press worth about $323, which can be yours for $15.

Using their pay what you want model, a mere $1 will bag you four of these titles, including Beautiful Lego, a collection of amazing Lego artwork, or Medieval Lego, with historic battles illustrated using the world’s favourite bricks. 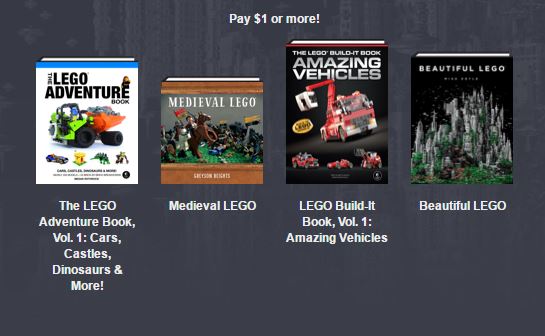 $8 takes you to the next tier and unlocks six more titles, with a stand-out here being The Cult of Lego, a journey to meet all the amazing Lego fans and devotees across the globe. For those with an anarchic streak in them, Forbidden Lego explores the world where rules such as not using Lego to shoot projectiles simply does not apply.

If you have $15 (or the rand equivalent of R212) gathering dust somewhere, you can access the final six titles, including our favourite pick, The Lego Architect, which takes you through the history of architecture, with all the buildings of course reconstructed with Lego. A close second is Steampunk Lego, which include several strange Victorian Era/Sci-Fi mash-ups.

Running alongside the Lego bundle is The Humble RPG Book Bundle from Fiction Faves, containing a number of role playing games and certainly worth checking out if you like Dungeons & Dragons.