The company’s latest, thinnest and lightest ultrabook  could well be called the Angelina Jolie/Charlize Theron of notebooks, as it is imposingly beautiful; a fact made even more surprising by the fact that it is primarily aimed at business and enterprise users. Based on our brief time with it at Lenovo’s offices though, we have little doubts that general users (and frequent travelers especially) will be clamouring for it in the weeks and months ahead as well. 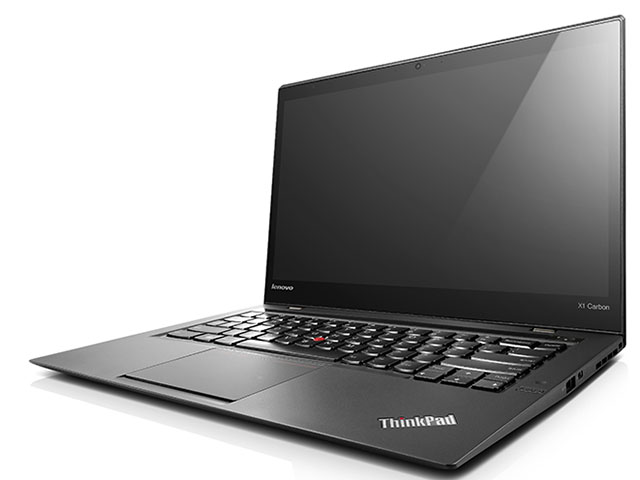 Clearly, no expense has been spared on the tablet's materials - it feels like a premium machine and its rugged build was proved to us when it was thrown hard onto the floor with no consequences.

The reason for this is not just that the 14” ultrabook offers a beautiful screen with a luscious resolution of 2560 x 1440. Rather, it is due to the fact that it weighs in at 1.2 kg, and in the hand seems impossibly thin. Moreover, its construction is impressive, with, as the name suggests, the chassis employing carbon fibre. This, Lenovo pointed out, was double the strength of magnesium alloy, and the ultrabook certainly felt up to its fair share of abuse.

Rather than just claim it though, Lenovo’s Julian Piennaar slammed the ultrabook hard on the floor, causing at least one journalist to wince, but was seemingly none the worse for it. What should also put a smile on the faces of business users and long distance travelers alike is that the ThinkPad X1 Carbon offers a battery life up to nine hours according to Lenovo, and can, through Rapid Charge, be recharged up to 80% in an hour. It also accommodates a SIM card for 4G connectivity.

A backlit keyboard (which in our limited hands on time seemed to offer deep, springy presses and be a pleasure to type on), notable specs including up to a fourth generation Core i7 processor with 4 GB of memory and a ten point multitouch screen (on Windows 8.1) are all onboard, but they are not the X1 Carbon X’s main trick. 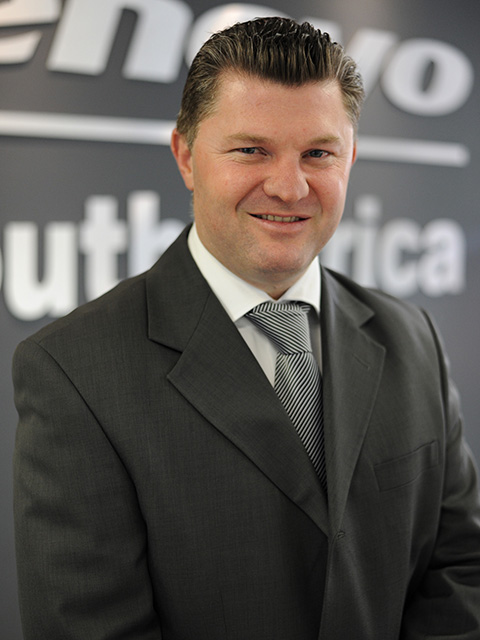 That claim to fame belongs to the Adaptive Keyboard, which adjusts based on the software or application being used to highlight the most relevant keys. More specifically, Lenovo has removed the Function key row, and replaced this with a liquid crystal display touch strip that adapts to whatever application you are using. For example, if you are browsing the web, the strip displays touch keys for refresh, copy, paste, the snipping tool, and cloud services. If you instead fire up your media player, the buttons change accordingly.

Additionally, the ultrabook has integrated voice and gesture control, enabling users to swipe their hand in front of the screen to advance to the next track or pause music or a video with a simple hand gesture.

Graham Braum, Lenovo Africa general manager, added that the ultrabook would also cater to docking stations – a feature not often found on ultrabooks, but apparently, still in demand by business professionals who prefer hooking up a larger screen and keyboard when in the office. 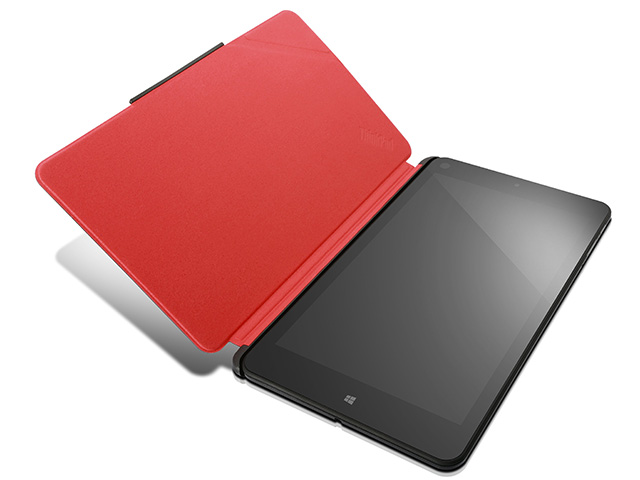 The ThinkPad 8 Windows 8.1 tablet comes with a snap on cover, which wakes the tablet when opened, and sends it to sleep when closed.

Admittedly, for us the ThinkPad X1 Carbon was undoubtedly the star of Lenovo’s show, and pretty much hogged the red carpet. However, that is not the only addition the company unveiled, or that it will be bringing to business users in the weeks and month ahead. Also showcased was the  ThinkPad 8, an 8.3” Windows tablet with a screen resolution of 1920x1200 and some impressive specs of its own. These include an Intel Bay Trail Quad Core processor, up to 128 GB of storage, a microUSB 3.0 port, LTE connectivity, and a battery life of up to twelve hours.

Both the new ultrabook and the tablet support Miracast; while the former is already available, and starts at R22 000, the latter is expected to become so in the month ahead, with a RRP of R8 500.