CES is now in full swing, and today seems to be focused on Virtual Reality, with a number of manufacturers showcasing their wares. One of the standout company's doing so is Lenovo, which lifted the veil on its new standalone Daydream headset called the Mirage Solo.

What makes this offering particularly intriguing is the fact that it can operate without the need for wires or being tethered to a power source. It also works sans smartphone or PC, which could be a good thing for consumers that don't wish to be restricted by hardware.

Speaking of its wireless operation, Lenovo notes that the Mirage Solo can handle up to seven hours of use from a single charge. Added to this is a 110-degree field of view with inside-out motion tracking technology named WorldSense. 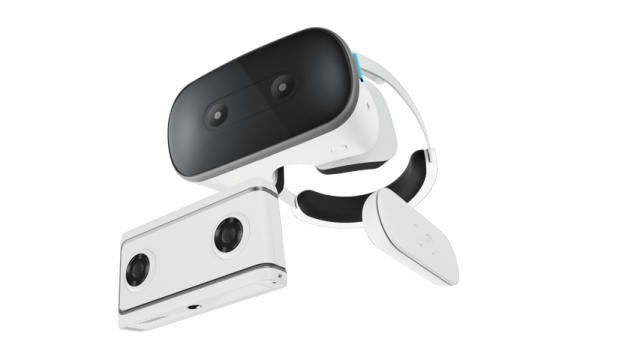 Other specifications include a Snapdragon 835 processor, 4 GB of RAM and support from Qualcomm's VR platform to ensure new applications are launched on the Mirage at a faster rate than other headsets, according to Lenovo.

Along with Mirage Solo, Lenovo has also launched the Mirage Camera as an add-on accessory that will allow users to record, watch and share their own VR videos.

At this stage, no precise pricing is available for either the Mirage Solo or Mirage Camera, but Lenovo states that both will go on sale in select markets in the second quarter of this year. Whether South Africa will be in the mix, remains to be seen.