Listen to Oryx speak in the latest cinematic trailer for Destiny: The Taken King

"I will take them all." These are the first words we hear forebodingly spouted from Oryx's mouth. With its release now one week away, we finally get to listen to the titular Taken King for the first time in a new cinematic trailer courtesy of Destiny's developers Bungie.

Along with observing the Guardian's main nemesis, we also get some insight into his power, namely the ability to resurrect those that have fallen on the battlefield, which should prove quite interesting to tackle in the expansion's campaign mode. 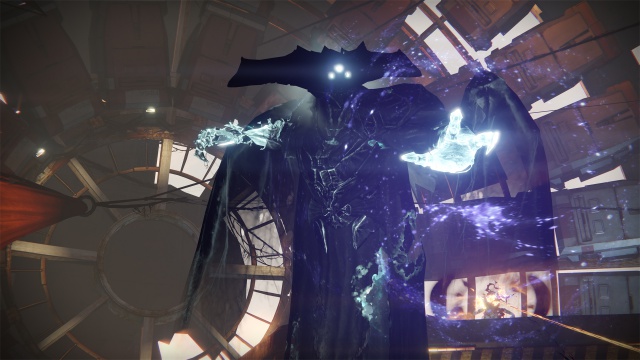 Bungie, the team behind Destiny, has kept their gaming community well updated as far as the new features, gameplay elements and weapons that The Taken King will bring to the fore in recent months. We've also had a host of trailers, both informative and entertaining to dissect, and this latest one will probably be the penultimate trailer we receive before The Taken officially releases on 15 September.

For those still mulling over the purchase of the expansion, which also happens to the game's biggest to date, a preview version of The Taken's King Crucible is available to all current Destiny gamers.

If you want to hear the main big bad in The Taken King speak, click on the trailer below.