Microsoft’s Underground Tour, held at the company’s headquarters in Redmond, Washington continued, with two of the highlights waiting in the wings. Ryan Noik reports back.

With Microsoft Research, the future of computing, and the hardware labs behind us, the next destination on the Microsoft Underground Tour was also one of the most inspiring. Named The Garage, this had nothing to do with cars and everything to do with innovation. While the hardware labs delved into the processes and pragmatics of how prototypes are brought to life, Microsoft Garage focused more on the creativity and the inspiration to make new things.

Steve Scallen, the principle design researcher at Microsoft Garage, explained that his department was essentially a community of people which fostered innovation and experimentation amongst Microsoft employees. This, he continued, is part of the cultural evolution of the company, a topic which was first referenced at the very start of the tour, and which Scallen described as really revolving around what people do, how they do it, and what they say.

He elaborated that the cultural change to a more innovative mindset embraces everyone, not just those in engineering, but rather across the board, from marketing and sales to those in human resources as well. 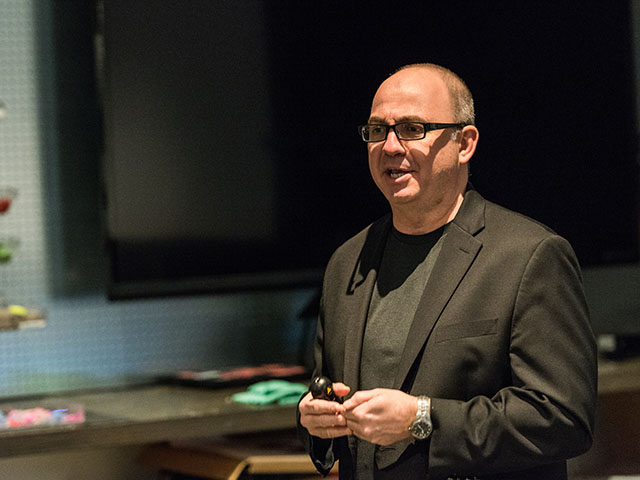 From passion to project

To this end, Scallen elaborated that anyone at the company could have an idea, and assemble a team to develop it, and then learn from what they are building together. Thus, he continued, The Garage really embraces a variety of programmes to empower Microsoft’s people to take an idea into a prototype or a project phase.

“All ideas start with passion. This may come from someone’s general activity in their job, from their personal interests or from an interaction with a customer that spurs a desire to help them, which then becomes an idea for some innovation,“ he enthused.

Nor was this necessarily limited to an actual product. Rather, Scallen elaborated that the innovations could range from a business plan, a new marketing framework, internal policy, business process or business tool. The objective, he continued, is to be able to gather together people with various skillsets to bring this idea to life, experiment with it and then based on these learnings, formulate subsequent iterations. A large component of this was learning from the feedback received so as to improve the project in question.

One example of a simple, but very practical application of this was a team that decided to retool a vending machine with a Surface tablet, running off Microsoft Azure cloud, to supply employees with items that are frequently needed, from spare charging cables to Android smartphones that they needed to experiment with. The machine then sends an email reminding the borrower to return the item when they are finished with it, and records whether or not it is still in working condition and able to go back into storage for the next person to use. 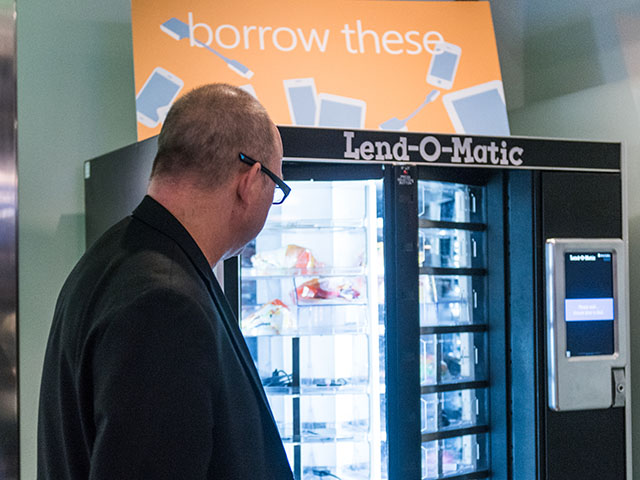 The Garage is also home to what Scallen refers to as hacking. This is not the kind of hacking associated with cybercriminals aiming to steal money or corporate secrets, but rather entails gathering together and spending time brainstorming so as to “make things out of ideas” in order to produce a prototype and proof of concept quickly.

“When you have people turning ideas into things, and you encourage them to move forward, it reaches a point where you have to put it in peoples' hands, so as to continue learning,” he continued. To this end, Microsoft currently holds the largest private hackathon in the world. For a week, it sees more than 16 000 people across 75 countries spending time creating ideas, planning and building almost 4 000  projects collectively. This provides creators the opportunity to test what they are doing and solicit feedback, which Scallen stressed is so important to innovation. 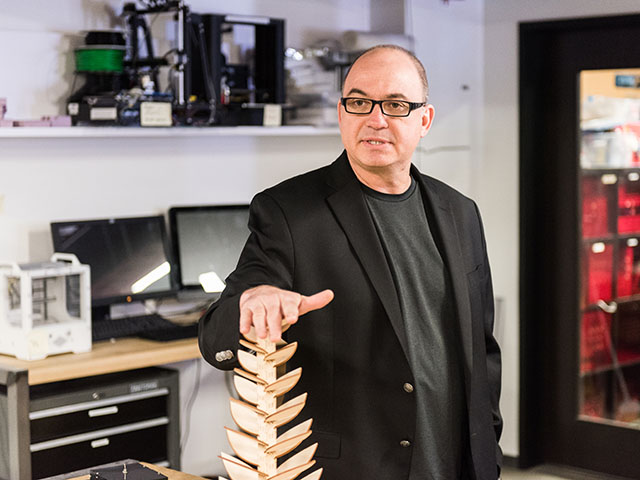 Additionally, The Garage also runs a sixteen week internship programme, where groups of students work with each other to plan, build, execute and refine their own innovations. These work directly with a Microsoft sponsor team, to produce a working product. Just two examples given included News Pro – a  personal news aggregator, which could be connected to Facebook and LinkedIn and personalise one’s news stream.

The second successful project, Video Breakdown, was no less useful. This has particular application to conference delegates or university students, who may have a two hour video but want to view a particular point in the recording where the speaker mentioned something specifically. Rather than sitting through several hours of recording, Video Breakdown is able to find a specific moment and bring that to the fore, by breaking the video down by concept and facial recognition.

Before we left The Garage, we were treated to a quick visit to its own Maker labs. This, Scallen explained, is where hypothesis can be tested, but also meant to serve as a gateway for encouraging learning and fostering curiosity.  “When you build things, or are with people who build things, that creates passion,” he enthused, bringing us right back to where the journey began, with the fuel for innovation.

Our time in The Garage was over, but there was still quite a bit to look forward to, including a legal view of cloud and then the pinnacle of the Underground Tour experience – a chance to expand our view of reality.