The world of smart home devices is being led by the likes of Nest, but now Microsoft is aiming to get in on the act, with a recent partnership with Johnson Controls yielding a Cortana-powered offering called GLAS.

Accompanying the announcement is a video of the device at work, with a semi-transparent touchscreen display that will allow users to control the temperature in a given room, as well as check the energy usage, air quality and bring up calendar information and events. 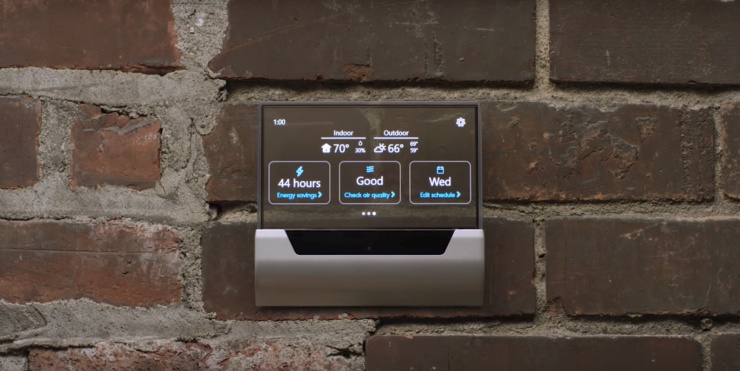 GLAS will utilise Microsoft's IoT core platform, with Cortana being the user interface. Added to this will be voice-activated integration, making the GLAS the first device to feature Cortana. It also marks the start of Microsoft's reported plan to develop fridges, toasters and other household appliances with the IoT platform.

At this stage, however, it's unclear if Microsoft will be partnering with other companies to develop these devices as well. Also amiss is when Microsoft plans to be bring GLAS to market, or indeed which regions it will be available in.