Microsoft introduces Surface Book 2 as most powerful notebook to date

It's difficult to get excited about any new Surface branded hardware from Microsoft these days, namely because the devices very rarely, if ever, make their way to South Africa in an official capacity. Nevertheless, any announcement made by Microsoft on new products it's developed are still noteworthy, which brings us to the Surface Book 2.

As the name might hint to you, the Surface Book 2 is Microsoft's second iteration of its flagship convertible notebook offering, with the company crowning it as, "the most powerful Surface laptop yet." Microsoft made a similar declaration about 2015's fulcrum hinge sporting Surface Book, so this latest model keeps the trend alive. 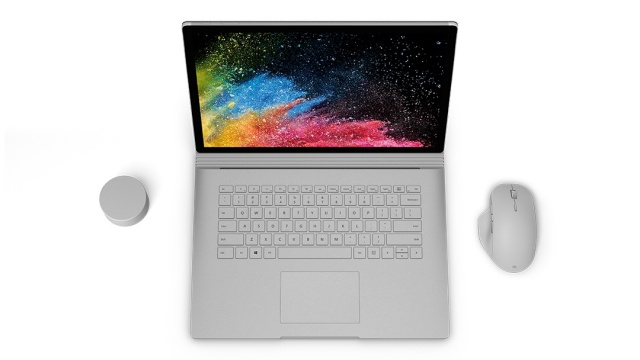 So what makes this new offering worthy of the title? Well first it will come in two sizes, either 13.5" or 15", with both featuring PixelSense multi-touch functionality, and the larger model boasting 45% more pixel density than the MacBook Pro, according to Microsoft. Which MacBook Pro they're referencing is unclear though.

Moving on, the internal specifications will allow up to an 8th Gen Intel Core i7 processor, as well as a choice of Nvidia GeForce GTX 1050 or 1060 graphics cards. This setup is reportedly five times more powerful than the original Surface Book, with Microsoft adding that it's twice as powerful as the latest MacBook Pro (again, model not specified). Added to this is all-day battery life, with up to 17 hours worth of video playback.