New trailer for Everybodys Gone to the Rapture appears online

We're not too sure exactly how to describe Everybody's Gone to the Rapture, the upcoming title from developers The Chinese Room. It’s set in an alternative 1984 England, where it appears as if you are the last person on Earth. Not only do you have to try and make sense of the vacant world around you, but also what exactly happened for things to end up this way. The game first debuted last year at E3, and in a few short weeks, the first beta for the game will be released. 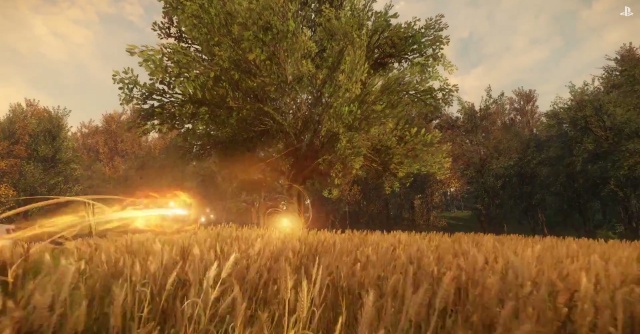 To preempt the beta, The Chinese Room has also debuted a new trailer that seems to hint a bit more at the storyline, if only slightly. Either way, this is one title that may have snuck past gamer's radars, but will surely be a title on everyone's lips in a few months time.

For now the exact release date is unknown, but this PS4-exclusive is set to arrive before the year's end. With that being said, click on the E3 and most recent trailer below, and try to decipher its message. We've also included the beautifully haunting song for the game.