Nathan Drake, almost as famous for his penchant for finding trouble as his perpetually untucked shirt, is on his way to the PS4 in just a few short months (7 October, to be exact) and a new trailer shows him in all his HD glory.

No, we are speaking not of Uncharted 4: A Thief’s End, which is still delayed into early next year, but rather the remastered collection of the first three games.

The trailer below mixes some of Drake’s story from amongst the titles, teasing with his first introduction to his best mate, Sully (which was actually only explored in Uncharted 3: Drake’s Deception), his first meeting with Elena (Uncharted: Drake’s Fortune) and his, um, encounter with a certain runaway train which ended up hanging off a snowy cliff (Uncharted 2: Among Thieves). It then culminates in Nathan Drake’s version of how not to fly in a plane (Uncharted 3). 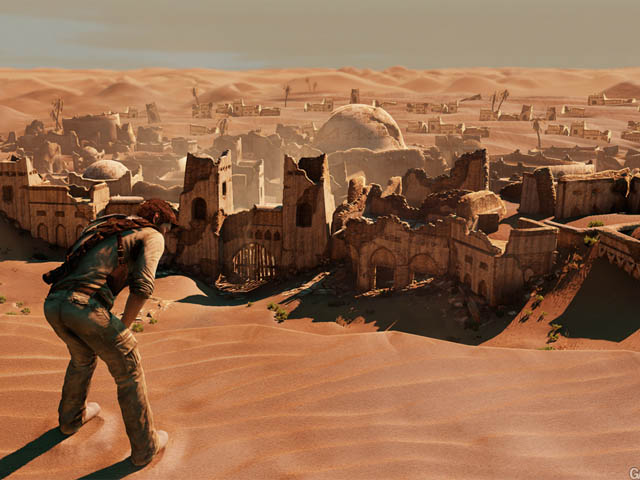 Admittedly, the footage shows a particular sharp rendering of games that were stunning on the PS3, but even for players who already include Drake’s adventures in their library, there is more to the collection than just compelling players to double dip.

More particularly, Explorer Mode caters to beginners, where combat difficulty is reduced greatly, while Speed Run Mode adds a timer that allows players to track their gameplay time against their friends as they play sections of the game.

Brutal Difficulty Mode is apparently aimed at providing the ultimate challenge as the gameplay will be more punishing than Crushing Difficulty, although it is only unlocked after beating Crushing Difficulty in the same game. Also on offer in the collection are new Photo Mode tools for capturing in-game stills. There is another hook, in that those who buy the PS4 version will have exclusive access to the Uncharted 4: A Thief’s End multiplayer beta when that is activated. Suffice to say, we cannot wait to see how the PS4 handles Drake’s misadventures, and how Naughty Dog, along with Bluepoint Games, have managed to surpass the older PS3 versions in conveying this generation’s answer to Indiana Jones.

Take a look at the trailer below and see if you will be adventuring with Drake once more come October.