Nike and PlayStation have a history of collaborating on sneakers. The latest pair is the new variant of the PG2, which is the signature shoes of basketball player Paul George (Oklahoma City Thunder). 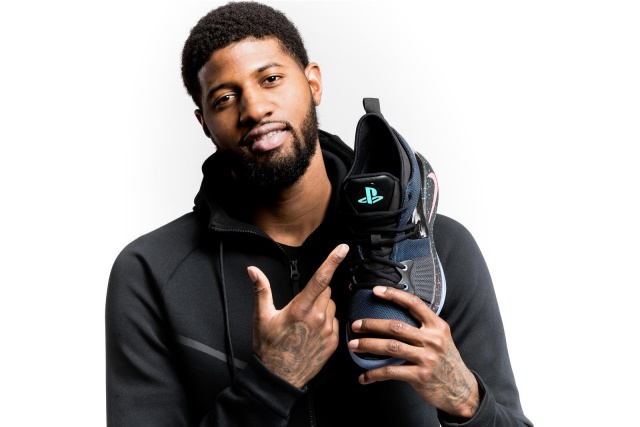 Taking inspiration from PlayStation's DualShock 4 controller, these PG2s feature a few quirks to differentiate them from your standard kicks. To that end, the colourway of the sneakers are designed by PlayStation and said to mimic the wallpapers one finds on the PS4 home screen. Added to this is a glow in the dark effect, along with PS and Paul George logos on the tongue that light up blue.

Another interesting touch is vibration when the illuminated logos are toggled on and off. The battery powering the shoes are self-contained with an estimated lifespan of 150 hours, but there's no mention of how to replace them after that.

The PG2 is slated to hit stores Stateside on 10 February for $110. We'll have to wait and hear from Nike South Africa to find out if they'll be made available locally though.