Nvidia unveiled its latest processor recently, but it isn't anything like the PC and gaming ones we've seen of late. Instead, this processor is designed for use in autonomous vehicles or self-driving cars. Named Parker, it was first shown off in part at CES earlier this year, but now the American manufacturer has detailed the SoC (System on Chip) in full. 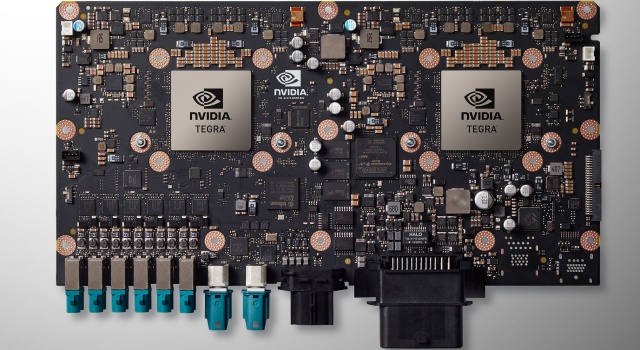 The chipmaker showcased Parker at the Hot Chips Conference, which wrapped up in Cupertino, California yesterday. Nvidia uses two Parker processors as part of its DRIVE PX 2 platform, which is designed to assist autonomous vehicles learn while driving on the road.

The DRIVE PX2 platform has proved quite popular, as Nvidia notes that more than 80 carmakers are using the platform, as well as Parker processors to develop their own self-driving vehicles.

In terms of performance, Parker is built upon Nvidia's Pascal architecture (as seen in the company's latest consumer-level processors) and reportedly delivers up to 1.5 teraflops of processing power for specific application in AI deep learning. Nvidia also notes that Parker is anywhere from 50% to 100% more efficient than other high-spec mobile processors, thanks to its pair of next-gen 64-bit Denver CPU cores and four 64-bit ARM Cortex A57 cores. 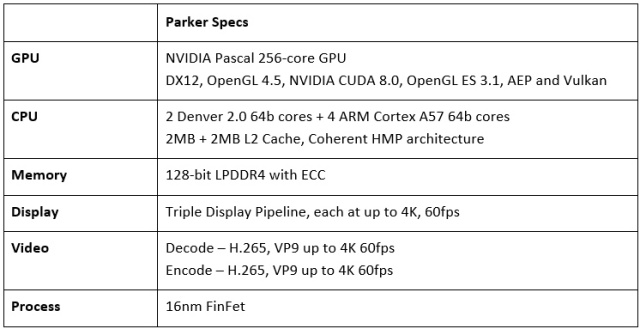 While Parker is currently being put to work in the autonomous vehicle space, Nvidia expects it to be used for other applications like encoding and decoding 4K streamed content, which could be used for in-car entertainment systems in the near future.