After unleashing the 208 GTi hatchback onto local roads, French carmaker Peugeot now launches yet another sporty addition to its stable in the form of the updated RCZ Sports Coupé.

This eye-catching two-door car boasts a completely redesigned front-end that according to Peugeot sports a “stronger, more succinct grille, framed on either side by redesigned headlights.”

These headlights feature a more fluid shape, retaining clear lenses to showcase the standard directional Xenon main beams that are set against a titanium-coloured backdrop. The front of the car also features a reshaped bonnet along with a new front bumper.

The redesigned hexagonal grille’s design is a little cleaner than before, with its shape  augmented by dual satin-chrome horizontal bars. Directly below these bars is a curved lower air intake that makes the face of the RCZ look a little bolder, with each end of the intake flanked by the light signature of LED daytime running lights, set in a gloss black surround. 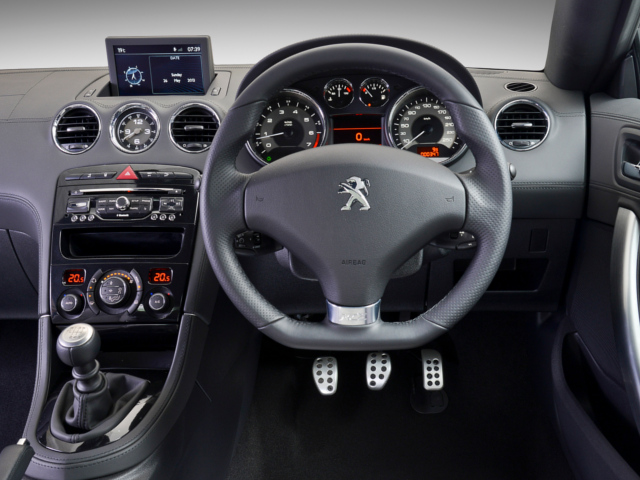 The cabin of the RCZ Sports Coupé makes for a rendezvous of sportiness, practicality and interior comfort.

Under the French bonnet of the new RCZ Coupé resides a 1.6-litre turbocharged four-cylinder engine, with the power being sent to the front wheels via either a six-speed automatic or six-speed manual gearbox.

Strangely, the automatic version of the RCZ Sports Coupé, which is powered by the same engine as the manual, only churns out 115 kW at 6000 RPM and peak torque figure of 240 Nm between 1 400 and 4 500 RPM. This sees the auto bring up a 100 km/h on the speedo in 8.4 seconds, onto an illegal top speed of 213 km/h. As far as economy is concerned, the automatic Coupé has a combined-cycle fuel consumption rating of 7.3 litres per 100 km.

Peugeot’s RCZ Coupé provides a comprehensive array of safety features, ranging from the latest-generation of stability and traction control to ABS brakes, an active rear spoiler, as well as front and chest/pelvis airbags for the driver and front passenger. 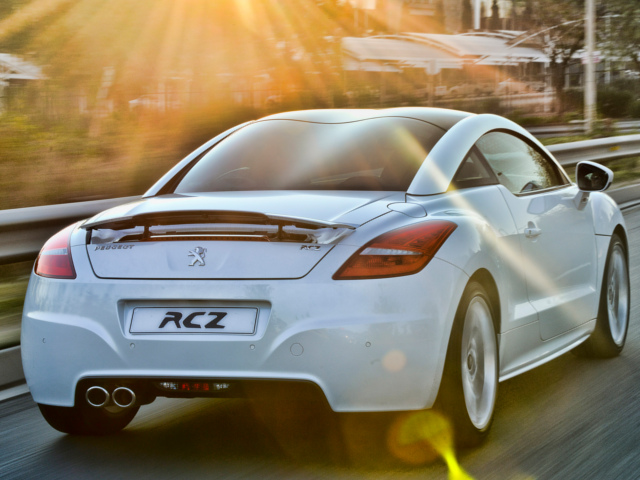 In terms of aestetic appeal, the derrier of the RCZ Sports Coupé is as eye-catching as the front.

The recommended retail pricing of the new Peugeot RCZ Sports Coupé is as follows:

These prices includes a 3 year or 100 000 km warranty as well Peugeot’s Premium Plan, which is a full maintenance plan that is valid for 5 years or 100 000 km. Service intervals are staggered at 20 000 km intervals.

“The RCZ Coupé remains one of the most desirable cars on South African roads, and a truly aspirational member of the Peugeot model line-up,” said Francis Harnie, MD of Peugeot South Africa.

“This latest version is expected to build on that success with an even stronger visual presence, and some key interior updates, combined with all the aesthetic and dynamic virtues we’ve come to expect of this athletic coupé. Advanced safety and an efficient drivetrain add further appeal, while our standard Premium Plan contributes a 5 year or 100 000 km full maintenance plan,” Harnie concluded.