Philips has tapped internationally renowned DJ Armin van Buuren, to collaborate in the production of the new M1X-DJ Sound System, specifically designed to appeal to aspiring young DJs and electronic music enthusiasts. Philips say Armin van Buuren's input played a vital role in the M1X's design, which is relatively compact and highly portable, as well as competitively priced at R6 000.

The main frame of the M1X resembles the look of the Apple iPod Hi-Fi, with three speakers in the front of the unit and side-mounted slots for a shoulder strap, along with a tablet interface to allow users to select and mix tracks via Lightning or Bluetooth connectivity. 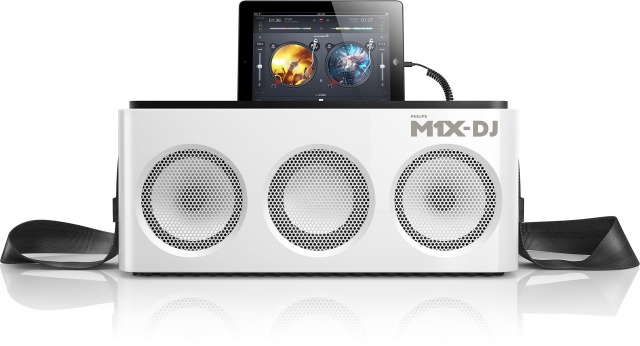 This tablet interface comes courtesy of Algoriddm's djay 2 iPad app, which allows users to connect their iPad to the M1X, importing music content directly from their iPad's music library and begin mixing immediately though touch-based integration. Less experienced DJs can also use the app's Automix mode, to assist in mixing tracks.

As far a sound performance goes, the M1X-DJ Sound System features Bluetooth audio streaming to ensure sound clarity remains crisp, and Woox technology for distortion-free bass. Added to this, Philips has acoustically tuned the coaxial drivers to result in a solid range.

The control panel fitted onto the M1X, which houses the digital scratch wheels and sound mixing controls is fully reversible, which means users can safely transport the sound system without fear of damaging the control panel. The M1X also runs on both AC power input as well as D-Cell batteries, although the operating time for the latter has not been disclosed. 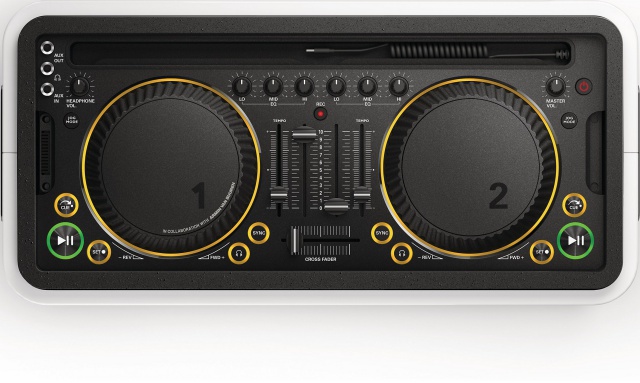 Should the standard speakers on the M1X prove inadequate for your needs, it has an audio output for connecting to any external speaker and amplifier setup.

The M1X-DJ Sound System from Philips is set to retail for R6 000 and will be available from a select number of electronic stores across the country by mid-June, just in time for Armin van Bureen's Intense global tour, which touches down in Johannesburg on 14 June 2014.