Back in February last year, when Puma launched their Nitro line-up of running shoes, Puma’s GM of the Run/Train business unit, Erin Longin noted the company will pay more attention to women runners. We’ve seen this happen with certain running shoes versions specifically engineers for women’s feet and not just resized. Now the brand has gone one step further with the Run XX Nitro, a shoe designed specifically for women.

If you think the XX in the name might be familiar, it’s of course named for the woman-specific double X chromosome DNA sequence. This every day runner features a women’s specific fit that hugs a woman’s heel, instep and arch. The NITRO Foam used in the shoe is apparently also firmer, and Puma believes this is the perfect balance of durable and lightweight. Also incorporated is footstrike guidance provided through RUN GUIDE, a firm density rim which apparently promotes proper alignment and increased stability for longer distances.

The excellent PUMAGRIP does duty again on the outsole, which is always a plus in our books, with the shoe coming in at 246 g per shoe. Puma further states the Run XX stands behind PUMA’s ‘Run for Her’ positioning to prioritise female runners’ needs in the way PUMA build and engineer products.

Puma noted that in collaboration with the University of Massachusetts Biomechanics Lab, a research study was launched recruiting 224 runners who logged close to 58 000 km over eight weeks. In conclusion, 81% percent of women in the study preferred the Run XX over the control shoe and said they liked the cushioning and responsiveness of the Run XX over the control. Puma unfortunately did not state the model of the control shoe. 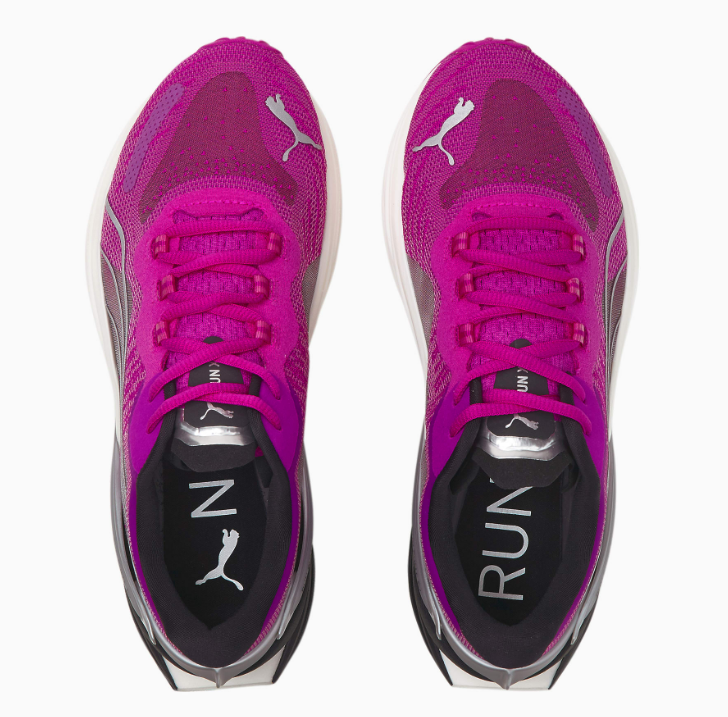 If you think you could do with this women-centred shoe, the Puma Run XX NITRO will be available from 24 June 2022 on PUMA.com, PUMA Stores, Totalsports, Superbalist and selected retailers with a retail price of R3 199.