New Puma shoebox design set to save 2800 tonnes of...
0
comments

If you're a fan of survival horror games, you likely have money set aside to purchase Resident Evil 7 Biohazard, which makes its cross-platform debut next week (24 January). For those who own both an Xbox One and Windows 10 PC, you'll be glad to hear that Biohazard will be a Play Anywhere title.

Microsoft confirmed the news earlier this week, having made the Play Anywhere announcement at E3 last year. Unfamiliar with Play Anywhere? It essentially means that if you purchase a compatible title on either the Xbox One or Windows 10 PC, you can also get the other version of the game via the Windows Store for free. 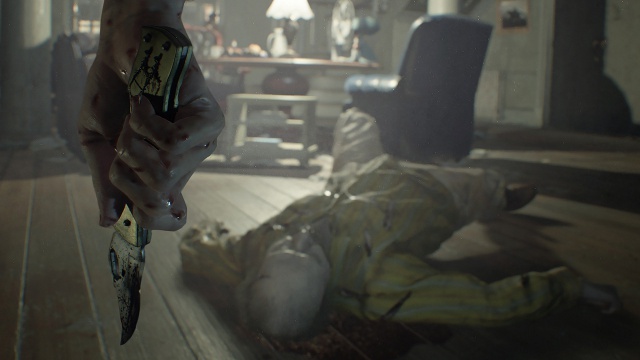 This isn't the first time Microsoft has done so, however, having already made Gears of War 4 and Forza 3 Play Anywhere too. Interestingly though, it is the the first time that a title from a PlayStation-specific franchise has made the move to Play Anywhere. Speaking of PlayStation, if you're lucky enough to have a PSVR or PS4 Pro, you'll also be able to enjoy Resident Evil Biohazard.

With both Microsoft and Sony aiming to make their version of Biohazard more enticing, it should prove interesting to see which option gamers will gravitate towards.

For a reminder of what Resident Evil 7 Biohazard is all about, click play on the trailer below if you dare.