For serious Instagrammers, after cleaning the sleep from your eyes, chances are the first thing you did was check your Instagram feeds. What you probably did not realise is that Instagram has seruptiously launched a new one touch messaging app named Bolt. This social media app is completely free and allows users to share photos and short videos with one another with a push of a button.

Bolt is by no means a revolutionary app, but it does address a concern raised by Instagram users, mainly the ability to quickly share content with their contacts, something that other developers looked to capitalise on with their own creations. Added to this, Bolt is launching exclusively in South Africa, Singapore and New Zealand, making us the unofficial guinea pigs for this new application. 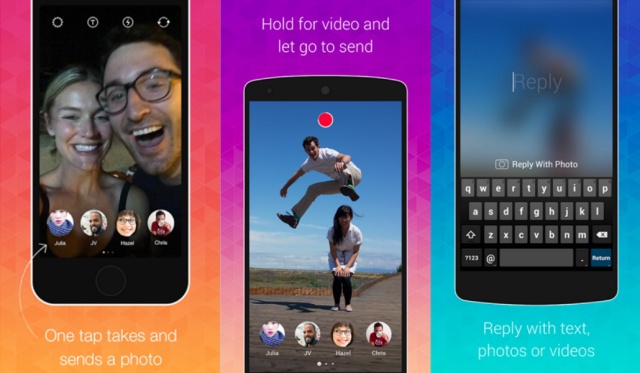 The move to opening up the app to non-US regions was prompted by the fact that nearly 65% of all Instagrams users exist outside the confines of the United States. The app itself is filled with bright colours and a sleek design akin to that of iOS 7, with settings, filters and editing tools appearing at the top of the app, and most-shared contacts at the bottom. Its available for both iOS and Android devices, but as with Instagram, it is not available on Windows Phone.

The release of Bolt is rather interesting, considering the fact that Facebook owns Instagram, with the social media giant unveiling a similar messaging service named Slingshot only a month ago. The difference between the two however, is Bolt's syncing of contact information straight from one's mobile phone book, as opposed to Slingshot which pulls Facebook contacts.

How well Bolt performs compared to its Facebook counterpart still remains to be seen, its true test however, will be going up against heavyweights like SnapChat.