If you are looking for some good news, or perhaps a sign that perhaps South Africa is in better shape than the economy suggests, then this week delivered.

At a small, intimate event, aptly titled Empowering Tomorrow, held by Samsung South  Africa at its offices in Bryanston this week, the company presented several university students with bursaries to further their studies.

Following its initial investment of R7 million in 2019, Sung Yoon, President and CEO of Samsung Africa, confirmed that the company would be continuing its bursary program in 2020 for a further R7 million, for a total of R14 million rand. 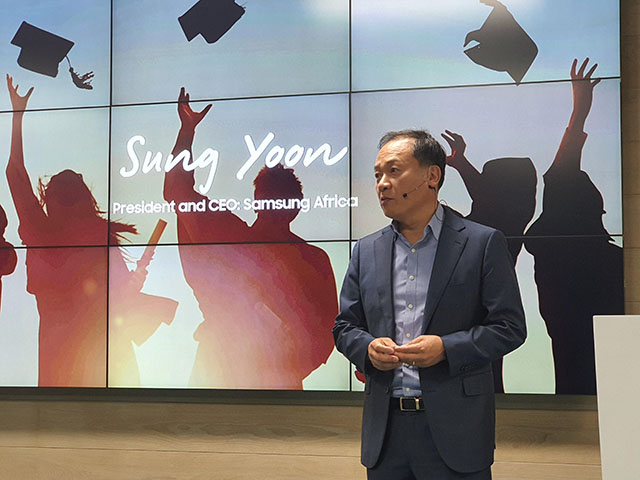 “We are continuously working to build on and expand the programs we offer to young people across South Africa. Samsung is committed to improving the use of IT technology in education, providing access to smarter learning environments to support students’ creativity and to reduce the digital divide. We strive to reduce local education gaps and turn potential into power,” commented Hlubi Shivanda, Director: Business Innovation Group and Corporate Affairs at Samsung South Africa.

The students who were the recipients of the bursaries are pursuing careers in business, marketing and IT. Additionally, Samsung announced that the best-performing students would also receive the opportunity to work at Samsung as part of a leadership programme, so as to further prepare them for a career in the ICT sector.

Yoon explained that along with the power of innovation, a considerable focus of the company’s recent Power of Ten campaign was the power of the youth.

However, the announcement that a major technology company is putting its money where its mouth is to further youth development was not the only part of the event that restored some faith and optimism in the country and where it is heading.

It also came from the recipients of the bursaries themselves, who spoke of their hopes and potential to create a brighter future for themselves, their families and their communities being realized.

Take a watch at the video below of Thenjiwe Khatle, one of the students – I dare you not to end up with a smile on your face at the end of the two minutes.