When you make a phone as good as the Galaxy S8, it can be a tough task to try and beat it. Whether Samsung has done so with their new Galaxy S9 and S9 Plus remains to be seen, but given how many refinements across the board the company has for these new devices, perhaps it has done just that.

Up front, the Galaxy S9 and S9 Plus look just like their predecessors, with a 5.8" (570 ppi) and 6.2" (529 ppi) Infinity Displays featured respectively. On the back and internally though, things have been improved quite a bit. The first noticeable change on the rear sees the fingerprint sensor shift from the side to beneath the dual lens cameras.

Speaking of the cameras, Samsung has stuck with dual 12 MP lenses, but also added a dual aperture (f/1.5 and f/2.4) function which the company says makes for a far better low light performance. It's also embedded the cameras with a few more capabilities such as 960 fps slow-mo video recording. 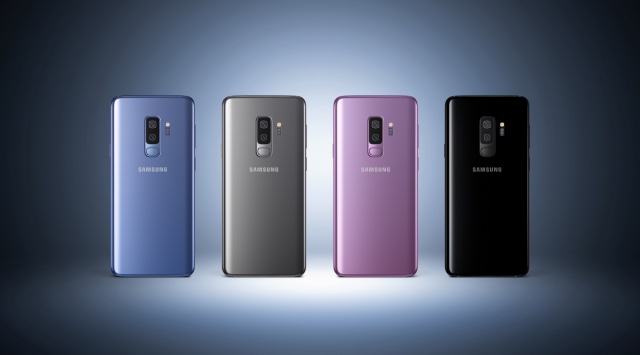 Up front the 8 MP camera has been enhanced for better facial recognition and the rollout of something that Samsung is calling AR Emoji. It works similarly to Apple Emoji, but adds the ability to scan one's own face to create a character.

Both devices feature an octa-core CPU, but the RAM sizes are different, with the S9 given 4 GB and S9 Plus a bit more at 6 GB. There are multiple onboard storage options, as well as a microSD slot for up 400 GB extra.

The Galaxy S9 and S9 Plus are set to go on sale in select regions come 16 March, with some local retailers already listing them for pre-order. Official pricing and local availability, however, are still forthcoming from Samsung Mobile South Africa.