The Samsung Chromebook 2 is the company’s second iteration to integrate Google’s Chrome OS, looking to capitalise on the success of the first notebook. This new release signals a belief both companies have in the future of the Chrome operating system as a genuine means of aiding consumers in productivity and online connectedness.

The Chromebook 2 is a slight departure from the original, from a design perspective, with this new model featuring a faux leather top cover, complete with border stitching. 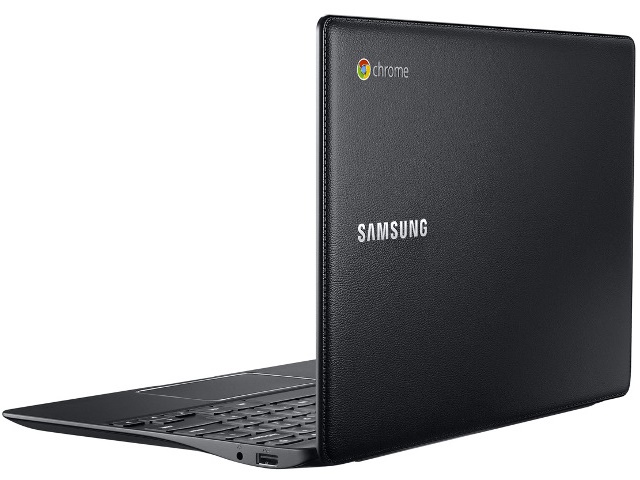 Samsung will be releasing two different model sizes, a 11.6” and 13.3” version, both fitted with enhancements to the processor, display and weight. The 13.3” inch model in particular, is one of the most highly specced Chromebooks around, boasting a full HD (1920x1080) display, 2.1 GHz Exynos 5 Octa processor, 4 GB of RAM and 16 GB of internal storage.

Samsung say its larger model will offer an estimated 8.5 hours of battery life and weighs in at 1.4 kg. The smaller 1.1 kg, 11.6” model features a lesser specced HD screen (1366x768) and 1.9 GHz Exynos 5 Octa processor, but boasts the same amount of RAM, internal storage and port setup as its bigger brother.

The 13.3” Chromebook 2 is set to retail for an estimated $400 and the 11.6” model will go for $320. There is no confirmed release date for both units, but they are expected to make their way to consumers before the end of the second quarter of 2014. It will be interesting to see whether or not the Chromebook 2 will have the same success as its predecessor.