Sarafina!, Mr. Bones and other local movies made free for lockdown period

If you were looking for local flavoured movies to watch during the lockdown period, look no further. Anant Singh and Videovision Entertainment has announced they will make available a selection of films produced by the company for free viewing online. These hit films will be available during the lockdown period from Friday, 27 March through to Thursday, 16 April 2020.

The first films offered on the platform are all South African favourites to entertain and inspire viewers:


The films can be accessed on the Videovision Entertainment portal on Vimeo at: https://vimeo.com/showcase/6915595. 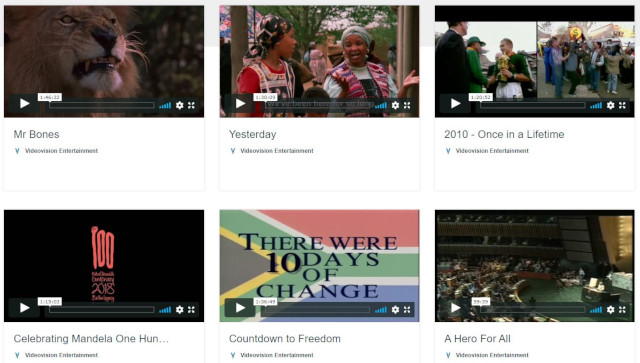 Singh and Videovision Entertainment have been actively involved in the Covid-19 campaign and crafted awareness videos in partnership with many stakeholders including the Nelson Mandela Foundation.  These videos can be viewed at: https://vimeo.com/showcase/6915930.

“For the first time in the modern age, South Africa and the entire world faces a health threat of unprecedented proportions, with uncertainty and concern.  While our President implemented measures to quell the rapid spread of the Covid-19 with the 21-day lockdown, we felt it important to offer some of our films to our nation for free viewing online.  We have selected films that are firm favourites among South Africans,” said Anant Singh.

Singh further said, “I commend President Cyril Ramaphosa, his cabinet and the members of the National Command Council for the swift action taken and the implementation of programmes that will hopefully quell the impact of the Covid-19 virus on our people. It is encouraging that initiatives like the Solidarity Response Fund have garnered support and I am delighted to be a participant. I urge all South Africans to take the necessary precautions against the virus and continue to practise good hygiene. May all South Africans be safe during this lockdown period and beyond. God bless us all.”