DOOM's rebooted release is just shy of two months away, landing on PS4, Xbox One and Windows PC come 13 May. While the single player story mode looks interesting, it's the multiplayer online mode that will ultimately determine its success or failure. To that end, developers Bethesda have released a multiplayer gameplay trailer that is as bloody and brutal as we've seen yet from DOOM, all of which points to a very promising game.

While most of the gameplay shows human fighter going at it in a large abandoned factory, at 0:28 one of the players enters a demon spawning ring and goes under a radical transformation. 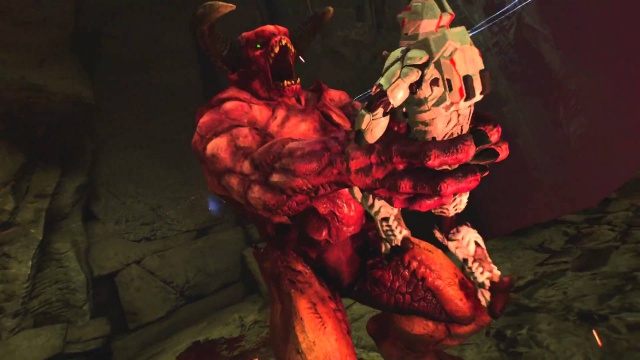 Looking like the Balrog from Lord of the Rings, this transformation means gamers can see how the other half of DOOM do things, ripping limbs off enemies and devouring a few heads in the process.

The multiplayer mode will be available in a closed beta from 31 March to 3 April. Hit play on the trailer below and see why we're excited to see how the new DOOM will turn out.