The inaugural SingularityU South Africa Exponential Finance Summit in Africa, held in Cape Town this week, was a tour de force of insight, futurism, perspectives on technology and finance and most of all, a masterclass on innovation and what it means to businesses as well as individuals.

The event kicked off with Shayne Mann, the co-ceo and cofounder of SingularityU South Africa, explaining what SingularityU’s purpose is, describing it a “part think tank, part educator and part incubator.”

Birth of the Singularity

Core to SingularityU, and to the summit itself, was the idea of the singularity, which is the point where machine intelligence surpasses human intelligence. That, he asserted, is on track for happening sooner rather than later. The questions arising in light of the possibility of the singularity become: How do people deal with living in a world where we are no longer the most intelligent player? And how can we leverage what the singularity brings, and exponential technologies, to solve our biggest challenges?

Mann noted that it was to this end that SingularityU was created. He added that the organisation aimed to help cultivate the required skills to deal with living in a world where the singularity has become a reality. Moreover, it was recognized that neither societies nor businesses can address the forthcoming changes of our time alone. Thus, a primary aim of SingularityU became to foster a global community and network of futurists, techies, innovators and business leaders who could work together. 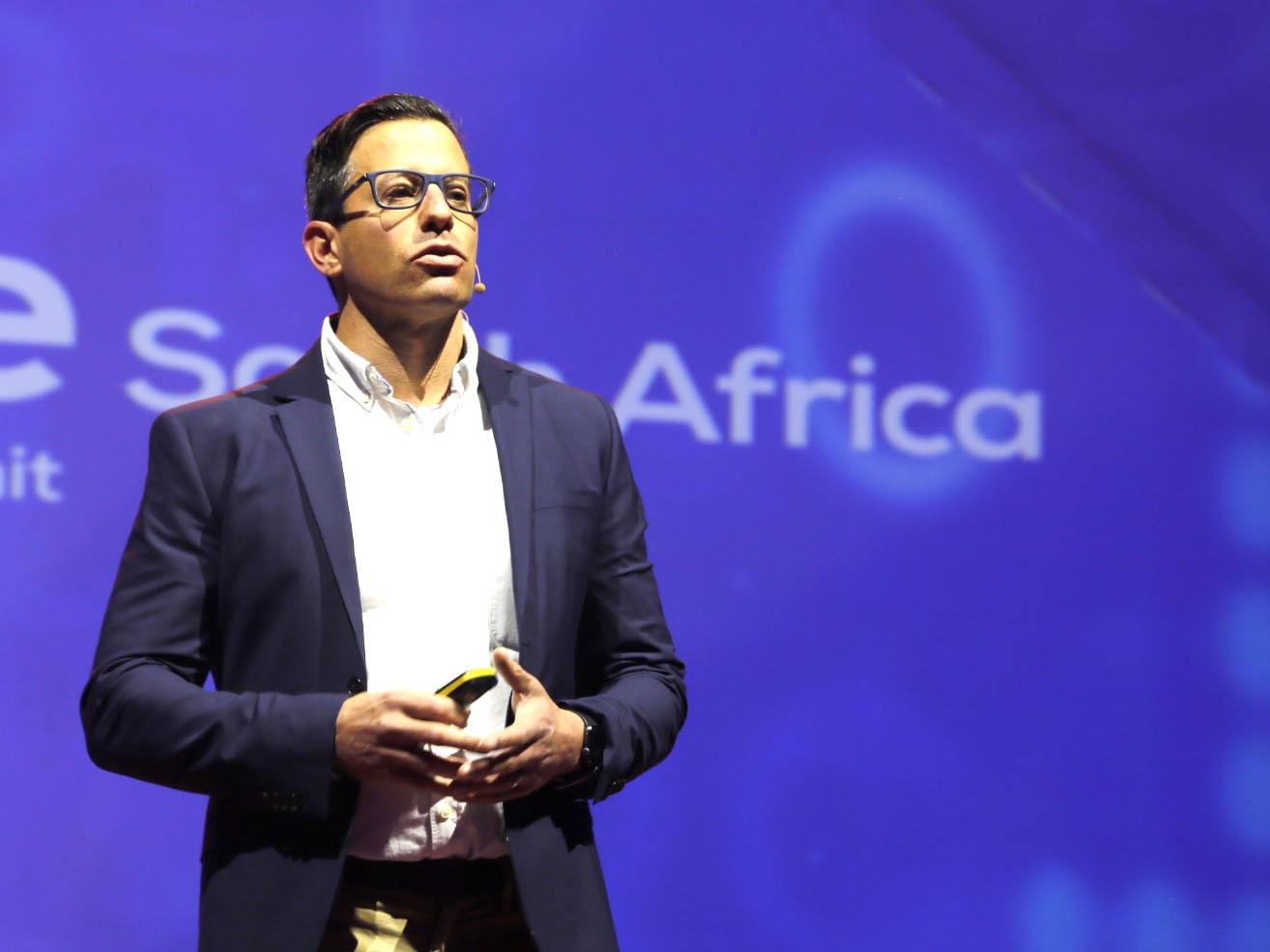 Shayne Mann,  the co-ceo and cofounder of SingularityU South Africa

The second integral idea that many of the sessions were built on was that of exponential change and growth due to exponential technologies, and the need, therefore, for an exponential mindset.

The executive director of Singularity University, Will Weisman, continued that core to understanding exponential increase is futurist Ray Kurzwell’s Law of Accelerating Returns. “Rather than something increasing steadily and predictively, from one day to the next, exponential increase sees money, or technology, for example, doubling or even tripling month after month. This creates a pattern of compounding gains,” he explained.

The problem: that’s not how our brains work, nor how we have been conditioned to perceive the world. In spite of this, the growth of technology and the pace of change doesn’t follow a predictable path anymore.

And that is just one example. Exponential change in the field of medicine could well mean that in a few short years we may well have advances that enable us to extend our longevity, indefinitely, with the likes of 3D printed organs, and artificial hearts already being developed. Consider then that more than half of deaths are due to a cardiovascular incident, and the sudden elimination of anyone needing to wait for an organ transplant to get a new heart, or die from a heart attack, and that becomes monumental. 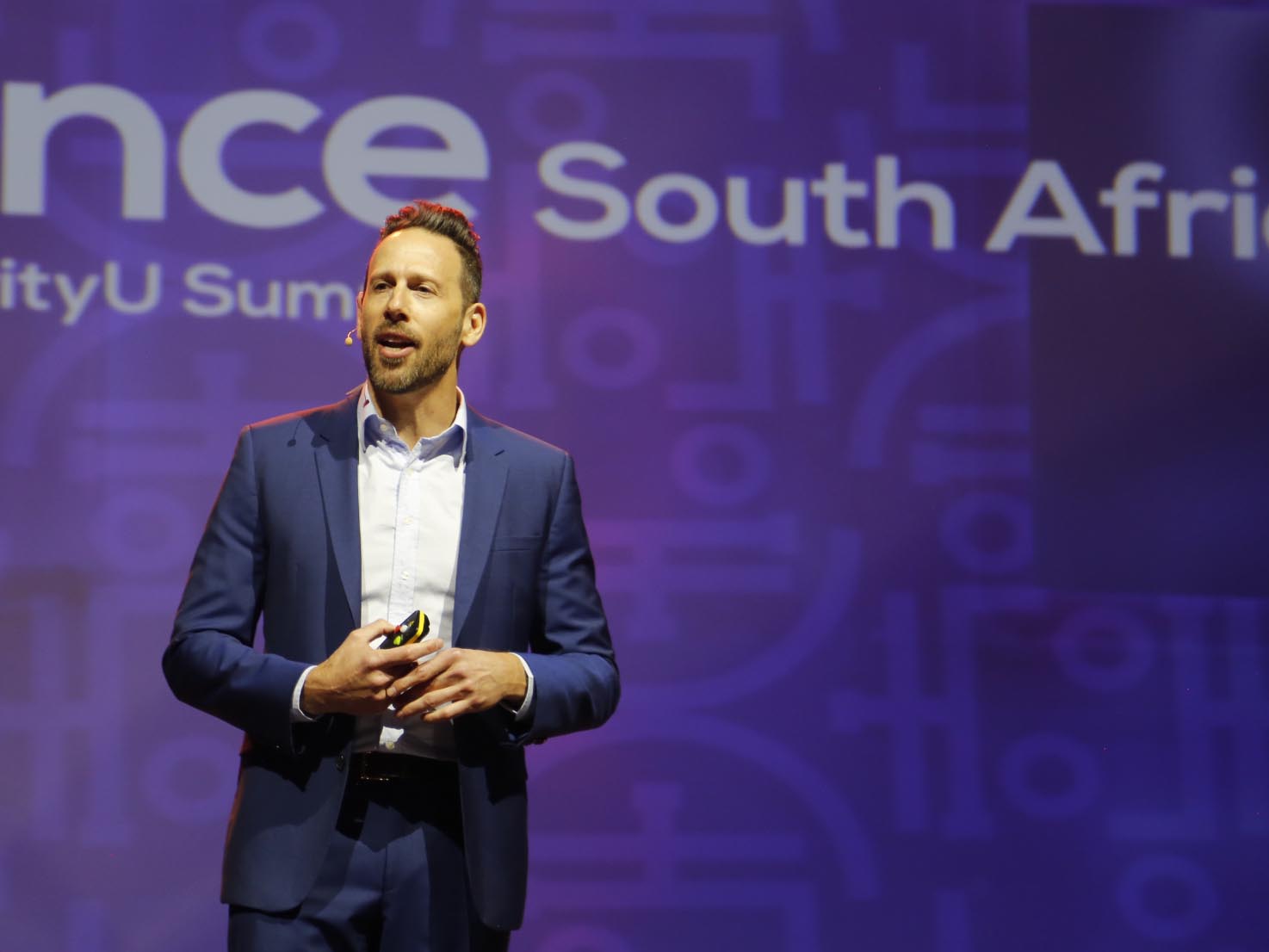 Of course, exponential change, as well as exponential technologies, sound incredibly exciting but the cynical view could well be that these groundbreaking technologies would only be available to the super rich. And certainly, it’s not difficult to imagine a dystopian future where that becomes the case, particularly when the vast income inequality that exists in Africa is taken into account. Indeed, South Africa recently received the ignoble ‘honour’ of being named the most unequal society on the planet by Time magazine.

But the dystopian view where the rich have access to the latest and greatest technologies and extend their lifespan while those who can’t afford the available technology die needlessly doesn’t have to become a reality.

Weisman explained that another fundamental tenet for how SingularityU views exponential change is serial entrepreneur Peter Dimandis’ work on abundance. “The underlying principle is that technology is a force that takes something that is scarce and makes it abundant. It begins when something becomes digitized, and then deceptive, where these developments are underestimated or misunderstood,” he continued.

For example, computers were once thought of as having to be the size of a room and only available to the few. Less than twenty years ago, having a device in our pocket that was more powerful than a desktop computer would have been unthinkable. Laughable even. Nonetheless, that is our present.

In any event, technology developments ultimately become democratized, which leads then to becoming faster, cheaper and ubiquitous. Hopefully that will be the case for many more exponential technologies that are in the process of becoming reality.

“This is an incredible time to be alive, as we have the chance to take the world forward to abundance rather than in a dystopian direction. It is our hope that we will come together to move the world forward in a very positive way,” he concluded.