EA Sports released a demo for its biggest sports title, FIFA 17, earlier this week. It served up the usual sneak peek at the refinements that the developer baked into this latest iteration, but unlike previous years, it appears FIFA 17 has taken a significant step forward. Added to this is the intriguing new "The Journey" story mode, as well as a cleaner looking design. After a few hours with the demo on PS4, here's six things that stood out for us. 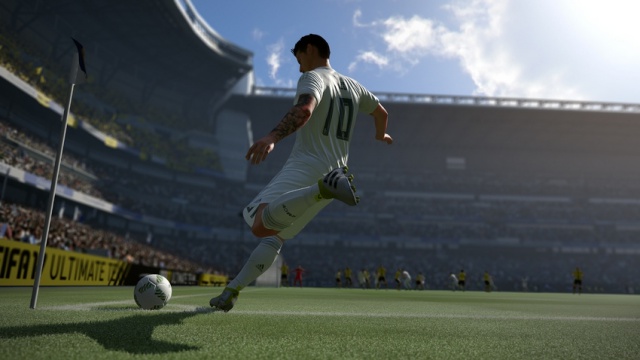 When we first watched the trailer for The Journey that debuted at EA's Play press conference at E3 this year, it came across as a little gimmicky, something that would add a new element to the game, but not much in terms excitement. Yes, only a tiny snippet of the The Journey is available on the FIFA 17 demo, but it made quite the impression.

It takes the fictional playable character, Alex Hunter (playing for Manchester United in the demo), into the away changing room at Chelsea's stadium, Stamford Bridge, as you prepare for the game. Much like RPG games where gamers are given choices that ultimately affect the outcome, so too are Hunter's decisions determined by options chosen. These range from giving different types of answers to reporters after a match to interacting with other players and coaches.

This happens off the pitch, and is an interesting change up from the player-based Career Mode we're use to. Once you get on the field, however, it's very much like single player in any other FIFA title. One nice element is specific objectives for each game, which determine your progression or regression as a prolific striker.

The one downside, is that it only seems like Alex Hunter will play up front, and cannot be customised for different positions on the field. This is not confirmed, however, but if The Journey proves a hit with FIFA fans, this should be included as an option for future games.

Set piece delivery is one area of the game that has received a significant overhaul. Now gamers are able to customise the angle, distance and speed of their run-up towards the ball before striking it from either the penalty spot, free kicks or corners. For the latter, there's also a moveable marker to decide where you want the ball to land. With a number of new controls to consider, dead ball situations will take some getting use to, making it a bit more difficult to score from. For us, that's a good thing, as free kicks and corners in previous games became a bit too predictable.

One of the first things you'll notice when selecting teams for a match, is the change in physique for players. In previous FIFA games they featured very broad and bulky shoulders. This time round, it appears as if players look more lithe, as they do in real life. As for more brawny players, like one of the strongest in-game Adebayo Akinfenwa, EA has done a good job of making them look more imposing than their smaller counterparts.

Along with refining the physiques of players in-game, EA has also paid attention to the kits that will be worn. More specifically they way they move, with sleeves and shorts swaying up and down to match the movement of a player jumping. As for movement back and forth of excess or loose fitting material, it does not appear to be as exaggerated, as it has been in older FIFA games. 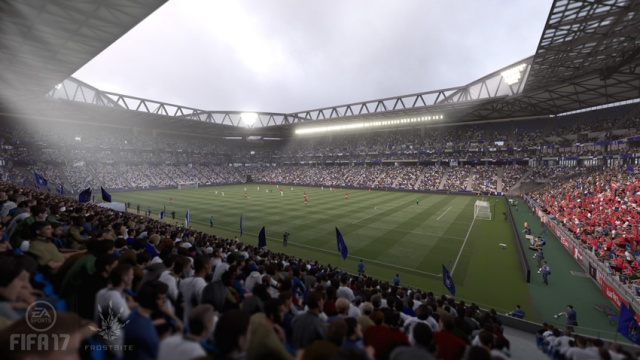 The past three FIFA titles have looked very similar in terms of their menu layouts, opting for a live tile setup initially seen in Windows 8 at the time. While this latest version is live tile in look too, it has received a much-needed overhaul in terms of font, icons and style. It is by no means revolutionary, but certainly helps in making FIFA 17 look more distinct from its predecessors.

One of the new aspects entering FIFA 17 is real-life coaches. It was used in part for the standalone 2010 and 2014 World Cup FIFA games, but that's been about it. They're back for this new title, and include some of the bigger personalities in the game, such Jose Mourinho and Pep Guardiola. It adds a nice touch, but whether or not these coaches will still feature in-game if they get the sack in real life remains to be seen. 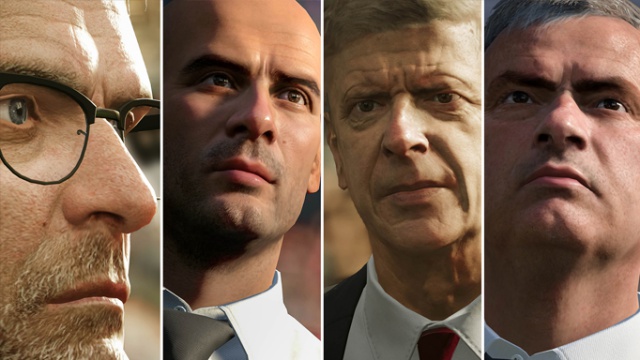 FIFA still remains the dominant football game franchise at the moment, despite PES' best efforts. A lot of that had to do with licensing, as gameplay never came on in leaps and bounds from year to year. That's certainly changed for FIFA 17, at least as far as the demo is concerned, with EA Sports certainly upping the stakes. Add to the mix an interesting new story mode, as FIFA Ultimate Team (the franchise's most popular mode) and EA Sports appear to have taken a step forward indeed.