Sony Xperia XZ Premium: What you need to know

Last night at the Mall of Africa, Sony Mobile South Africa officially launched the Xperia XZ Premium locally. The new Sony flagship for 2017 first debuted at Mobile World Congress earlier in the year, boasting a 4K HDR display, Qualcomm Snapdragon 835 CPU and advanced slo-mo video capabilities. One of the last flagships from MWC 17 to make its way to South African shores, here's what you need to know about this high-powered device. Following MWC 17, Sony was viewed as one of the big winners, with the XZ Premium getting the award for best smartphone at the event. Other flagship devices on show included the Huawei P10 and LG G6, but the XZ Premium sported the better specifications.

In particular, the 5.5" 4K HDR display was a standout, which improves upon a similar feature touted by the Xperia Z5 Premium. Added to this is the ability to shoot up to 960 fps slo-mo video via its new 19 MP primary camera. Powering it all is the Qualcomm Snapdragon 835 CPU, which also touts Gigabit class LTE, and makes the XZ Premium one of the first devices to arrive in SA with the flagship processor.

While we haven't been able to put the XZ Premium through its paces with a full review, our initial impressions is that photography and video will play an integral role in the experience. On the photography side, the XZ Premium has a new 19 MP MotionEye sensor to facilitate the 960 fps slo-mo.

Working in conjunction with new camera is the HDR-capable 4K display on this flagship. According to Sony, it yields a wider colour gamut than its predecessor (Z5 Premium) at 138%. On the content side, apart from a small amount of 4K video on YouTube, Sony has partnered with Amazon Video for streaming.

The service is available in select regions at the moment, but no word yet on South Africa. If Sony can ensure more 4K content can be accessed on the XZ premium, the powerful display will hold greater value. 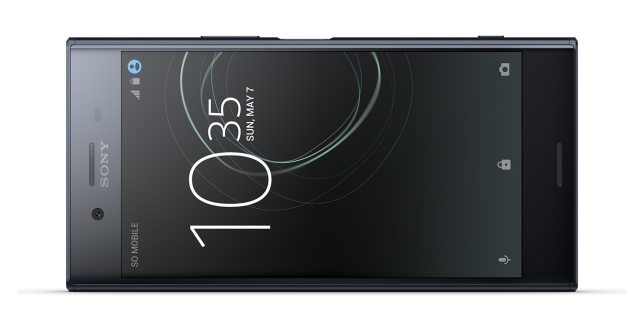 As part of its plan to showcase its latest offerings, which also includes the Xperia XA1 Ultra, Xperia L1 and prototype Xperia Touch, Sony Mobile South Africa will have a mall roadshow for some areas in Johannesburg over the next two months. It kicks off in the Mall of Africa, with the experience zone accessible between now and 16 July.

Sony will also be running promotions for any consumers that purchase select devices from stores within the malls the experience zone is in.

The XZ Premium is currently available to purchase for a recommended R14 999. Contract pricing for the device starts from around the R500 mark, with Vodacom offering it on the uChoose Flexi 200 and MTN serving it up on the MyMTNChoice + Talk S, both for R499 p/m on 24 month contracts.