Since Sony unveiled the PS4 Pro at its PlayStation Meeting event earlier in the week, it has been evangelising the advantages that 4K-quality gaming will bring for both gamers and developers alike. To that end, the company sat down with a handful of developers and publishers shortly after the event ended and ran through the gameplay elements of five upcoming titles in particular - For Honor, Days Gone, Mass Effect Andromeda, Rise of the Tomb Raider and Horizon Zero Dawn.

Along with giving a behind the scenes understanding of how excited developers are feeling about the 4K and HDR-supporting (High Dynamic Range) elements of the PS4 Pro, it also offered up an in-depth look at the how the respective titles will look and feel. All the videos are available in 4K (2160p) viewing quality, so if your display and bandwidth can handle it, we'd advise changing the settings.

A title from publisher Ubisoft that pits the best fighters from warring clans against one another, For Honor, seeks to answer the age old question of who would win in a fight: a samurai, a knight or a Viking? As much as For Honor is about the different class of warrior, it appears as if Ubisoft has placed an equal amount of emphasis on the environments they'll be fighting in.

One of the first titles that will support the PS4 Pro, For Honor will see release in February next year. It's not an Sony-exclusive, however, and will be available on Xbox One and Windows PC too. If either warrior class appeals to you, watch them lock swords in the in-depth gameplay analysis below. 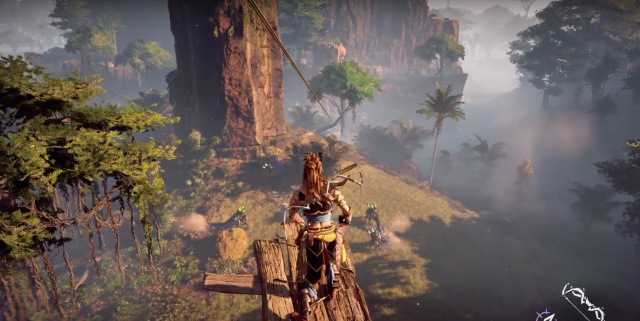 Perhaps Sony's most significant exclusive title heading into 2017, Horizon Zero Dawn featured heavily during the PlayStation Meeting event earlier in the week, event getting several minutes of dedicated gameplay footage in the process.

With an intriguing protagonist in Aloy, watching her journey unfold with a post-apocalyptic world as the backdrop, should make for great gaming in 4K. Watch developer Guerrilla Games talk about the experience that the PS4 Pro will enable for gamers in the video below.

Showcased at E3 earlier this year, Days Gone is an exclusive title that comes from its SIE Bend Studio. It's also another in a long list of survival horror titles we've seen of late. While the plot looks the same as other titles in the genre, government experiment leads to outbreak and then killer zombies, Bend Studios is hoping to make a connection with audiences via the main protagonist Deacon St. John (great name by the way).

The game certainly has a Last of Us feel to it, and Bend Studios has worked hard to make the environment as vivid as possible, especially as gamers will be alone for most of the story, except for tangling with the aforementioned zombies (known as Freakers in-game) of course.

The release date for this game is still to be confirmed, as Bend Studios likely puts the finishing touches on it. Hit play on the video below and see how things are coming along.

Ever since the announcement trailer for Mass Effect Andromeda debuted at E3 2015, we've been hankering for more, particularly as the story behind the game was not fully detailed at the time. This new addition to the franchise will place a heavier emphasis on exploration, as opposed to fighting in previous titles.

Slated for a cross-platform release in March 2017, we were treated to some pre-alpha footage by developer Electronic Arts earlier today. Needless to say, the gameplay in 4K on the PS4 Pro looks superb, and Andromeda should be one title that can make the most of Sony's new console.

Rise of the Tomb Raider

Initially an Xbox One exclusive from last year, it's time for Lady Croft to make her debut on the PS4 Pro. Part of PlayStation's Forward Compatibility program, Rise of the Tomb Raider is one of a dozen titles that Sony is looking to port over to the PS4 Pro to make the most of its 4K capabilities.

The game was already stunning on the Xbox One last year, making it on our Best of list for 2015, will the PS4 Pro version do the same in 2016? (11 October release date)