It appears that the conveyor belt of new devices being unveiled at IFA 2014 keeps rolling, with Japanese manufacturer Sony placing its latest offerings on the table. With a device to target each pricing bracket, Sony made sure that every consumer level had something to get excited about.

Leading the pack was Sony's flagship device and would-be pretender to the Android thrown, the Xperia Z3. Placed just beneath it, is the Z3 Compact, which should as its predecessor did, offer an intriguing option within the lower end of the high-end spectrum. Rounding up Sony's new smartphones, is the mid-range crowd pleasing E3, designed to give a value for money Xperia experience. There was also some love for tablet fiends, with the announcement of the Z3 Compact Tablet, an 8" full HD device which is the world's lightest waterproof tablet at 270 g.

Just as Samsung did, Sony also showcased the future of its wearable options, with a newly designed SmartBand Talk that features a low power consuming E-Ink display. Also added to the mix is Sony's interpretation of Android Wear in the form of its refreshed SmartWatch 3, an all encompassing companion to one's Android 4.4 and up touting smartphone or tablet. 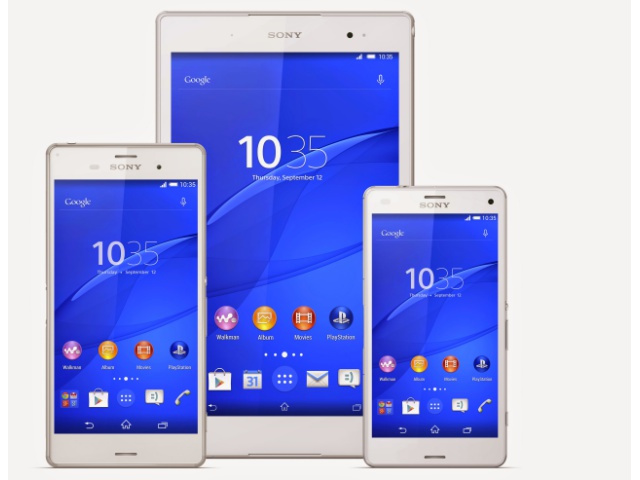 Moving back to the Z3 series, the flagship Z3 smartphone will look very familiar to Xperia users, with Sony favouring its tried and tested aluminium frame and glass back cover combo once again. This time round, the only real change are slightly rounded edges incorporated into the frame of the smartphone.

As has become the norm for Xperia devices, the Z3 features IP65 rated waterproofness and IP68 dust resistance, which should add up to a robust device. Other key improvements include the brightest Triluminos 5.2" full HD display (1920x1080) from Sony to date, as well as an enhanced 20.7 MP camera with 4K recording capability, even underwater. Internally, the Z3 integrates a quad-core 2.5 GHz Qualcomm Snapdragon processor and 3 GB of RAM, with the addition of 16 GB of storage.

At this stage, pricing for both the Z3 and Z3 Compact are yet to be disclosed, with Sony SA hoping to see these new devices making their way into SA within the next three months.

Shifting to Sony's new 8" tablet, which also bears the title of being the world's slimmest and lightest waterproof tablet, measuring 6.4 mm thick and weighing 270 g. We were lucky enough to get a little handsy with this new tablet, and based on early impressions it feels extremely well made in spite of its lightweight design. The aforementioned 8" display (1920x1200) incorporates Sony's Triluminos screen with X-Reality engine. Its internal components, much like exterior elements, are quite impressive, with Sony fitting a 2.5 GHz quad-core processor and 3 GB of RAM. Furthermore, it has 16 GB worth of flash memory and a microSD slot for up 128 GB storage.

Rounding things off was the unveiling of two new smart wear devices, a trend that shows no signs of dying out, with Sony showcasing prototype models of a newly designed SmartBand and the fourth iteration SmartWatch 3. The new SmartBand Talk works much like Sony's first fitness-focused SmartBand (review), the key difference this time round, is the introduction of a new low power consuming E-Ink display for users to better view their tracked information. 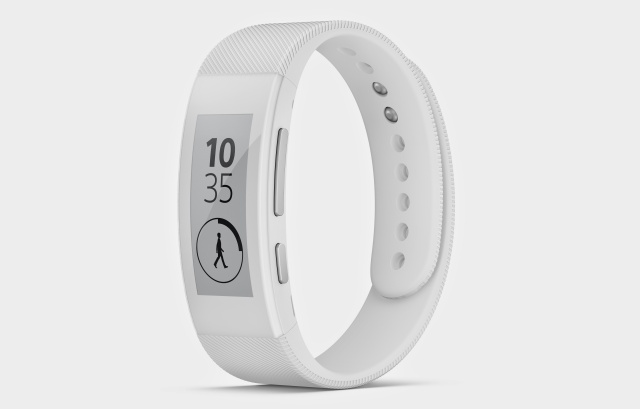 The SmartWatch 3, like many of its newly unveiled competitors, will feature Google's Android Wear technology, running on a 1.6" (320x320) TFT LCD transflective display. Sony's penchant for waterproofness and dust resistance (IP68) has also been added to the SmartWatch 3, with the addition of 4 GB worth of built-in memory and a microUSB port for charging. According to Sony, SmartWatch 3 users can expect a minimum of two full days worth of battery life from its 420 mA unit. As with other Android Wear sporting devices, the SmartWatch 3 will respond to its user’s voice, and features a full range of integrations for pairing with one's Google-based services and Android 4.4 compatible device.

At this stage, definitive details on local pricing and availability for both the SmartBand Talk and SmartWatch 3 remain unknown, but we'll be sure to keep all TechSmart readers updated.