UPDATE: Sony Mobile South Africa has confirmed that the Xperia XA2 and XA2 Ultra will be available locally in Q2 this year. No precise release date or pricing information at this stage though.

2018 may be less than 10 days old, but that has not stopped Sony from bringing out some new Xperia mobile devices. The Japanese company, which normally reserves the year's new phones for Mobile World Congress, has brought two offerings to the fore with the Xperia XA2 and XA2 Ultra. 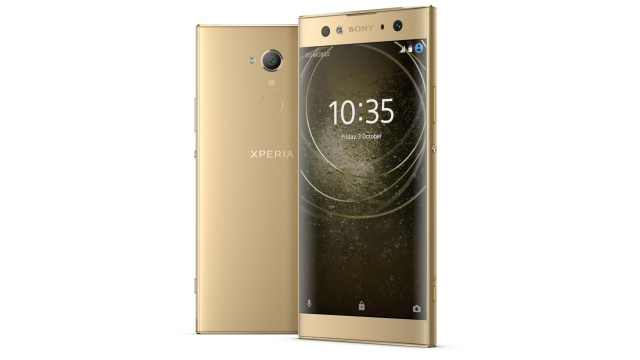 There's a significant emphasis on both devices when it comes to cameras and photography, particularly with selfies and a dual front lens setup on the XA2 Ultra specifically. There's a 16 MP front facing camera with Optical Image Stabilisation (OIS), which is paired with an 8 MP 120-degree super wide angle lens to produce far superior selfies in a variety of conditions according to Sony. The smaller XA2 only features the 8 MP super wide angle lens though, but both phones have a 23 MP primary camera onboard.

As for other aspects to these devices, the XA2 has a 5.2" Full HD display and XA2 Ultra is fitted with a larger 6.0" variant. Apart from dimensions and dual selfie differences, the rest of the Xperia phones are pretty much the same, with a Qualcomm Snapdragon 630 processor on offer and 32 GB or 64 GB storage options.

Another interesting item on these devices is the placement on the fingerprint scanner which now appears on the rear. In previous Xperia iterations the sensor was embedded into the power button on the side. Whether other new Xperia devices will do the same remains to be seen.

At this stage there is no word on when the Xperia XA2 and XA2 Ultra will be coming to South Africa, but they are expected to ship in select regions from February onwards.