You’ve been there before – blindly staring at your smartphone screen, not actually taking anything in when scrolling. Austrian designer Klemens Schillinger has designed a smartphone that does nothing more than allowing you to swipe, pinch and scroll. Schillinger calls this the Substitute Phone and it’s aimed at smartphone addicts. He believes that the fact that all you can do is go through motions, “offers help for smartphone addicts to cope with withdrawal symptoms”.

Talking to Dezeen, Schillinger notes that he got the idea after reading that writer Umberto Eco substituted a pencil for his pipe when he decided  to quit smoking. "It was the same thing, but without the nicotine, just the physical stimulation. I remembered this and thought to make phones that would provide the physical stimulation but not the connectivity." Indeed, there’s no digital functionality present at all, and the stone beads that are incorporated in the design helps with nothing more than regular swiping, pinching and scrolling. 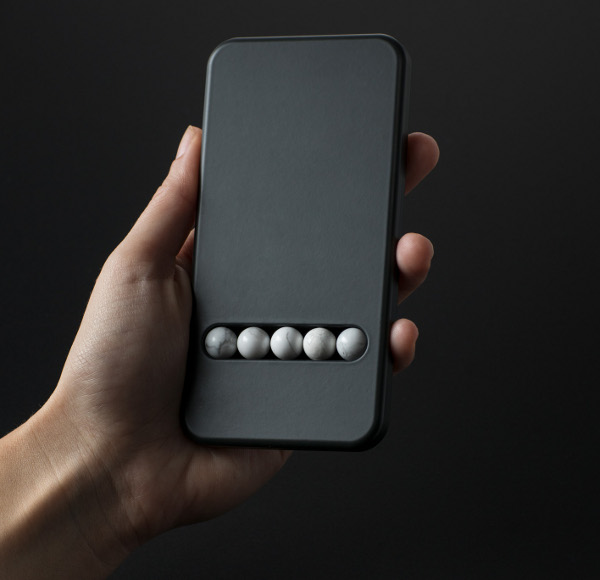 According to Dezeen, the body is made from black polyoxymethylene (POM) plastic, which is also known as acetal. It’s a far cry from the sleek new glass and aluminium designs seen on modern smartphones, but it’s not likely you’ll be displaying this during board meetings.