The third Fighter Pack DLC for Injustice 2 has been revealed, and developers NetherRealm have added a few interesting options. None of which more so than the heroes in a half shell - the Teenage Mutant Ninja Turtles (TMNT). 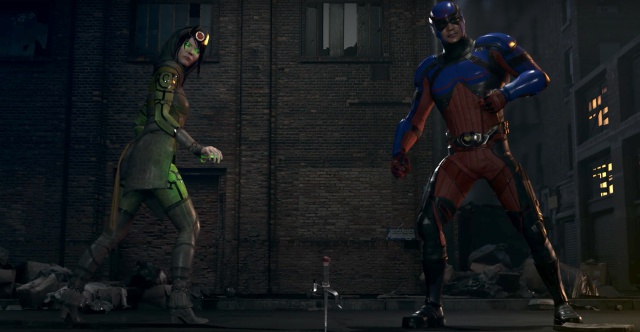 Yes, that's right, our four favourite ninja and pizza loving turtles have been integrated into the roster for Injustice 2, along with the Atom and Enchantress. The precise release date for the Fighter Pack has not been detailed by NetherRealm, but Polygon notes that the Atom will be available on 12 December, which likely means the rest will follow shortly thereafter.

For those wondering how the TMNT are a part of the DC Universe, they all featured in a 2015 crossover alongside Batman, with six issues being produced in a limited run series. As for which of the turtles is the best fighter in Injustice 2, we're a little biased when it comes to Raphael, but it seems like they'll fight as a foursome. For now though we haven't seen them in action, so it's unclear how the gameplay will work.