You may be forgiven for having become jaded with the glut of apps that swamp the mobile world. However, some apps still stand out, boast a storied and fascinating history, and are genuinely able to enhance one’s working or personal life.

One such example of an iOS app that ticks all these boxes is Tempo Smart Calendar (Tempo), which recently became available to South Africans after having been exclusive to the US app store.

In an interview with San Francisco based Raj Singh, Tempo AI's co-founder and CEO, it quickly became apparent that this free app is far more than a run-of-the mill calendar or personal information management (PIM) app.

A purpose for being

Singh explained that he firstly wanted to build an app that catered to busy business professionals and enabled them to more easily address common predicaments, such as managing and coordinating a packed calendar, dealing with the stress of running late for an appointment, and generally making one’s working life easier. Further, the premise behind the app was to offer its users a smart, predictive AI (artificial intelligence) assistant, which was able to predict information that may be valuable to its user.

Thus, the app is able to intelligently analyse information gleaned from one’s contacts, calendar and email, assesses what is important to the user and then offers up useful tasks. These include being able to quickly dial into conference calls with a single touch; show relevant emails or company information prior to a meeting; more easily contact anyone in one’s calendar; and send running late messages at the touch of a button. In essence, it transforms one’s calendar, email and contacts from a flat view of information into a rich and lively means of managing and responding to the information contained within.

This certainly elevates it above being an ordinary calendar app, even though in appearance and use, it is just as easy to use and equally as accessible. 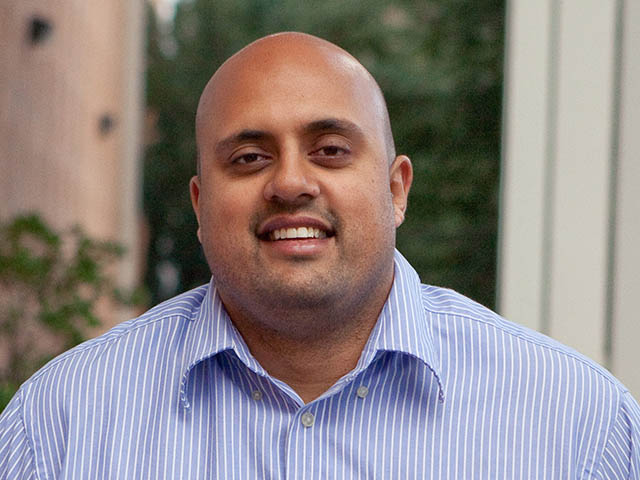 Beyond Tempo’s ambitious functionality, no less interesting is its storied inception. The app was incubated at the Stanford Research Institute (SRI), a division of the prestigious Stanford University, that subsequently spun out on its own. This, apparently, was the same institute which resulted in several other innovations we now take for granted, the likes of HDTVs, bleach and radar.

Singh explained that a great deal of research was conducted at SRI but never commercialised. Some of it though did find its way into the public consciousness, with the most famous of these becoming Nuance, now credited with ultimately resulting in Apple’s Siri.

The only bad news for non iPhone users is that the app is currently built for that device only (although you can download it to your iPad as an iPhone app). The good news though, is that Tempo is slated for an iPad-specific build in the near future, as well as coming to Android smartphones and devices down the line too.

“Our goal from the beginning has been to make Tempo pervasive,” explained Singh. This though, is not a simple case of just porting the app across, as he explained that the user experience differs depending on whether Tempo is used on a desktop, smartphone, phablet or tablet and according to the various screen sizes on which it is deployed.

For example, he elaborated, tablets users tend to invite a “lean back and management” approach to their calendar, whereas smartphones invite a “quick instant reaction type” approach. Phablets however, offer the more interesting user cases, as they typically blend a larger screen with the similar portability found on smartphones. 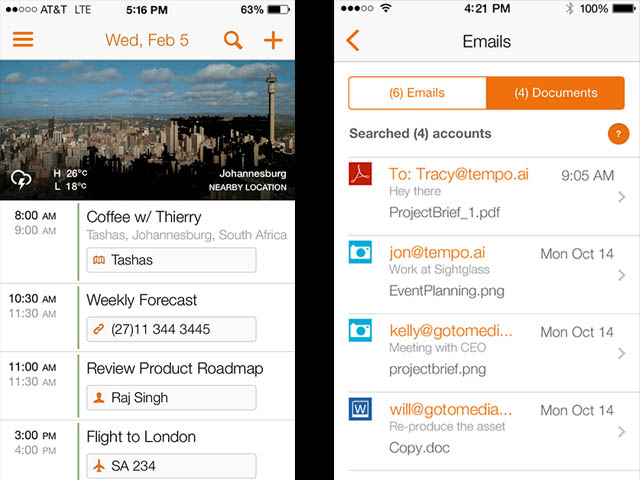 Two screenshots show Tempo in action. The one on the left shows a daily overview, whereas on the right, the apps highlights relevant documents for several meetings during the day.

While the app is currently free, users can expect a more advanced premium paid version down the line to sit alongside it in the future. Furthermore, Singh enthused that even more features are being planned in the future. “We want to be able to pull in more kinds of data that would enable richer collaboration, as well as more contextual actions on the assistant side, such as sending flowers from within the app when one’s anniversary or a special occasion arises,” he elaborated.

As it stands though, the app is easy to use, although this belies its sophistication. In our use of it, we found it only required a few minutes upon installation to scan through our ever-burgeoning calendar, email and contacts before it was ready to start offering up richer functionality. A single tap within Tempo’s calendar view, for example, brought up Google Maps to an impending appointment. Another tap within the appointment and up popped a relevant email detailing information the app ‘thought’ we might find useful for the same appointment (it was).

If we needed to email a contact (still within our calendar now), from Tempo we could simply tap their name and we would automatically have all their contact information at our fingertips ready to dash off an email – without having to go search through the reams of our contacts or emails to find what we were looking for. In short, if Tempo was impressive to hear about, it was even more so in actual use. 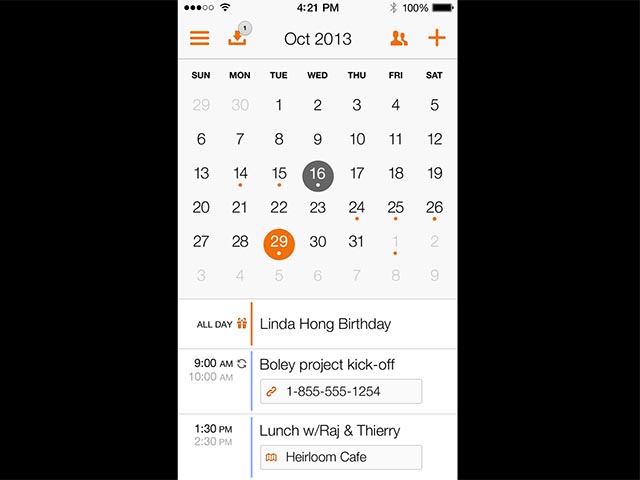 Furthermore, with the seemingly unstoppable and exponential increase in data that businesses and individuals alike are swamped with in the digital age, it’s certainly easy to see why a smart personal management assistant could be a saving grace from the influx of information that working professionals need to keep on top of. Granted, Tempo may not be Pepper Potts, but for those of us who similarly cannot claim to be Tony Stark, it could just be the next best thing.